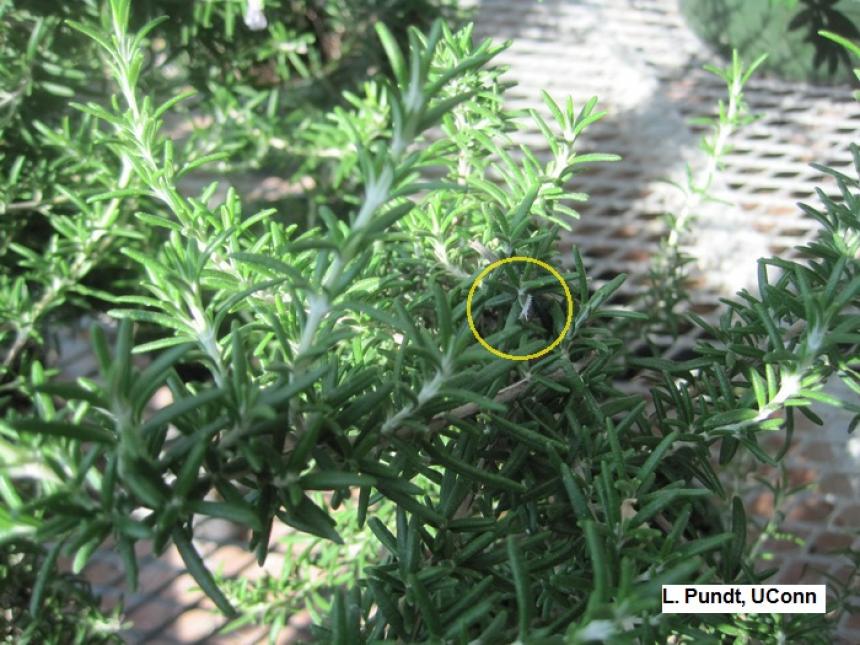 Mealybug destroyer (Cryptolaemus montrouzieri) is a beetle in the family of ladybirds. All moving stages feed on mealy bugs. The eggs are laid in mealy bug colonies that hatch into larvae. The larvae resemble mealybugs, covered with waxy appendages, however they are much more mobile and as they develop become longer. A young larval stage is circled in this photo. Mealy bug destroyers have usually four larval stages, a pupal stage and adult beetle. They pupate in convenient places (undersides of leaves etc). The adult beetle is dark brown with reddish brown head and thorax. 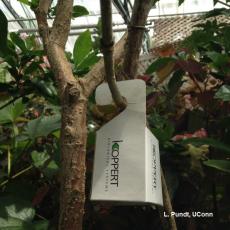