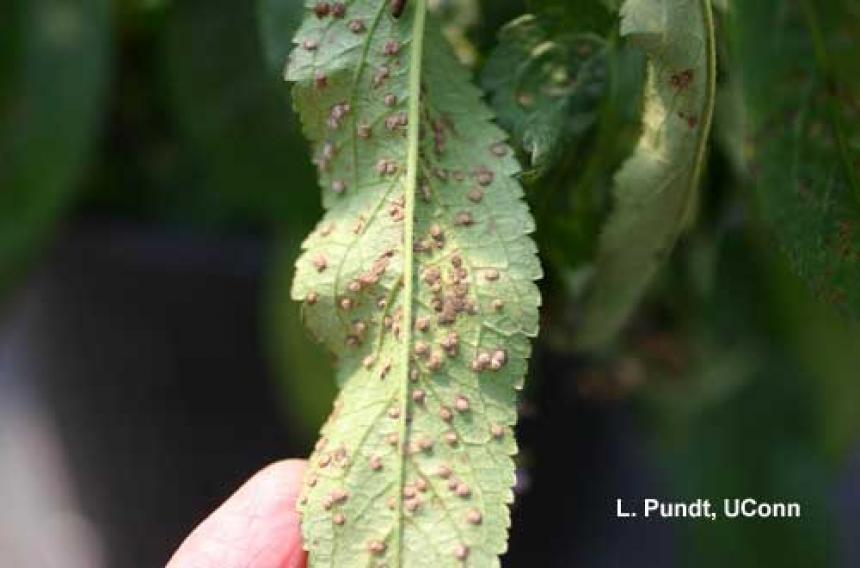 Rust on veronica is caused by the fungus Puccinia veronicae-longifoliae . This fungus has been reported on three different species - Veronica spicatum, Veronica longifolia and Veronica montana. Reddish-brown necrotic sunken spots with a faint yellow margin are first observed on the upper leaf surface. Reddish-brown to tan pustules then develop on the undersides of the leaves as seen here. In severe infestations, plants can become defoliated.

If only a small number of plants are infected, removing infected leaves may help reduce spread. Remove badly infected plants. At the end of the season, carefully clean up and destroy all crop debris. Use a greeenhouse disinfectant to clean up the greenhouse. Rust diseases produce a large number of spores.

Fungicide applications must be used preventatively, rather than curatively. 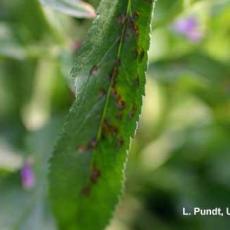