The University of Massachusetts Crops, Dairy, Livestock, and Equine team would like to congratulate Barstow's Longview Farm for receiving the 2016 Outstanding Dairy Farm Award.

Barstow’s Longview Farm has been a working dairy farm since the early 1800s situated in a small picturesque hamlet called “Hockanum” which has been designated as a National Historic District on Route 47 in Hadley. They are member-owners of Cabot Creamery, a 1,100+ farm family dairy cooperative with members in New England and upstate NY. Barstow’s Longview Farm is run by 6th generation brothers, Steven and David, along with Steve II, 7th generation.  The farm expanded in 2008 and opened a year round farm store and bakery that serves breakfast and lunch, as well as local products including dairy, their own beef, and specialty food products from area food producers. The Barstow’s have a deep commitment to the land and the environment and continue to be stewards to the land.

Their most recent project includes an anaerobic methane digester, installed in 2013.  They are turning cow manure and feedstock into electricity. In partnership with, Vanguard Renewables, the project aims to manage organic byproducts from Massachusetts food companies, produce fertilizer products, generate renewable energy, and reduce greenhouse gas emissions while supporting small scale farming. Manure and feedstock is mixed and digested to produce annually over 18,000 MWh of electrical energy, 70,000 MMBtu’s of thermal energy, and 58,000 tons of liquid fertilizer.  One Barstow cow is producing enough electricity to power one average Massachusetts home and removes the equivalent greenhouse gases of three cars per cow from the atmosphere.

The Barstows invested in four milking robots to milk their 225 milking cows.  The four ‘Lely Astronaut’ milking machines allow our cows to choose when and how often they are milked.  The robots closely monitor cow health, while allowing more farmer freedom to take care of the many other demands on the farm. We are already seeing the benefits including an increase in milk production.

We continue to look toward the future with the sustainability and future of our dairy farm and the planet in mind. 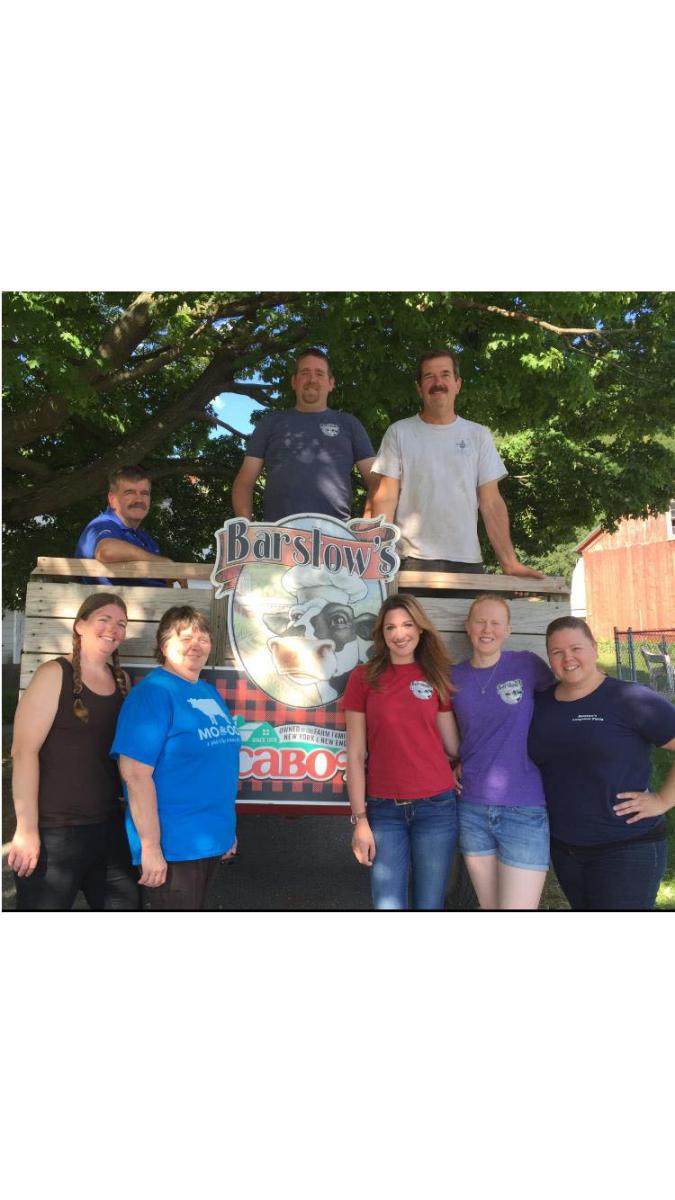