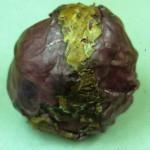 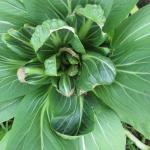 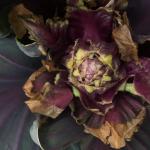 Avoid conditions that favor rapid growth such as excess nitrogen. Maintain optimum fertility with a phosphorous to potassium ratio of 1:1. Irrigation may be necessary to maintain even soil moisture. Additions of calcium to soil or as a foliar application do not alleviate the problem. Prompt harvesting of crops reduces this disorder. Cultivars differ in susceptibility.