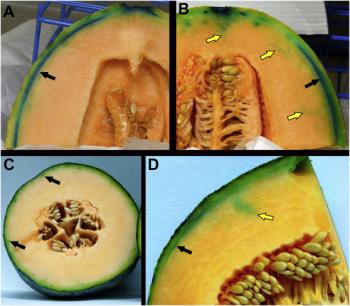 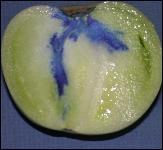 Factors that affect infiltration rates include:

Infiltration has recently become a topic of conversation because of its inclusion in the Food Safety Modernization Act Produce Rule, where growers are required to monitor the temperature of their produce wash water and maintain it at a temperature that will minimize the potential for infiltration. Before FSMA, USDA-GAP, the national voluntary food safety certification program, also required that recirculated dunk tanks be maintained at temperatures appropriate for the commodity, including to minimize the risk of infiltration.

Forced-air cooling is a system in which boxes of produce are stacked up in parallel rows in a cold room, and a tarp is run across the aisle between the rows. Cold air from the room is pulled through the boxes of produce and the resulting warm air is pushed out with a blower. Forced-air cooling systems can be implemented on small scales and cool produce 75-80% faster than simply placing field-temperature produce in a cooler. 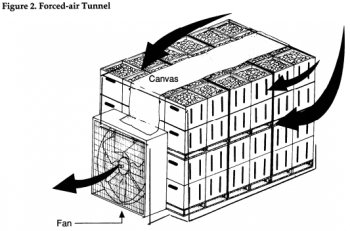 For more information on forced-air cooling: