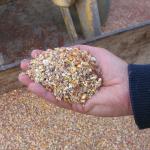 Massachusetts has over 1,000 growers producing greenhouse crops in 12 million square feet of protected growing space (2002 Census of Agriculture). Most of Massachusetts’ greenhouses are heated with either fuel oil or liquid propane. While there are no firm figures available, we estimate that total use of fossil fuels for greenhouse heat is equivalent to nearly 1 million gallons of fuel oil, with emissions in the range of 22 million pounds of CO2 annually.

Floriculture and vegetable growers face continued economic risk from volatility in energy costs. For both vegetable and floriculture industries, solving the question of how to heat greenhouses often means the difference between staying in business, or not.

This project focused on shelled corn, a renewable heat source that can be grown and used in Massachusetts more cheaply than fossil fuels, using available and proven technology. Changing to energy sources that can be produced locally, travel a short distance from producer to user, and that have a high ratio of energy output to fossil fuel input is key to a viable future for farming in Massachusetts.

The emphasis of this project was on making the best possible use of our land for food and fuel production and not to detract from our ability to grow food crops.  We're envisioning a system where fuel crops become a valuable rotational crop in vegetable farms and an alternative revenue stream for dairy farmers. 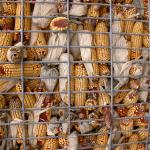 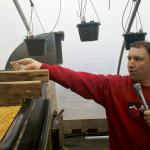