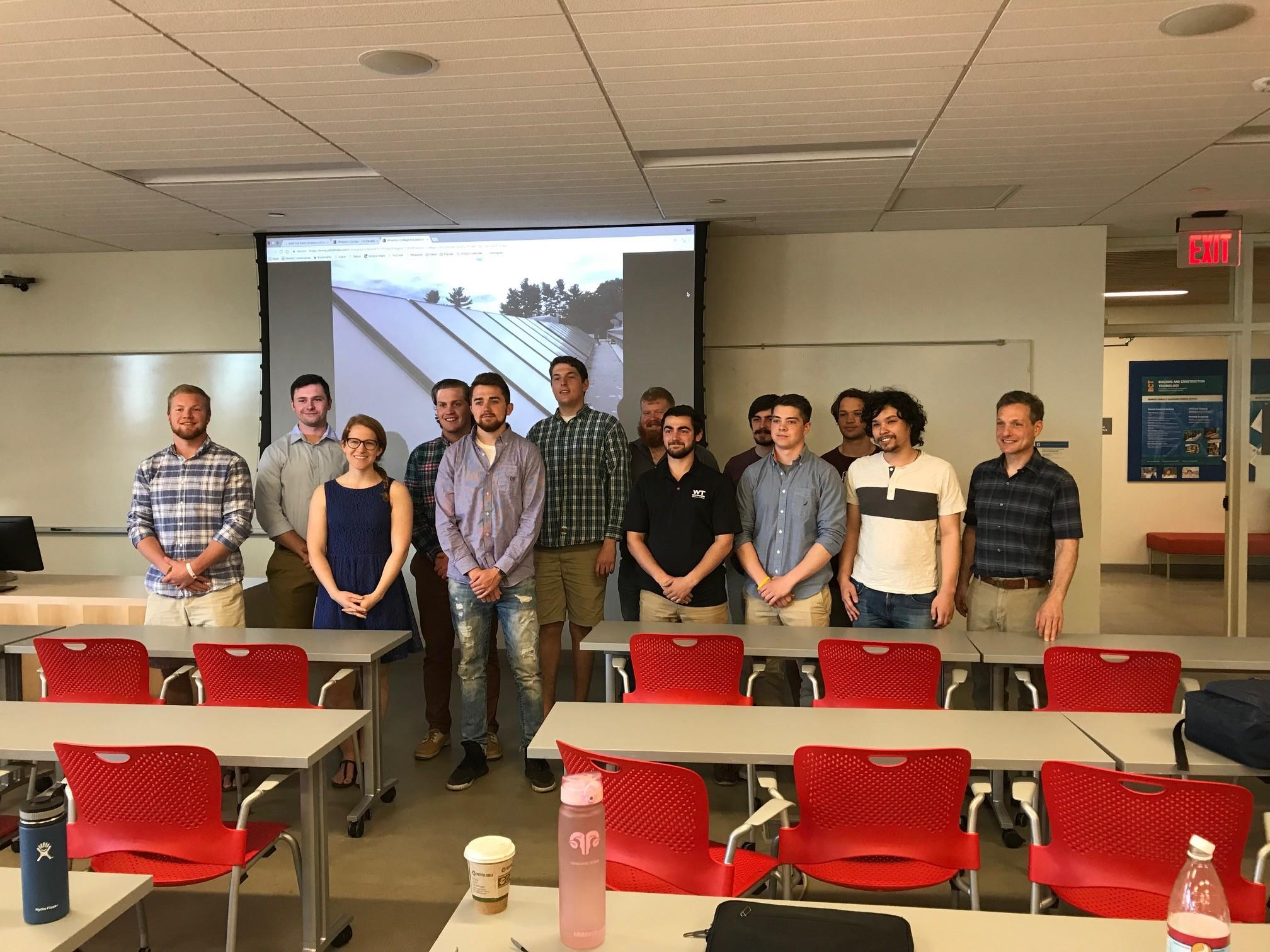 As a component of their Spring 2018 course, the UMass Clean Energy Corps presented their findings this week to stakeholders from the municipalities of Northampton, Ashfield, Shelburne, Goshen, and Windsor. Faculty and staff from the Building Construction Technology program and the Clean Energy Extension were also in attendance. Working with professor Dr. Ben Weil, the students visited the various communities over the course of the semester, conducted in-depth analyses, and then developed proposals that would cut energy use in the communities’ highest energy-consuming facilities by as much as 72%.

Community stakeholders were actively engaged throughout the process: Andrew Baker, of the Shelburne Selectboard, was excited about the potential not only to make the Cowell Gym facility much more energy efficient but also expand its functions and move some city offices into the lower level, since the Energy Corps proposal would also solve a long-standing mold problem. Mary Quigley, from Ashfield, commented that she was sure that the building operators would “buy in” based on the level of the student analyses. Chris Mason, the Energy and Sustainability Officer for the City of Northampton, also saw big potential for energy savings at JFK Middle School and for moving the school away from consuming natural gas and towards renewable energy sources. As part of their final projects, the Corps students will next submit written reports for the towns to use as a basis for project discussion and decision-making.