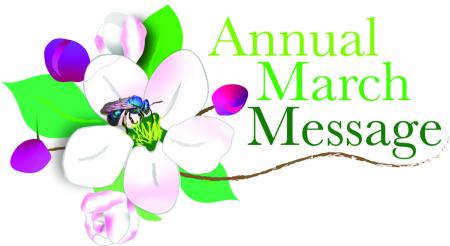 March 5, 2020
The Annual March Message to Massachusetts Tree Fruit Growers began in 1979, under the leadership of world renown tree fruit entomologist and IPM innovator, Dr. Ronald J. Prokopy.  Dr. Prokopy led this effort, writing most of the extensive publications, for 26 years until his passing in 2004.  The March Message was reborn 15 years later in 2019.
As in previous editions, the goal of this publication is to bring you a summary of IPM-related findings and situations that occurred in the preceding growing season, and new information and thoughts related to IPM. We have added new sections on Horticulture, IPM around the country, and IPM around the world in an attempt to be as comprehensive with the update as possible. The information presented stems from work done at UMass and from colleagues from other New England states, New York, and from other states. The Annual March Message is a collaborative effort.