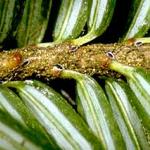 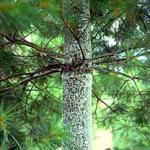 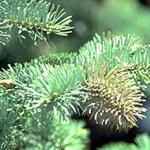 Adelgids are small, aphid-like insects that are always associated with conifers. At one time, they were considered to be aphids but now are in their own family (adelgidae) within the insect order Homoptera. They are most closely related to the woolly aphids (Eriosomatidae) and the Phylloxeran aphids (Phylloxeridae). Both of these aphid groups have members that are associated with producing wax and galls; they also have very short or no cornicles.