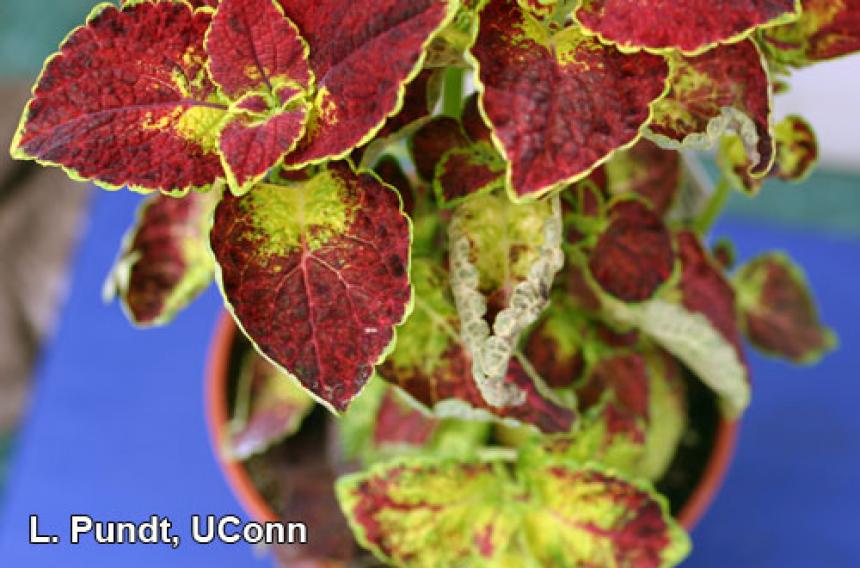 Downy mildew caused by species of Peronospora, Bremia, Plasmopara, and Basidiophora has become a serious problem in the ornamental industry. The pathogens are obligate parasites that infect certain species of ornamentals selectively.

Downy mildew of Coleus, Peronospora lamii, was first detected in New York and Louisiana in 2005; by 2006 it was present throughout the United States. Symptoms include brown, irregular lesions on leaves, leaf drop, and stunting of seedlings. Because the lesions are irregular, infection can cause the leaves to twist and distort before dropping. In cool, wet, humid conditions sporangia may be visible to the naked eye as as a downy gray to purplish growth on leaf undersides. Sometimes Downy mildew infection is obvious and sometimes it can go unnoticed until environmental conditions favor disease development. Under the right conditions, disease spread is very rapid. It is important that coleus plants not be carried to the next production season. Growers should resist the temptation to save their favorite cultivars or to harbor ‘pet plants’ in production greenhouses. It is also not advisable to use coleus in outdoor flower beds near greenhouses. Coleus plants may arrive at a greenhouse in apparent good health that harbor the disease. All new shipments should be carefully inspected and kept in a separate area for observation, if possible. Both seed and vegetatively propagated types of coleus are susceptible. Although all coleus are susceptible to Downy mildew, cultivars vary in their reactions. Scout greenhouses regularly for symptoms of Downy Mildew and apply fungicides on a preventive basis in a regular spray program once the disease is detected. Fungicides registered for Downy Mildew include Alliette, Alude, Stature, Subdue Maxx, Heritage, and Compass O. Apply these chemicals in a tank mix with contact fungicides such as chlorothalonil, copper, or sulfur and rotate among chemical classes to prevent fungicide resistance development in the pathogen population. 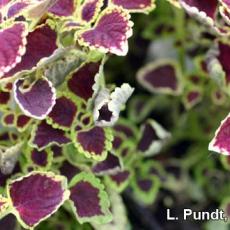 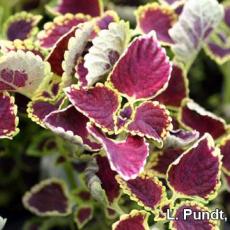 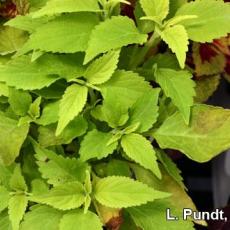 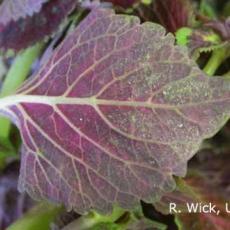 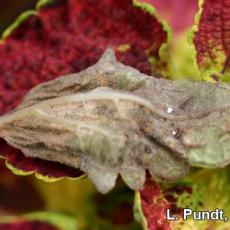 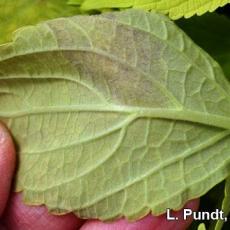 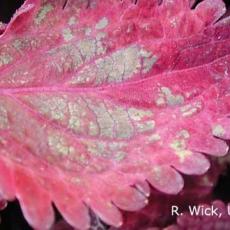