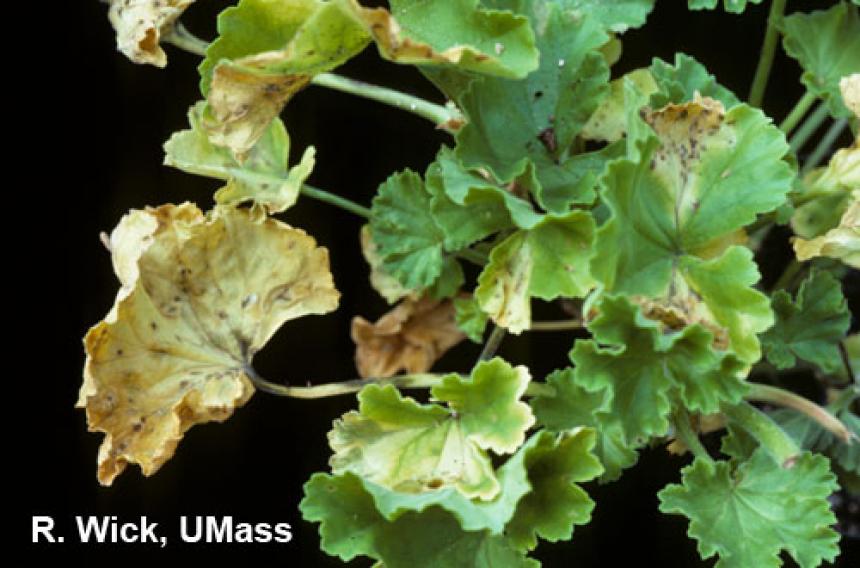 Bacterial blight caused by Xanthomonas campestris pv. pelargonii. This disease is very destructive to Pelargonium and Geranium. Since the bacterium is highly host specific, the most likely source is the host plant. The bacteria can survive in undecomposed plant tissues for as long as a year and it can reside on the foliage for several moths before initiating disease. It almost always becomes systemic in geranium. Stock plants may not show symptoms but harbor the bacteria resulting in infected daughter plants. The cutting knife is a common means of disease spread among stock plants. Good sanitation practices and a culture-indexing program are the only tools for controlling this disease. Affected plants should be discarded promptly. Workers should wash their hands after handling diseased plants or soil. Diseased plant debris should be removed from the growing area. Handling of wet foliage should be avoided. Since bacteria can be spread from plant to plant by irrigation water, minimize splashing and reduce leaf wetness by spacing and practices such as ebb and flow irrigation. Do not grow hanging baskets of ivy geraniums above benches; dripping of water to the geraniums below is an important means of transmission. Seed geraniums should be kept separate from vegetatively propagated geraniums and if possible geraniums from different sources should also be separated. Copper compounds (Kocide, Phyton 27) may help prevent spread of the disease, but will not cure infected plants. Phytotoxicity has been reported, so apply the materials to a small set of plants before applying to entire crop. 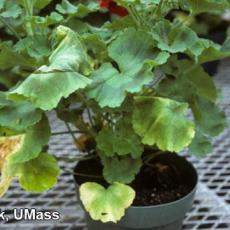 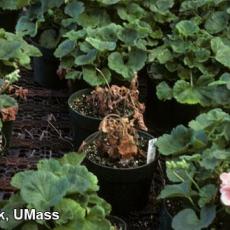 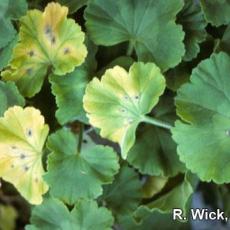 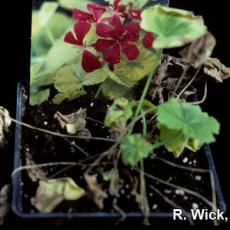 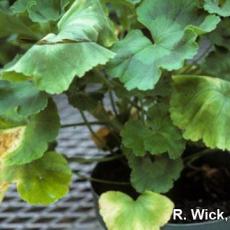 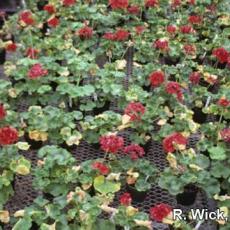 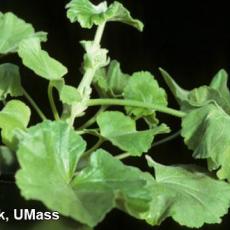 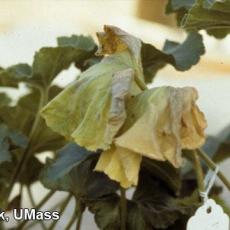 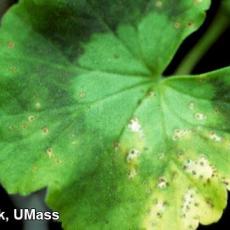 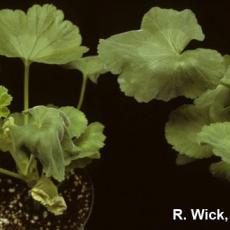 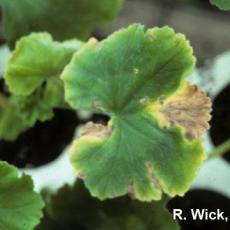