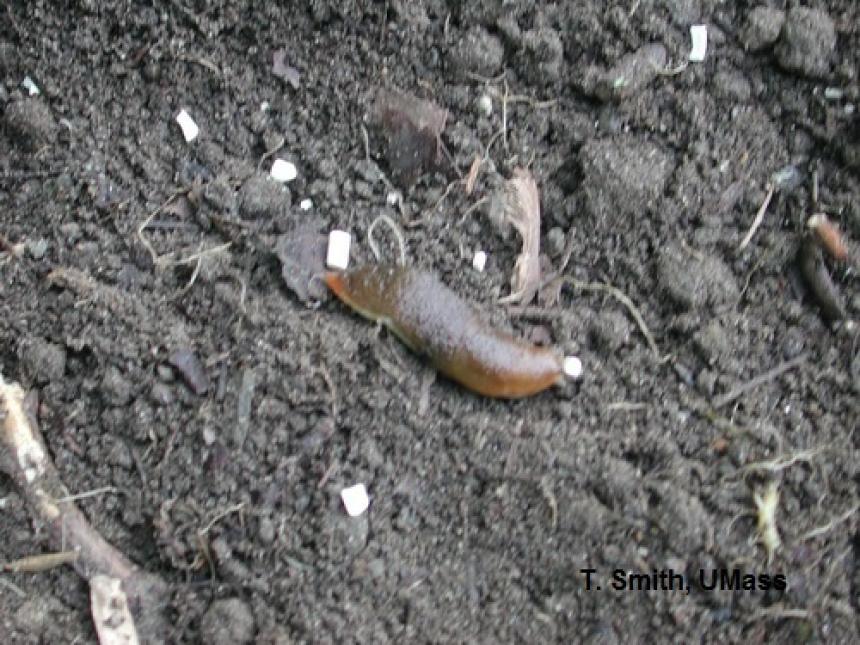 Both snails and slugs are members of the mollusk phylum. They are similar, except that slugs lack a shell. Slugs move by gliding along on a muscle that constantly secretes mucus.

Moist, rainy conditions bring out the slugs. Slugs feed actively at night, and injure plants by chewing ragged holes in leaves or stems. Feeding damage caused by slugs may be confused with damage caused by caterpillars, however caterpillars leave fecal droppings. Slugs leave shiny trails of dried slime. The slime helps protect their bodies from desiccation. After mating, adults lay round, clear eggs in clusters in damp locations. Slugs mature over several months to a year. Slug baits although messy, are probably the most effective tool for management.

Commercially available baits contain either iron phosphate, or  metaldehyde.  Iron phosphate (Sluggo) is available as slug bait. Slugs consume the iron, a heavy metal, which is toxic to them, become less mobile and begin to die within three to six days. According to the label, Sluggo can be used around pets and wildlife.  Formulations are available both for growers and for home gardeners.  Baits containing metaldehyde (Deadline M-Ps, Deadline Bullets) work by stimulating water loss in slugs through excessive mucus secretion and through partial paralysis. The problem is when there is high humidity, the slugs do not dehydrate quickly enough and the poison may wear off before death. Metaldehyde baits may be more effective if days are sunny and warm, so that the slugs desiccate and then die. This bait is toxic to animals, so keep pets away.  Methiocarb (Mesurol  75-W) acts as a stomach poison and may be more effective under cool, wet conditions than metaldehyde.  It is available as a wettable powder to be mixed with water and applied as a spray to protect plants.

A copper barrier can be used as an alternative to baits. Copper strips wrapped around greenhouse bench legs or placed on raised beds will act as a repelling barrier. The copper emits a small electrical charge that repels slugs.

Good resource on snails and slugs by Oregon State University 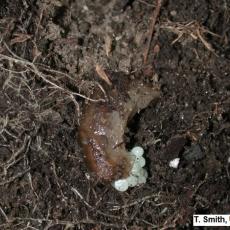 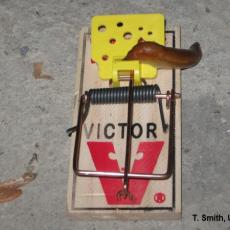