2017 Massachusetts Agricultural Census: Read All About It! 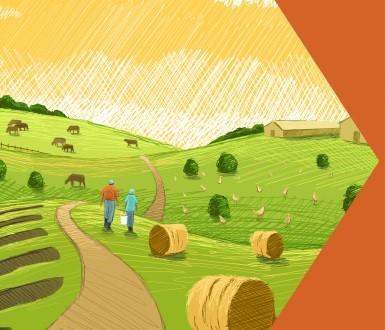 If you are a grower, work for an agency, non-profit organization, or business that intersects with agriculture, the document you’ve been waiting for is now available. The results of the every-five-year federal census of agriculture came out months ago, but now you can make use of an easier-to-read version of the results for Massachusetts. Our website now offers an overview of the results of the 2017 Census in Massachusetts. We are grateful to the Department of Resource Economics at UMass Amherst who prepared these user-friendly documents.

What Can You Find?

What Else Can You Learn?

In 2017, the Agricultural Census changed the way it counts the people who run a farm. To better capture the roles of multiple operators involved in decision-making, the 2017 Census allowed respondents to identify up to three Principal producers. To bridge the gap between 2017 and previous years, the Census uses a complex statistical edit to identify a single Primary Producer from among the identified principals. This is a change from previous census years, when respondents were asked to identify one Principal Operator.