UMass Extension In Your Community

UMass Extension, educational outreach unit of the UMass Amherst Center for Agriculture, Food, and the Environment and part of the national Cooperative Extension System, works across all regions of the Commonwealth of Massachusetts. To see more information, please click on each region on the map. 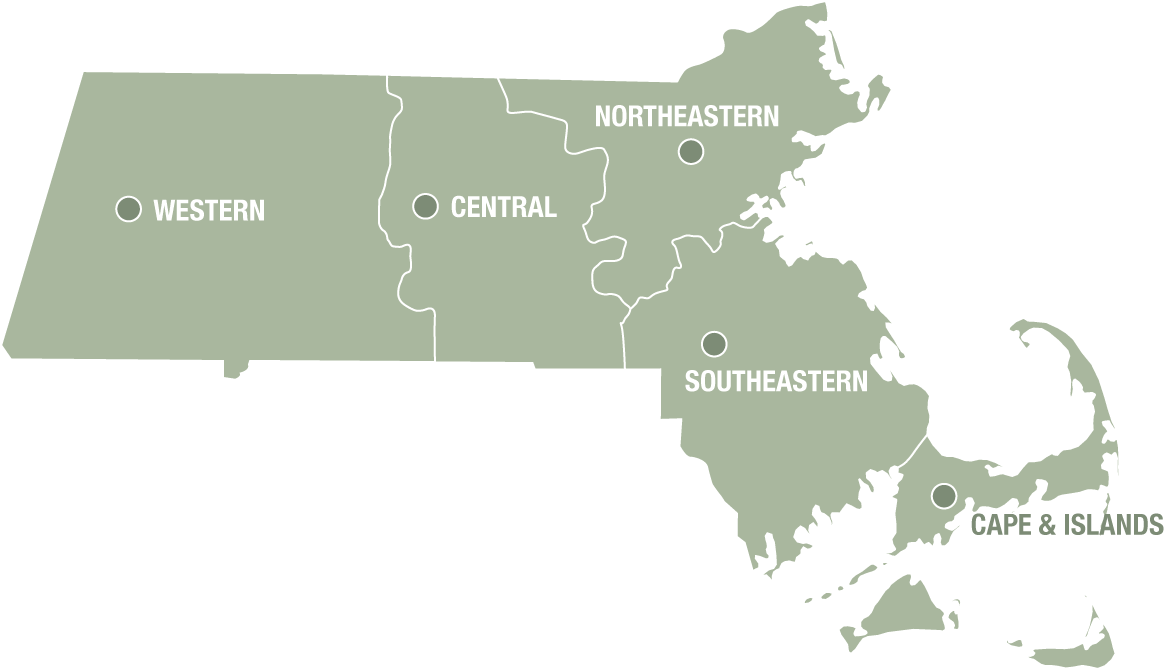 Cooperative Extension was formed nationally by an Act of Congress in 1914 as a three-way partnership. The three partners were the land-grant university in each state (such as UMass Amherst in Massachusetts), the federal government (through the United States Department of Agriculture), and local government (through the counties). True to this model, Extension in Massachusetts had county-funded offices in each county until the 1980s. At that time, the county system of government in Massachusetts began to have a reduced role. This change continued until many of the counties ceased to exist as governing entities in the state. Notable exceptions to this were, and are, Barnstable County (Cape Cod), and Plymouth County, in nearby southeastern Massachusetts. Within these two counties Extension is funded by the county and programs are delivered in collaboration with UMass Amherst. However, for much of the state, responsibility for funding local Extension efforts has shifted to the state and the University of Massachusetts.

Much of Extension’s work in local communities is part of larger statewide projects conducted by one or more of Extension’s programs. Local offices now tend to be focused on one program or project rather than on the full suite of programs found in past decades in the general county-based offices. You can see more about these efforts by clicking on the sections of the map on this page as well as by exploring the programs themselves.