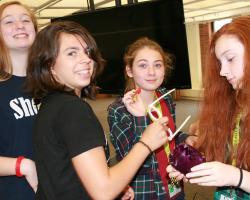 Remember the Replicator on Star Trek? This summer’s 4-H campers are a little young to remember that (they’ll have to wait for next year’s Star Trek Beyond movie to be released). Ok, while we may not yet have that Replicator, we are definitely getting closer. 3D printing technology is rapidly becoming commonplace at work, in schools and at home. 4-H campers discovered this for themselves during their recent Science, Environment and Technology (SET) Camp at UMass Amherst.

Students were taught how to design and then print objects at the new Innovation Center in the Digital Media Lab (DML), part of the University’s W.E.B. Du Bois Library.  While some of these young learners had already used this technology in their own schools, others were clearly amazed at the ability to create their own customized items. Imagine printing your own wearable items (shoes? jewelry?) toys and sculptures! The campers learned that a Chinese company has even printed a real full-size 3D home. Seemingly, one’s imagination is now the chief limiting factor to what can be created through this technology.

Two pro’s helped guide campers through the intricacies of 3D printing technology. Alexa Fleishman, co-founder of Savvy Society—an online educational platform to expose people to “STEM” (Science, Technology, Engineering, Mathematics)--walked the young innovators through design basics using a free online design tool called Tinkercad.com. Alexa, a 4-H alumna, made designing easy and encouraged students to think of the final printing as a “crazy souped-up glue gun.” Supervisor of UMass Digital Media Lab Dennis Spencer then demonstrated the next step: how to print their new creation. 3D printers are similar in size to a home printer with a thread of corn-based filament snapped in place rather than a paper tray. Because the printing occurs in multiple very thin layers, the time to print an object depends on how tall or complicated the design is. About what one can print? Dennis: “the sky’s the limit.”

Demand for learning about and using 3D printing technology is ramping up quickly. The DML is actively planning ways in which to make printers available to academic interests this fall.

Despite the fact that some students had not seen a 3D printer before attending class, by the time they left, design and production ideas were floating through the air with great ease.

While 3D technology classes were taking place, other campers were being introduced to a wide variety of topics. For example, Food Science Extension Professor Amanda Kinchla talked about physical properties of food focusing on their density and the ways in which different preparations change the final product.   Elsewhere, campers learned how to edit movies on tablet computers as music clips and videos were woven together. Solar cars and robotics vied for hands-on modeling while the horse barn was busy with students drawn more to large four-legged creatures than to computers. 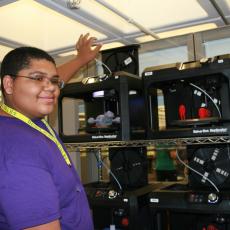 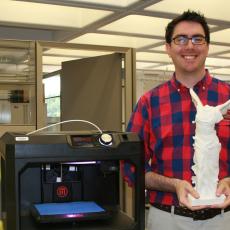 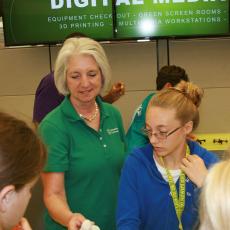 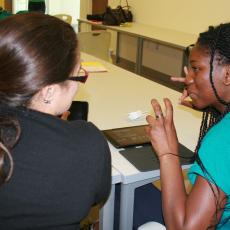 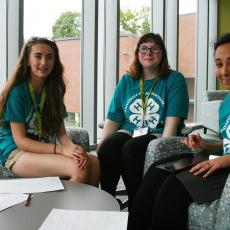 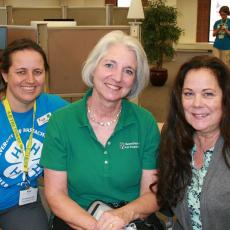 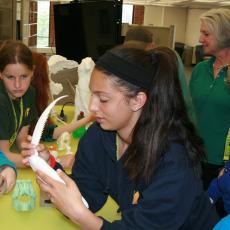 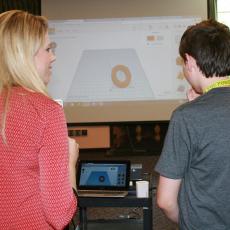 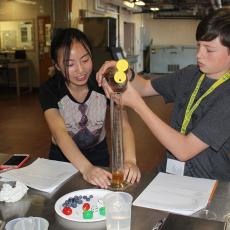 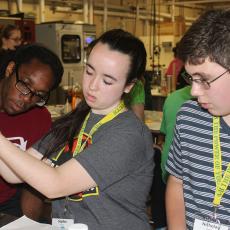