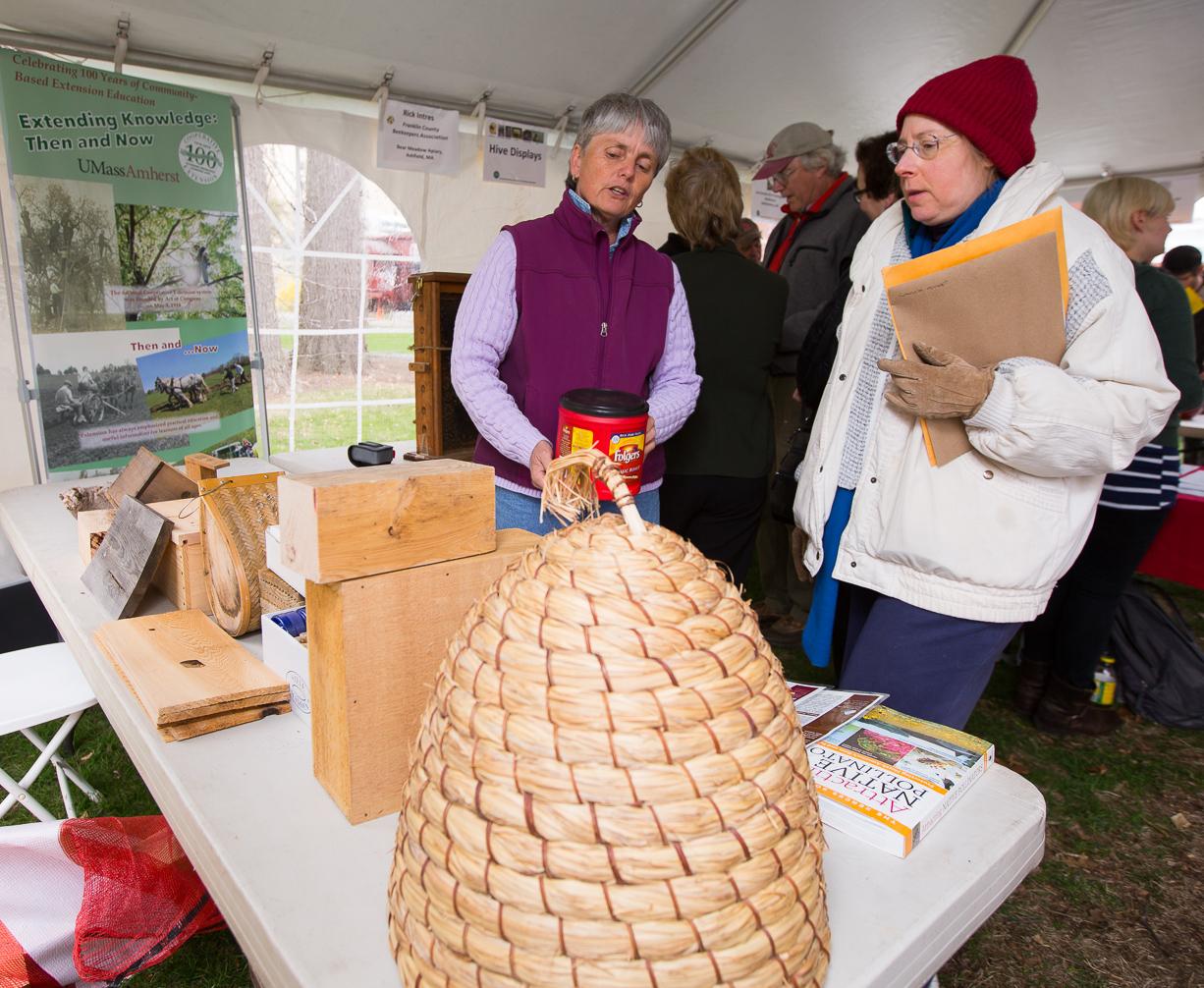 A “beehive of activity” had the campus “abuzz” on April 23 at one of the public events held during Pioneer Valley Bee Week, a western Massachusetts initiative to raise awareness about bee health, bee hives and bee habitat. The event was also one in a series of 2014 events commemorating a century of Extension service and education across the nation. “Bee Smart, Amherst” was held near the gardens in front of Stockbridge Hall with area beekeepers, UMass Extension educators and students from the University’s Fernald Club and Student Farming Enterprise on hand to provide hands-on learning moments for attendees… just as UMass Extension has done for 100 years.

The atmosphere became festive with live music from on-campus jamming bluegrass group “Industrial Waste” featuring, among others, (and not too ironically) long-time UMass Extension entomologist Craig Hollingsworth. Children, and an adult or two, took a crack at a bee piñata made especially for the event by a local physician and bee-lover was filled with honey candy and bee toys. The importance of providing appropriate habitat was shared by many presenters along with take-home lists of bee-friendly flowers and plantings to attract and feed pollinators. Given the heightened interest in bee health and the reality of colony collapse disorder, attendees scooped up the information.

UMass Amherst has a rich history of bee education. In 1913, the then new Apiary Laboratory was described as “the first in the world erected exclusively for beekeeping.”  For background on this and other early beekeeping courses and efforts at Mass Aggie, refer to “Apicultural Studies at UMass Their History and Future,” compiled by Ken Lefebvre, ‘13. 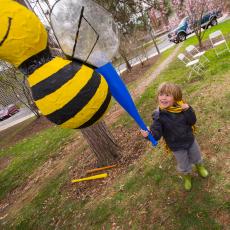 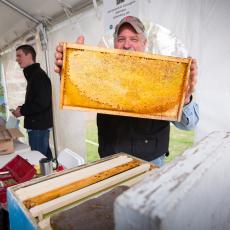 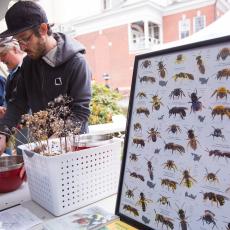 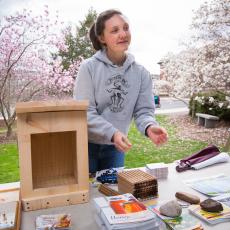 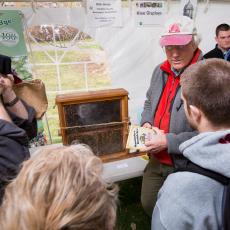 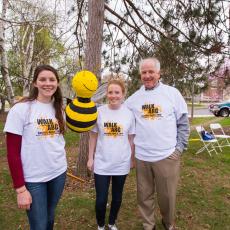