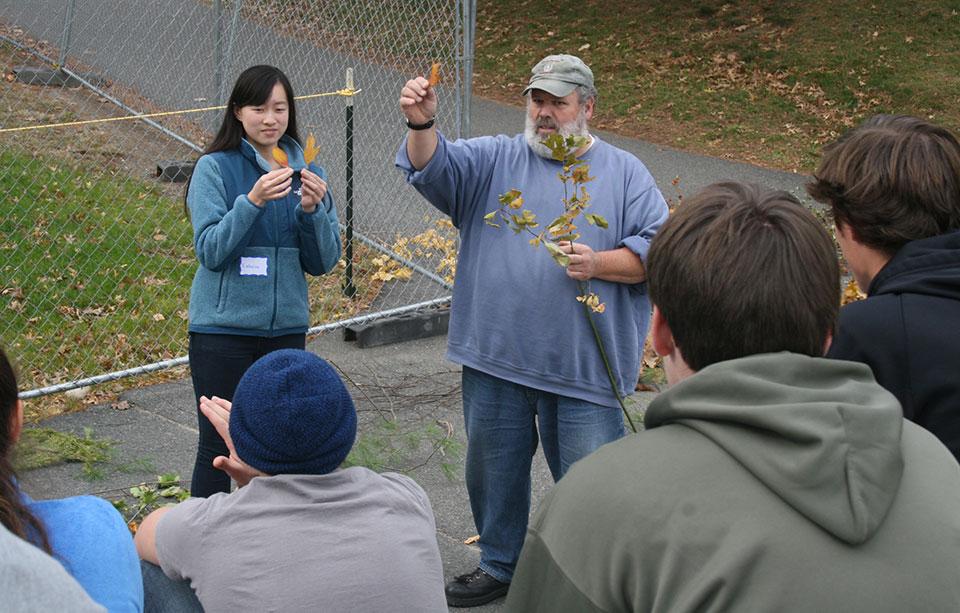 There was a buzz in the air as they arrived from Cape Cod, the North Shore, Central and Western Massachusetts.  Planning for the 26th year of Massachusetts Envirothon was well under way, as over 200 students from 23 high school teams across the Commonwealth gathered at UMass Amherst on November 5th for a jam-packed day of education and preparation.

Will Snyder, UMass Extension Educator and Chair of Mass Envirothon, said, “The enthusiasm is high this year.  We have more teams than ever before and greater numbers of student participation.”

This workshop for Teams and their Coaches was created to inspire, train and encourage outdoor experiential learning.  Young people who sign up for the Mass Envirothon have the opportunity to learn about team work and often participate in community decisions and action.

Later in the annual process, another event will be held on May 14, 2015 when all teams will come together at Quabbin Reservoir for a day-long competition. This year’s current issue is, “Climate Crisis: Taking Action in Massachusetts Communities.”

The Envirothon is North America’s leading natural resource education program for high school students, emphasizing hands-on, team-oriented problem-solving and community involvement to prepare young people for environmental careers and active citizenship.  Since it is a competition, students will not only be gaining valuable scientific knowledge about natural resources, but they will also gain life-long skills as they make formal presentations and get involved in community service. The winning team represents Massachusetts in a national competition to be held at Missouri State University July, 2015.

Naomi Desilets, now a freshman at UMass-Amherst, is a big supporter of Massachusetts Envirothon.  In fact, her participation as a team member at Worcester Technical High School for three years led her to apply to UMass. She is enrolled in the Environmental Science program and credits her academic path to her experience with the environmental competition.  Naomi recalled one of her favorite competitions featured the topic of vernal pools, which were right outside the front door of her high school, making the team research very relevant.   “I am inspired to make people more aware of issues of sustainability. I am especially interested in teaching young children because you have an opportunity to help shape their ideas about how to become environmentally-responsible stewards,” she said. She made a special effort to cheer on her high school team during this workshop.

Joanne Bernier, coach and mother of UMass student Meghan, is an enthusiastic supporter of this event.  She remarked, “I have been coaching for many years and know the rich value of this program and of University of Massachusetts involvement. My daughter is an ICONS student and has a love of science she will build on throughout her career.” (ICONS stands for Integrated Concentration in Science and is a new UMass major emphasizing interdisciplinary teamwork.) 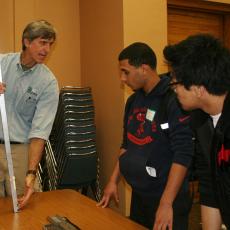 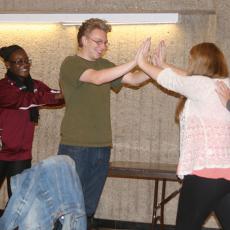 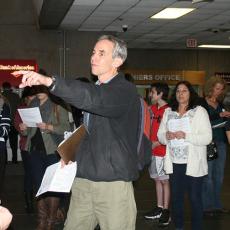 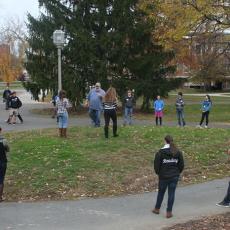 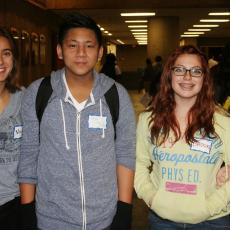 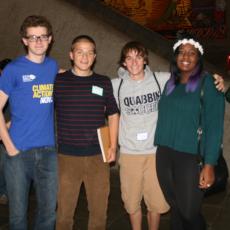 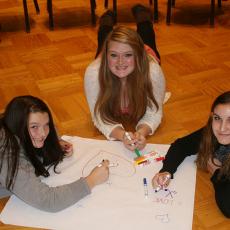 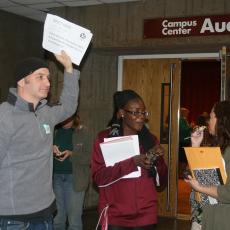 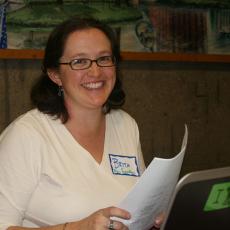 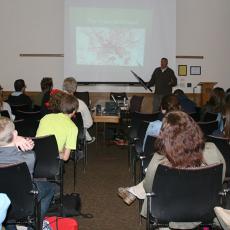 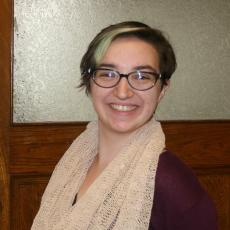