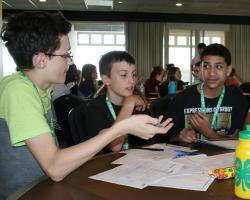 Celebrating a Decade of 4-H Summer of Science: Animals, Apps and Environment

Climate change, over-fishing, biodiversity, deforestation and declining bee populations. Serious stuff. Perhaps these topics are not what you imagine 12-16 year olds spending their summer time thinking about… but you would be wrong.

To mark a decade of their “Summer of Science” program, Massachusetts 4-H Youth Development Program leaders explored ways in which to make an already-successful program even better.  This June, the result of good planning brought together eager young students from across the state to discuss real issues and make real recommendations for how to address them. They were extraordinarily invested.

Mass. 4-H has honed its ability to create opportunities with both traditional 4-H choices (livestock, horses, and other animals) as well as high-tech options (robotics and phone apps, for example). In 2017, forward-thinking 4-H leaders obtained a grant from Google that provided 30 new Chromebook laptop computers to Mass 4-H. Then an engaging new project partner joined the team from New York-based Tata Consultancy Services (TCS) [embed https://www.tcs.com/]. Tata sent Hillary McDonald to walk young students through the exercise of exploring world problems that need to be solved, choosing one, forming a team, using an MIT App inventor and creating their own phone app to create solutions for the issue they chose.

Teamwork was in fine form as teenagers huddled around laptops to grapple with environmental challenges. In a fast-paced afternoon, computational skills were on display.  Ideas were shared and suggestions were quickly explored, then either discarded or incorporated. Ending with a TV “Shark Tank” type presentation, students learned a massive amount in a short time, distilling information found on the internet, and working collaboratively with others, most of whom they did not know before the day began.

In addition to this large group activity, they also visited UMass Amherst’s Hadley Farm Livestock and Equine Center, where, they explored opportunities to study animal science, veterinary medicine, and other disciplines.

A Decade of Unique Summer of Science Programs

How did this all come about? In 2008, three UMass Extension 4-H Youth Development staff members, Karen Barshefsky (now retired), Carrie Chickering-Sears and Kim Pond developed the first Summer of Science. That year, it was intended to give young people an avenue to explore the University of Massachusetts Amherst for their higher education, and also to explore expanded involvement of 4-H in their lives.

4-H Summer of Science program began modestly with several consecutive day trips offering workshops on robotics, rocketry, Google Sketch-Up and Flash. As it grew, the expertise of on-campus partners was matched with new sponsors. Expanded opportunities were presented in topics including veterinary science, medical mysteries (with Boston Children's Hospital) and "Kids Capture the Universe" (with MIT Kavli Institute).  Over the years, the program has grown in scope and 4-H has been responsive to student interests with suggestions gleaned from their evaluations. For example, “Food Science” was first a small workshop, then it developed into a full track. Movie making, alternative energy, fish ecology, physics and biology workshops are all the result of direct input from campers. Although workshops change every year, somewhat in response to many returning campers, the veterinary/animal science track remains the most popular workshop.

Parent Carlos Fragata, who hails from Plymouth, Mass., has volunteered in 4-H for 17 years. He says, “4-H is highly-regarded for fostering leadership skills with youth as they learn how to run meetings, write reports, prepare financial accounts, give oral presentations and create community service opportunities.  As a parent of two girls, I am delighted about the life-long leadership skills they have developed… still serving them well as 20 year olds.”

Staff member Kim Pond, primary organizer for Summer of Science said, “This program has grown with the support of our teen leaders, 4-H volunteers, UMass departments and corporate sponsors.  This effort dovetails nicely with the mandate of a 4-H science mission and the encouragement from national 4-H office to increase opportunities in the areas of science, engineering and technology.  And the program has given us increased visibility on campus.”

Looking ahead, computer science, genomics, augmented reality and urban farming with an introduction to sustainable agriculture, are all new topics under consideration.

Watching a team of teenagers ramp up quickly to learn a new technology, observing their confidence and assurance, it is hard not to be optimistic about the future. Seeing new friendships emerge, and observing the joy on faces as the teens gained new skills or petted goats or sheep, the adults working to make the program a success had smiles on their faces at day’s end. 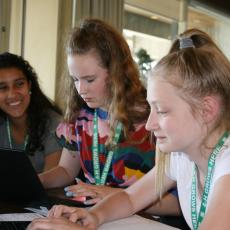 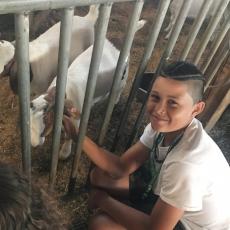 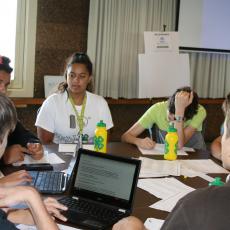 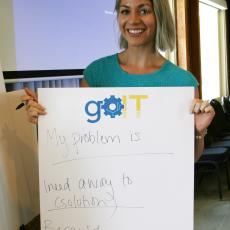 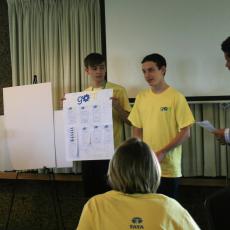 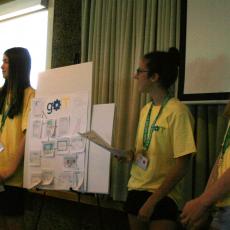