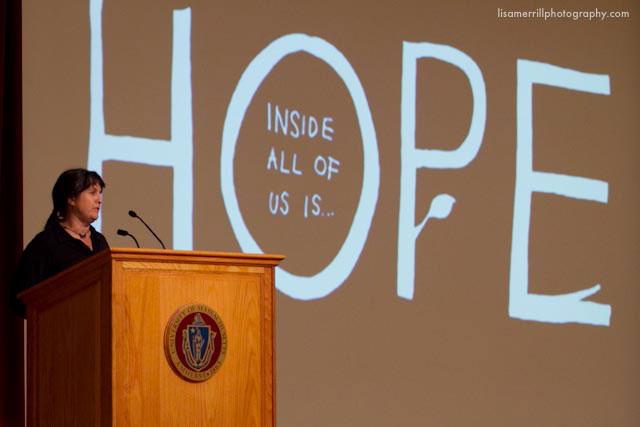 For four days in October, the Amherst campus of the University of Massachusetts became the hub of the biochar universe, as 300 researchers, entrepreneurs, and policy makers from across North America and the world met for the 2013 USBI North American Biochar Symposium. Focused on the Symposium’s theme – Harvesting Hope: The Science and Synergies of Biochar – participants from the U.S., Canada, Japan, Korea, France, Mexico, Cameroon, Wales, and Germany attended plenaries, workshops, keynote addresses, a Tech Field Day, videos, and a Biochar Banquet.

What is biochar and why are these people passionate about it? Biochar is charcoal produced from waste biological materials such as corn cobs, fruit pits, and forestry waste that is added to soil. Sometimes called horticultural charcoal, biochar builds healthy soil, increases plant mass, improves soil aeration, and retains water and nutrients.

Producing biochar does more than make a material that improves soil, it also can create gases and liquids that can be captured and used as energy sources for making electricity or heat. The process of making biochar converts up to half of the carbon dioxide absorbed during a plant’s life-time into a highly stable form of carbon. Such char buried in the soil removes the carbon from circulating in the atmosphere and acting as a “greenhouse gas.”

Harvesting Hope was championed by Stephen Herbert, Director of the UMASS Center for Agriculture (until recently), organized by the Pioneer Valley Biochar Initiative (PVBI), and sponsored by the Center for Agriculture. Established in 2006, the Pioneer Valley Biochar Initiative is a group of farmers, foresters, professors, students and concerned citizens promoting public awareness that a growing body of soil science affirms that biochar can increase soil productivity and enhance crop health when incorporated into farm, forest and garden soils. PVBI meets monthly at the New England Small Farm Institute (NESFI) in Belchertown, MA. In 2009, PVBI organized the Northeast Biochar Symposium held at the University. PVBI members have also organized a Biochar Seminar Series at the University, open to the public, but also offering student credits.

Karen Ribeiro, a local environmental consultant and Conference Director for the Symposium, said, “What we’re doing with this Symposium is supporting the leaders of the biochar movement in their work to develop the many facets of biochar so the larger population can appreciate and experience the benefits of biochar.”

Symposium workshops were organized around four tracks focused on different aspects of the biochar movement. The Feedstocks and Production track addressed what materials are used to make biochar and how it is made. The Benefits of Biochar track looked at the uses of biochar. Speakers in the Scales, Sales, and Marketing track discussed how to increase production and sell biochar for varied uses. The Policy and Community Engagement track considered how to educate the public and guide policy makers in supporting and regulating biochar production and use. 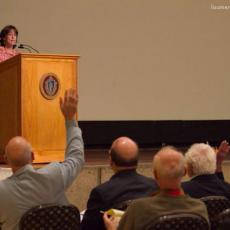 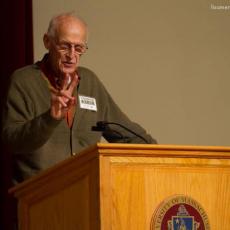 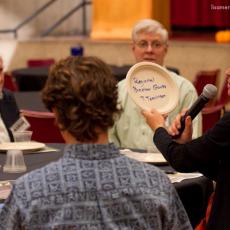 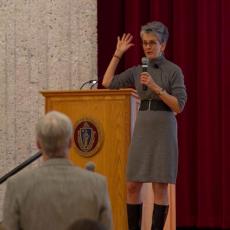