In Search of an Invasive Plant Pathogen in the Connecticut River 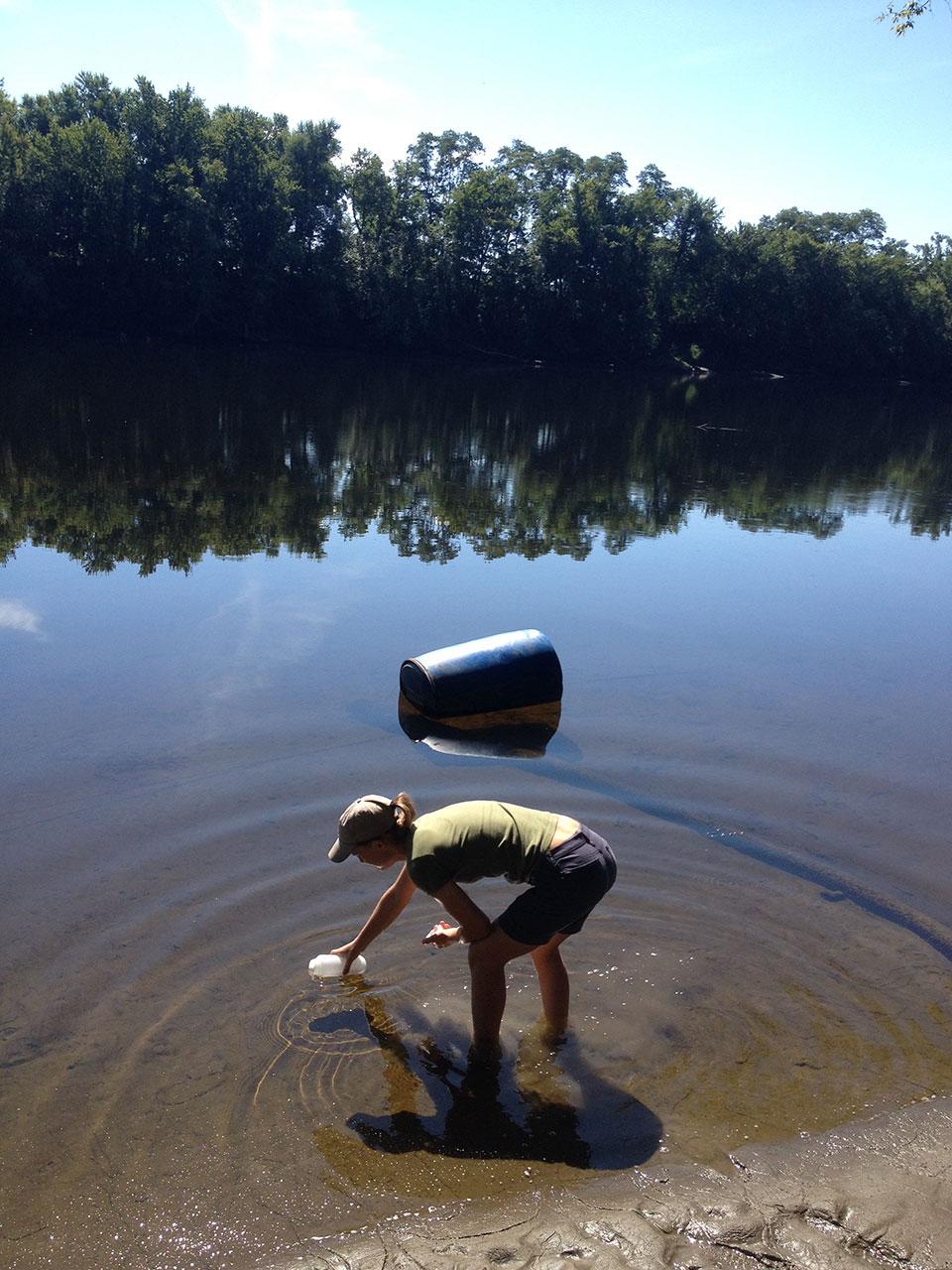 In 2013, a two-year study was undertaken to determine the incidence and distribution of Phytophthora species in the Connecticut River Valley watershed. Phytophthora is a destructive plant pathogen that attacks regionally important vegetable crops and woody plants in forest and urban settings. The pathogen is notorious for thriving in wet, flooded soils and has the ability to produce a swimming, asexual spore that seeks out susceptible plants to infect. Under ideal conditions, disease outbreaks can develop very quickly in agricultural settings. The genus Phytophthora is composed of numerous species, some of which are non-native in Massachusetts.

The primary goal of this study was to determine if the non-native vegetable pathogen, Phytophthora capsici, is present in the Connecticut River and its various tributaries. It was hypothesized that the pathogen is present in natural waterways, providing it with a means of dispersal to new sites during periods of flooding or when farmers irrigate directly from streams and rivers. A secondary goal was to assess the overall diversity of Phytophthora species, because? additional non-native species pose a serious threat to forest ecosystems in the region (e.g. P. ramorum).

Phytophthora species were surveyed at 20 sites in Massachusetts, with 16 occurring in the Connecticut River Valley. Many of the sampled waterways were adjacent to active agricultural lands, yet were buffered by mature floodplain forests composed of sycamore, cottonwood, elm, red and silver maple. From late May through October, Phytophthora species were recovered at several locations along the Connecticut River and various tributaries (Deerfield River, Fort River, Mill River, among others). Cooperating farmers provided access so Phytophthora could be recovered from waterways directly adjacent to active farmlands. In 2013, three types of baits (pear, green pepper and rhododendron leaves) were secured in mesh bags and milk-crate style containers in flowing water and were replaced on five to 15-day intervals. Phytophthora species produce swimming, asexual spores that attach to the baits as they pass downstream and create visible, necrotic lesions when they attach to baits. Once returned to the laboratory, sections of these necrotic lesions were excised so that Phytophthora could be isolated on a specific culture medium. In 2014, water samples were collected in lieu of baits. From one liter of water, a 100 mL subsample was filtered under vacuum pressure. The filter was then placed directly onto culture medium to isolate captured swimming spores.

Overall, 18 species of Phytophthora were identified from a total collection of 457 unique cultures. These 18 species represent a high level of diversity. Identifications were based on morphological characters and DNA sequences generated in the UMass Plant Diagnostic Laboratory. Water filtration captured a greater diversity of species (18) compared to leaf and fruit baits (12). Of the three bait types, rhododendron leaves yielded the greatest number of individual cultures and species of Phytophthora, followed by pear and green pepper, respectively. Despite the proximity to agricultural lands, none of the Phytophthora species baited are considered serious pathogens of vegetable crops in the region. Contrary to the original hypothesis, the non-native vegetable pathogen P. capsici was not recovered from any of the study sites. While it is possible that P. capsici is present in the Connecticut River and simply wasn’t baited from the chosen sample sites, another possible scenario is that the pathogen does not readily disperse in the Connecticut River under normal conditions. More specifically, it is possible that P. capsici is restricted to infested agricultural field soils and only distributed to new sites via natural waterways during a major flooding event, such as Hurricane Irene in 2011.

One of the most abundant species recovered in this study was P. plurivora, a non-native woody plant pathogen believed to have been introduced into North America from Asia. This species has been recently associated with the decline of forest trees in Europe. An exciting discovery of two news species were also detected during this study that will require formal description. One is part of a complex of known woody plant pathogens that are capable of causing significant damage under certain conditions. Preliminary host range tests indicate a preference for hickory and walnut. Further testing is underway to prove this hypothesis by inoculating potted saplings under greenhouse conditions. The results of this study illustrate there  are many species of Phytophthora in the Connecticut River Valley, some of which are known as destructive woody plant pathogens. At the same time, the non-native vegetable pathogen, P. capsici, appears restricted to infested agricultural soils and may be only distributed in area waterways during major flooding events. --Nicholas J. Brazee, UMass Extension Educator 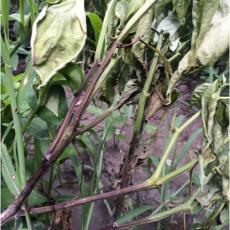