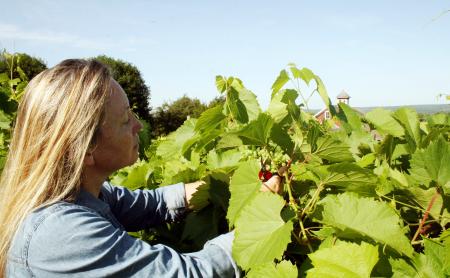 The CAFE Summer Scholars Program completed its fourth year in 2019 with another varied selection of academic research and extension projects. Motivated students were paired with specific subjects and individual professors who worked with them for the summer. A poster session with lightning talks was held on September 11 for all 32 students to share their work.

Over the course of the last four years, most Summer Scholars have been undergraduates, one to three years out of high school. This year’s crop of 19-22 year olds researched plant diseases, bovine vaccines, and collected data on wetlands with the assistance of drones. Others examined possibilities of reducing inflammation in humans with food bioactives and helped to revitalize legacy cities.  But not all were from the same age group. This year, two students stood out for their considerable life experience and distinctive takes on the value of this summer opportunity.

A Better Future for her Son

Lyndsey Ware immediately impresses you as a motivated woman and a woman on a learning trajectory. At 40 years of age she is now set to complete a dual degree in horticulture and journalism at the University of Massachusetts Amherst. Her pathway to these degrees was both circuitous and filled with interesting jobs.  Growing up in Texas, Lyndsey could often be found up to her elbows in garden plants and working on farms. She has also managed a bar, a coffee shop and obtained her small plane pilot’s license. Her academic pathway began later with courses in journalism at Austin Community College. After she uprooted and landed in Belchertown, Massachusetts, she got married and taught pre-school while attending Bristol Community College to secure an associate’s degree (all while raising a young son).  This is not a woman who shies away from new experiences.

After Ware started taking horticulture courses at UMass Amherst, Jon Clements and Liz Garofalo, tree fruit extension educators at UMass Cold Spring Orchard (CSO), helped set her on a path that is evolving into a deep appreciation for fruit research. They were instrumental in connecting her to the CAFE Summer Scholar Program. Elsa Petit, lecturer in the UMass Stockbridge School of Agriculture and her advisor, has expanded Ware’s interest in fruit research to include cold weather grapes. This summer at CSO, Ware thinned clusters of grapes to check effects on juice.  As she pruned, she was mindful of the “shoulder” growth pattern grapes form in bunches and made sure to leave thick large clusters that will produce better wine. 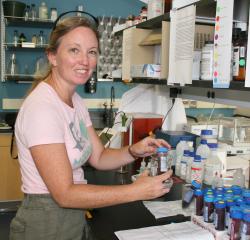 Later, back on campus in Paige Laboratory, Ware examined samples of juice extracted from CSO grapes to measure sugar content, pH, total acidity and other factors that will determine its value as a desirable wine grape.  She reports fascination with this work and may even steer her professional work towards viticulture, seeing many opportunities in the field since western Massachusetts provides a good climate for grapes to thrive. Ware says, “The beauty of the Summer Scholar Program is that it opens you up to more ideas and options.”  As a first-generation college student, she hopes her new career path will not only be rewarding, but also provide a better future for her son.

Petit notes, "Little is known on what are the best practices for new cold hardy American hybrids of emerging interest in cold-climate viticulture.  Lyndsey's work on the effect of the timing of cluster thinning on quality of juice (and therefore wine) will inform grape growers of the costs and benefits of using these practices." She adds, “Lyndsey goes above and beyond in her work. It is great to be able to completely trust someone like that.” 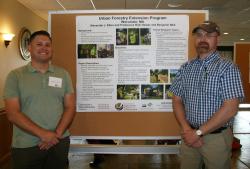 Trees have long been a source of inspiration for people. Some of us have enjoyed planting a seedling to watch it mature over decades, or to mark an anniversary, to remember a loved one, or for the birth of a child.

One of the 2019 CAFE Summer Scholars, AJ Elton, waxes poetic about trees of his childhood. He says, “If someone had not planted trees 40 to 80 years ago, I would not have fond memories playing around them in my neighborhood and my elementary school.  I want to be part of planting lots of trees for future generations.”

Elton grew up in Virginia, graduating from Virginia Tech in 2002 with an associate’s degree in agriculture. Like many students, his college loans diverted him from obtaining a graduate degree as his next life step. Instead, he returned to work to reduce his debt. It has been his goal for the past 15 years to get back to college to earn his degree. Recently, his longed-for academic opportunity became a reality. He was working as an arborist in Virginia when his wife was offered a job Tower Hill Botanical Gardens in Boylston in Worcester County.

They pulled up stakes and moved to Worcester, deciding this move would offer him the right moment to return to college. Shortly thereafter, Elton enrolled in a local community college. But he knew he wanted a more in-depth education to broaden his horizons. His advisor helped him make the leap to UMass where he was accepted into the urban forestry program. He plans to graduate in winter 2020 with an undergraduate degree in natural resource conservation concentrated on arboriculture and urban forestry. Elton will apply to graduate school and work with Richard Harper in environmental conservation with a focus on forest resources and arboriculture.

Harper encouraged him to tie together his program with other work he was already doing and apply to be a CAFE Summer Scholar. Elton says, “Extension is something I have been doing all along in some form or fashion. I am not sure anyone preaches about it more than I do. Extension work has always been a deep interest of mine (pesticide training, reading current research, etc.)  The Summer Scholar program was a great opportunity to get more familiar with CAFE because these are my people.”

Elton’s focus this summer has been two-fold. He has worked with youth in the Worcester Tree Initiative to water and weed newly planted urban trees. One day a week, he introduced them to green industry and tree identification. They shadowed Worcester tree crews, spent time with city arborists and documented tree risk assessments. Elton is also conducting a literature review about volunteer committees and their impacts on urban forestry. This includes Springfield’s Re-Green efforts that arose from the 2011 tornado and Worcester’s advocacy groups that have trained residents to become aware of the Asian long-horned beetle infestation.

Where does he go from here?   His plans are to continue to educate young people about the arboriculture industry. He becomes philosophical, “It only takes one person who wants to give back to make a difference.” Elton is invested in community and would consider a position as a tree warden, but at the end of the day, he said getting trees planted is the goal he is working towards. 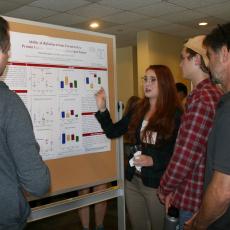 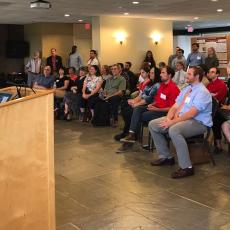 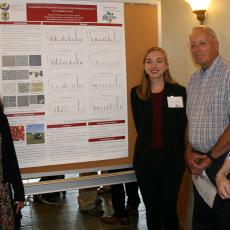 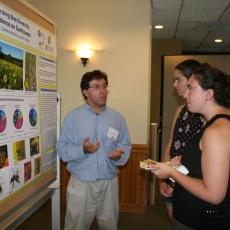 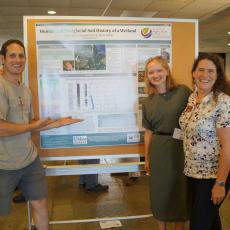