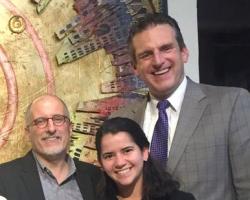 “Make-It Springfield,” the downtown Springfield collaborative design and makerspace co-founded by Michael DiPasquale in June 2016, was awarded $50,000 in funding to support its growth. The funding includes $25,000 from the Commonwealth of Massachusetts “Collaborative Workspace Program” administered by MassDevelopment and a matching grant of $25,000 provided by the MassMutual Foundation.

The grant awards were announced by Jay Ash, Massachusetts Housing and Economic Development Secretary, at a ceremony at Gateway City Arts in Holyoke on Tuesday, October 24, 2017. Secretary Ash said the Collaborative Workspace grant program “will help advance community-based innovation and collaboration throughout the Commonwealth” including cities like Springfield.

DiPasquale says, “One important way to help revitalize cities like Springfield is to foster collaboration among artists and innovators. The "Make-It Springfield" makerspace is a collaborative workspace supported by UMass Extension and MassDevelopment. It occupies a former vacant space in the city's downtown district that is used for a range of art and science workshops and maker activities. These include a popular after-school program held by UMass Extension 4H and the UMass School of Engineering.” 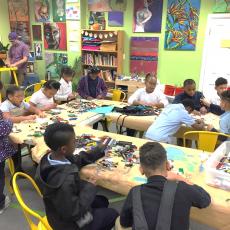