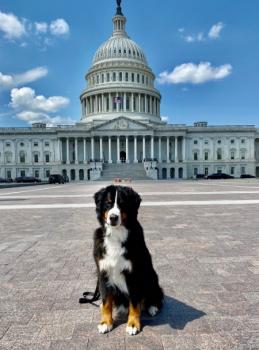 During mid-April, 4-H Massachusetts conference delegates were home and meeting virtually with their national counterparts discussing current issues in roundtables and presenting reports to federal agencies. They worked with representatives of the Peace Corps, the US Census Bureau and USDA.

Caleigh has trained Teddy to be a therapy dog. The K9 First Responders, Inc. (K9FR) Critical Incident Mental Health Support (CIMHS), is an organization that bridges the gap between a traumatic event and the connection to mental health support in order to restore a person’s emotional and cognitive equilibrium. These teams assist victims of disaster, catastrophes, and crises or violence. They serve communities and individuals as well as police, fire, EMS and other public safety personnel.

Caleigh’s dad and dog are currently deployed with six other teams to assist officers the U.S. Capitol police in the wake of the death, suicides and injuries to police from the January 6 insurgence on the U.S. Capital. 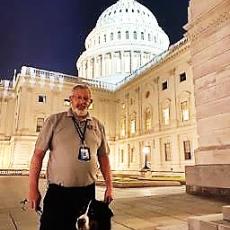 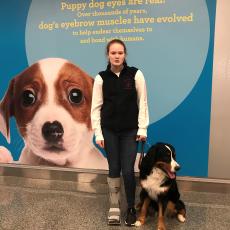 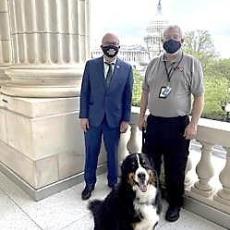