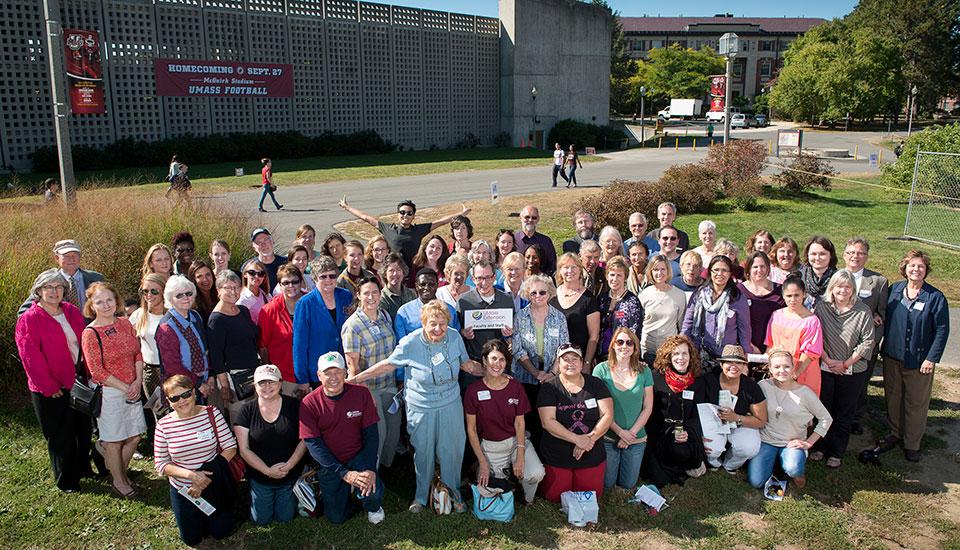 A century of community education, outreach and service through UMass Extension was marked at a celebratory gathering on September 26, 2014 on the UMass Amherst campus. Retired and current faculty and staff, students, government officials, community partners and regional farmers gathered for what was truly a “once in a lifetime“ event at the University’s flagship campus, site of Extension’s founding back when UMass was known as Massachusetts Agricultural College (MAC).

The informal theme of the day, chosen to highlight the work of UMass Extension through the years, was the rich connection between original Polish immigrant farmers in the Connecticut River Valley and Mass Aggie’s outreach to them through “Polish-American Farmer’s Day.”  This event, first held in 1911, was organized to educate regional immigrants on best practices for growing onions and potatoes, with lectures and demonstrations translated into Polish. Many descendants of those first farmers were present on September 26 and many of them continue to farm in the Connecticut River Valley 100 years later. Those first Farmer’s Days eventually led to one-day on-campus events for farmers of all backgrounds, a tradition that has lived on through Extension’s annual Field Days.

The Celebration recognized 100 years of Extension work through speakers, displays by other agricultural agencies and organizations, commemorative caps and a gift of peach jam produced at Cold Spring Orchard Research and Education Center, a UMass farm in Belchertown. Steve Goodwin, Dean of the University’s College of Natural Sciences, welcomed the 150 attendees, followed by a Polish-language greeting from Robert Rothstein, professor of Polish language at UMass. Pat Vittum, Interim Director of t UMass Extension and the Center for Agriculture, Food and the Environment, drew connections from MAC President Kenyon Butterfield’s support for Extension work in the early 1900’s to the work that continues today. Vittum said the service "provided extremely knowledgeable and practical skills to those who needed it the most." UMass Extension still provides all kinds of information, today often online.

Keynote remarks were presented by Richard Sullivan, Chief of Staff to Governor Patrick. Sullivan observed that in a decade, agriculture in the state has grown from 6,000 farms in 2002 to 7,600 farms today. He relayed the importance of agriculture to the Commonwealth through 15,000 jobs and the generation of $492 million in business. Sullivan complimented Extension, touting "practical hands-on learning" and "best practices" for farmers and others who use its services.

While the celebration recognized the Polish roots, UMass Extension is actively helping farmers grow vegetables catering to the Latino population, particularly in Worcester, said Frank Mangan, extension associate professor. He compared the early work of Extension to the outreach and education today with the Latino community.

Polka and Latino music, a cake-cutting with several past Extension Directors and a Time Capsule dedication rounded out the event. The time capsule was placed underground for future generations of UMass Extension employees to discover how outreach and education was provided to communities across the Commonwealth from 1914-2014. Plans are to unveil the Time Capsule at the 150th gathering, September 2064. 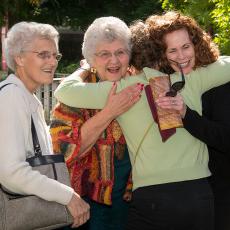 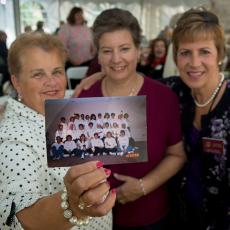 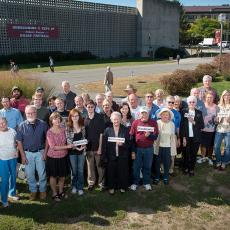 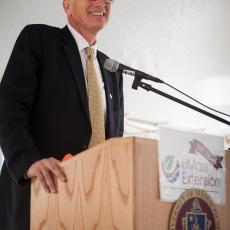 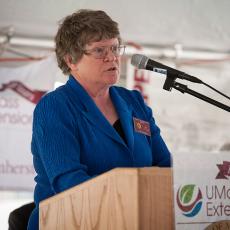 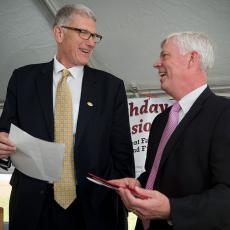 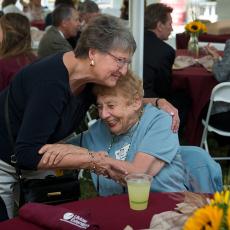 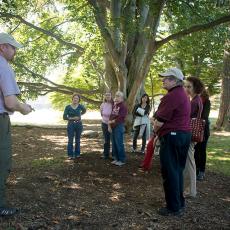 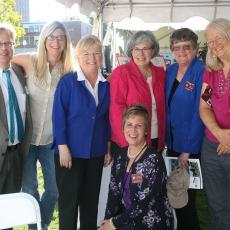 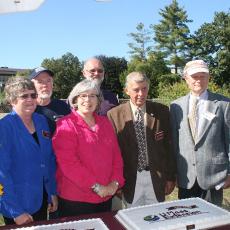 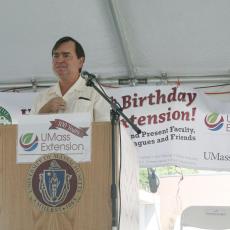 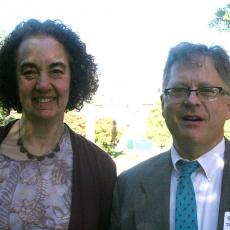 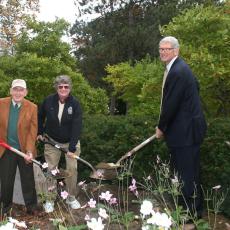