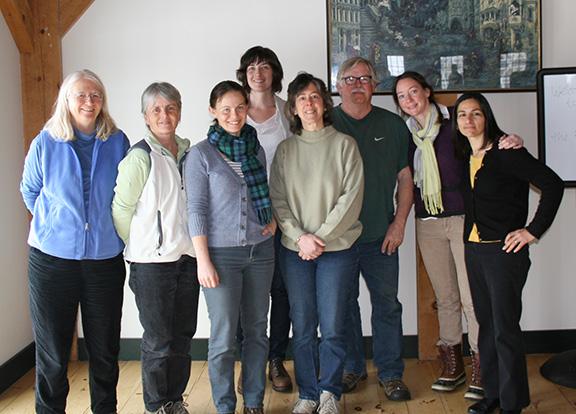 Mentor Farm growers across the state met on March 4 with the UMass Extension Fruit and Vegetable team to evaluate successes and challenges to their collaborative work in 2014 with Integrated Pest Management (IPM).

Members of the UMass team met with 10 farms at the beginning of the 2014 growing season to identify pests and problems and to set IPM goals. Growers, who produce many different fruits and vegetables,  identified 88 pests or problems that span those diverse crops and wanted to address them using IPM, each associated with a specific crop. Throughout the growing season, UMass teams visited participating farms on a bi-weekly basis and worked with growers to implement various IPM practices. An impressive total of 275 management practices were developed to address these 88 pests and problems.  During the fall and winter, the Extension team interviewed growers to evaluate the extent to which recommended IPM practices were adopted and how successful they were in helping farmers reach their goals.  Discussion also included the use of Weather Stations with forecasting models to monitor pest pressures on farm.

On-farm IPM Evaluation
The success rate was high with 70% of the practices being adopted by growers as recommended by UMass. An additional 16% were adopted with some modifications for site specificity. And for those practices which were adopted, 85% were rated by growers as either moderately or largely successful. Evaluations were conducted both by crops and by IPM strategy garnering useful information for mentor farms and for other growers that the Extension team will mentor in the future. The process of evaluations led to a more detailed summary than would otherwise be collected and it allowed growers and the UMass Extension team members to be informed about how they might improve their work. Grants through NIFA, SARE, MDAR and RMA fund this work, allowing UMass Extension to provide on-farm and regular support to farmers.

Growers Feedback
For their part, participating growers were appreciative of the hands-on education they received. One mentioned that she felt the bi-monthly visits held her more accountable and kept her focused on implementing new techniques. Another reported that, because of pre-season meetings bookended with post-season evaluations, he can now think with greater clarity and has been able to identify goals with a new set of eyes. To extend the education beyond Mentor farms out to other growers, suggestions were made about including more information in UMass’s Fruit and Vegetable seasonal newsletters and emails. Mentor Farms whose growers were recently trained in IPM techniques have also acted as  mentors to growers in their geographical regions in order expand knowledge. In the afternoon, the UMass Extension team gathered input from growers on research, education, and whole farm practices upon which they would like the Fruit and Vegetable program to focus.  Plans for the coming season were discussed. 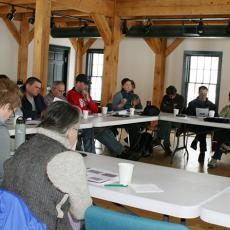 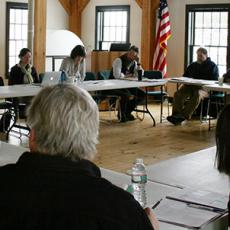 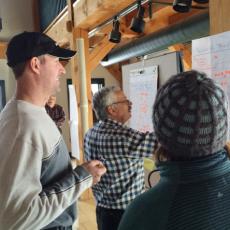 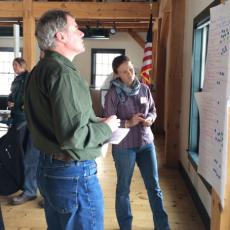