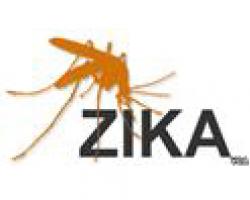 The Zika virus has been in the national news in recent weeks, and many people are wondering whether this disease is likely to become established in Massachusetts. According to Dr. Stephen Rich, Director of the Laboratory of Medical Zoology at the University of Massachusetts-Amherst, it is highly unlikely that citizens of Massachusetts will contract the disease while in Massachusetts.

The virus is spread by mosquitoes, which transmit (vector) the pathogen from an infected person to an uninfected person. Two species of mosquitoes are the primary vectors of the virus. Aedes aegypti is a tropical species and does not occur in Massachusetts. Aedes albopictus is a subtropical species, and has occasionally been found in Massachusetts but it is very uncommon. Thus it is highly unlikely that a mosquito that is capable of vectoring the pathogen will encounter an infected person and transmit the virus to another human.

There have been a few people in Massachusetts who have contracted the disease, but it appears that in each case, the individual had travelled to an area of the world where the disease is endemic (e.g., parts of South and Central America) and was exposed there. (There are also reports that the disease can be spread through sexual contact, and some cases may have been contracted in this manner.)

Several reputable agencies have developed excellent fact sheets on Zika virus. If you have additional questions about the virus or the mosquitoes or steps you can take to minimize the risk of contracting Zika virus, consult one or more of the following:

We plan to provide fact sheets in the near future on diseases that are vectored by various arthropods that are much more likely to have major health implications for citizens of Massachusetts - for example, Lyme disease, eastern equine encephalitis, West Nile virus, and babesiosis. Watch this website for additional information.

ZIKA virus logo used with permission from VOA-Voice of America