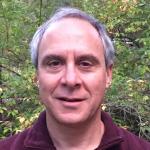 Dwayne Breger is no stranger to clean energy issues. He brings many years of experience and broad knowledge to his role as founding director of the UMass Clean Energy Extension.

Breger arrived at UMass Amherst in October, 2015 to head up the new extension program after 13 years as the Director of the Renewable Energy Division at the Massachusetts Department of Energy Resources (DOER). At DOER, he led the development of the state’s solar program, biomass energy policies, and contributed to the design of the Northeast Regional Greenhouse Gas Initiative, the nation’s first carbon cap-and-trade program. Breger is also an extension professor in environmental conservation.

The core staff of his program has grown since his arrival and now includes engineering support and an expert in market development and communications.

The purpose of this new program is to stimulate and accelerate market activities in clean energy in support of the state’s energy efficiency, renewable energy, and greenhouse gas reduction commitments.  The state and University recognized the historic role of university extension and took advantage of the opportunity to apply this well-tested extension model to clean energy.

Throughout the summer of 2016, the energy program piloted technical assistance to towns in western Mass. to support them to engage in the state’s Green Communities Program using a corps of students and staff engineers.  The program also supported faculty research on the Amherst and Boston campuses with three Seed Grant awards on renewable energy projects in early 2016.