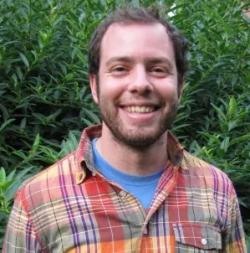 As an interdisciplinary environmental social scientist, Ezra Markowitz has two foremost passions: human behavior and environmental conservation. These two passions stem from his childhood and upbringing in the suburbs of New York. Growing up in the 1980s and 90s, Markowitz spent his formative years exploring the forested landscape of his backyard and hometown, a time during which he learned to care deeply for the environment. Later, in high school, Markowitz took a few psychology classes, wherein he quickly fell in love with the study of human behavior.

It wasn’t until his undergraduate years at Vassar College that Markowitz was able to bring these two passions together. While many of his classes were in the field of psychology, Markowitz’s extracurricular life revolved in large part around the Vassar Greens, an environmental student organization. About halfway through college, a close mentor who understood Markowitz’s fondness for the environment suggested that he look into conservation psychology, a field that blended the study of human behavior with environmental issues. Taking that advice marked the start of his journey in environmental social science.

From there, Markowitz found an interdisciplinary graduate program in Environmental Sciences, Studies, and Policy at the University of Oregon, where he spent five years taking coursework in psychology, public policy, communications, and environmental sustainability, and working on various projects. His next academic expedition took place at Princeton, where he worked with an interdisciplinary group of ecologists, philosophers, and social scientists interested in climate change. Then came a year at the Earth Institute at Columbia University working with folks in the Center for Research on Environmental Decisions.

In 2014, Markowitz joined the Department of Environmental Conservation at UMass. An environmental behavioral scientist by training, Markowitz’s research interests focus on the interdisciplinary factors that influence how people make environmental decisions. A core question around which his research revolves is: “How can we and others leverage our understanding of human behavior to promote positive pro-environmental engagement and action?”

In an effort to answer this momentous question, Markowitz has been involved in a number of projects over the course of his career. Much of his big-picture conceptual work centers on intergenerational decision-making – that is, decisions people make in the present that will have the greatest impacts in the future, either for themselves, future generations, or other species. Markowitz has found that the vast majority of people care deeply about the environment, but that their actions do not always align with their sentiments. His work, which takes place on various scales, attempts to identify ways to align people’s preferences for environmental conservation with their actions. Markowitz works closely with graduate students to conduct both experiments and surveys to study the core psychological and social mechanisms that shape those kinds of decisions. He is also involved in more applied projects examining how people are making real-world, environmentally-significant decisions.

One such recent project was the science-and-art installation, FutureSHORELINE. Led by UMass professor Carolina Aragón in the Landscape Architecture and Regional Planning Department, the project was a public art installation in Fort Point Channel in Boston visualizing the scientific predictions for future flood levels along with proposed solutions. Markowitz was interested in tracking how climate change-inspired art impacts the people interacting with it; he found that the installation changed people’s risk perception, understanding of sea-level rise, and level of engagement with the issue.

When not at work, Markowitz enjoys running and spending time with his wife and two sons, who inform his own environmental choices, concern, and motivation to do this work. Seeing the joy and wonder in his 6-year-old son’s eyes while hiking and exploring in the woods inspires Markowitz’s work at the intersection of the natural world and the human mind.