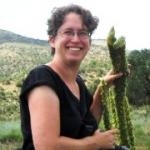 Paige Warren is an outdoor enthusiast who is devoted to increasing access to birds and wildlife within cities. Typically, low-income city-dwellers have limited access to greenspace and urban parks. Tree canopy, birdsong and other pleasures of rural or suburban settings are not as readily available to them. As associate professor in environmental conservation at UMass Amherst, she wants to change that. Warren has worked in several cities including: Boston, Phoenix, Baltimore, and Raleigh-Durham to examine challenges to richer urban biodiversity. Studies show that when green space increases, air quality improves, asthma rates decrease and crime statistics go down. She is passionate about finding ways to influence the habitat and resource availability for birds and other organisms in order to boost better human health in urban environments.

Research in Warren’s laboratory examines species and landscapes and focuses on the impacts of urbanization on animals. Rapid urbanization is one of the greatest challenges facing conservation biology, with many cities growing in area faster than in population. In addition, Warren finds that the highly-managed nature of city landscapes provides biologists with some unique opportunities to understand both the role of humans in altering patterns of biological diversity and the role of behavior in limiting animal distributions.

A guiding principle for Warren’s research is that the typical indices of urbanization, such as human population density, describe only a part of the habitat structure that is important for wildlife. Beyond simply density, human behaviors, values, and resource consumption levels can influence the habitat and resource availability for birds and other organisms.

This summer, along with her PhD student, Kit Staley, she is co-mentoring Kallin Lang, an undergraduate summer scholar, through a new initiative at the Center for Agriculture, Food and the Environment (CAFE). They are collecting data on the success of the Wood Thrush, a declining migratory bird species in the suburban forest fragments in the Pioneer Valley in western Massachusetts.  Amherst will be the main site, although some data will be collected in Springfield as well. Bird nests will be monitored for factors that can lead to success or decline. For example, the presence of parasites in nests (ticks and mites) affecting young birds can be an issue in their survival. Her lab will measure types of parasites after the birds leave the nests.  They will use nest searching and video cameras to observe predation events (attacks by predators such as cats, hawks and chipmunks that eat baby birds), a key piece of missing data from many studies of nesting ecology. Warren has enjoyed a long-time collaboration with Dave King of the US Forest Service reagarding the work on Wood Thrush.

In 2012, Warren and Christopher A. Lepczyk co-edited a book entitled, Urban Bird Ecology and Conservation.  Areas of particular focus included the processes underlying the changes we see in bird species with increasing urbanization, as well as the demography of urban birds, the role of citizen science, and how humans and birds interact in urban areas.