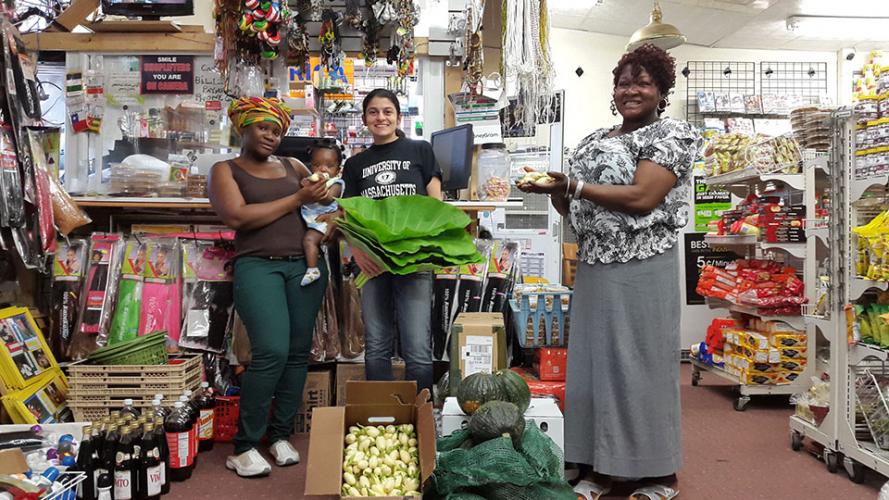 A Taste of Home, Fresh from the Farm

The Intersection of Urban Agriculture and Nutrition, Extension Builds on Immigrant Past
November 3, 2014

A century ago, Mass Aggie formally launched its efforts to bring hands-on expertise and support to local farmers, many of them Polish immigrants. That effort would grow to become UMass Extension, and those farmers would go on to establish roots—and in the process help rejuvenate agriculture in rural Massachusetts.

While the face of immigration has changed, Extension is still reaching out to the commonwealth’s often disenfranchised immigrant populations, most recently through a new collaboration between the Stockbridge School of Agriculture, the UMass Extension Nutrition Education Program, and the UMass Amherst Department of Nutrition. The focus of the collaboration is nutrition for people living in urban settings.  Combined with the fact that a large number of immigrant groups live in urban areas, this is a timely and relevant outreach.

The new four-year program, funded by the Center’s Massachusetts Agricultural Experiment Station, is based in Worcester—New England’s second-largest city and one of its most ethnically-diverse. "This is exactly the kind of innovative, locally-driven program we need," Representative Jim McGovern said. "UMass continues to lead the way on the intersection of hunger and nutrition."

Sixty percent of students enrolled in the Worcester public schools now identify themselves as Hispanic,  African-American or  Asian.  In the meantime, eligibility for free or reduced school lunches in the public schools has swelled to 74 percent overall, to a high of 99 percent at some schools.

The Urban Agriculture and Nutrition Program targets all students and families in one of the schools in Worcester and its catchment area.  This population has been shown to be at risk for diet-related illnesses such as heart disease, type 2 diabetes, and certain types of cancer. Many non-Hispanic whites living in this area are poor and also have higher diet-related illnesses.

The aim is to work with community members to identify barriers to better nutrition and to develop accessible, culturally sensitive ways to increase fruit and vegetable consumption.

“We’re interested in the intersection of agriculture and nutrition,” says Extension associate professor Frank Mangan, whose team is taking the lead on the crop production and marketing component on this project. On the agriculture side, one of Mangan’s first steps is building relationships with local Latino and African markets given the prominence of these groups in the school and catchment area. In addition, it is important to know the ethnicity of the Latinos and Africans. There are 18 countries in Latin America and 54 countries in Africa. It is critical to know from which countries these immigrants come from since the cuisine can vary significantly from county to country, and even within a country.  “We start with the markets, then go to the farmers,” he says. “Usually it’s the other way around.” By working directly with the markets, Mangan and his colleagues can determine which vegetables are preferred by the city’s immigrants and which of these can be grown and sourced locally, first on the UMass Amherst Research Farm and then by local farmers.

That can sometimes be a learning process. Cassava leaves, for example, are easy to grow fresh in Massachusetts—but that’s not how customers want them. Mangan has learned to grind and freeze the leaves after harvesting so they’re ready for use in traditional West African recipes. The next step is to develop a system of supply and demand that’s both economically feasible for farmers and nutritionally beneficial for consumers.

“It’s a way for farmers to find out what people want so they have a viable future, so they’re not going out of business because they’re growing the wrong kind of squash,” says Robyn DeCiero, Extension educator and program supervisor at the Nutrition Education Program in Worcester. The longstanding ties that DeCiero and her staff have built with area public schools are now helping Extension specialists gain access to the city’s vulnerable populations and engage in meaningful exchanges.

“Our role is to educate people on the benefits of healthy eating while trying to be culturally sensitive to the foods they like,” says DeCiero. To do that effectively, the program’s researchers need to first understand what is preventing families from supplementing their meat- and starch-heavy diets with fruits and vegetables. “We want to go a bit deeper, to find out what the real barriers are and not sugarcoat it,” says DeCiero. “Is it cooking knowledge? Lack of interest? Cultural preferences? Food is a very complex issue.”

Addressing those complexities requires not just information, but trust. According to Lindiwe Sibeko, assistant professor in the UMass Department of Nutrition and a member of the Extension faculty, “Our work is not just about providing people with knowledge—it’s about understanding what food-related issues these families are dealing with on a daily basis.” To gain insight into the realities of immigrants and low-income families’ lives, and to involve them in the process, UMass nutrition experts are working directly with middle school students, both individually and in focus groups—an approach that’s been underused in the literature, says Sibeko.

“Before we go in and do what we think will reach parents and kids, we’re asking them, ‘If we were to create a program to increase fruit and vegetables, what do you think it should look like?’” Sibeko says. The hope is that students and their families will feel they have a personal stake in the outcome, and that more accurate communication and productive interventions will result.

The team is also working through community organizations and churches to reach people where they live. One of those organizations, the Hector Reyes House, asked UMass Extension for help developing healthier recipes for the recovering addicts engaged in their holistic residential program. The first of these is a vegetarian version of sancocho (download pdf of recipe), a Latin American stew that traditionally includes meat—and lots of it. “The most popular version is called ‘seven meat sancocho,’” laughs Mangan. The dish is now being tested in the community, and while the expectation is that people will want to add a bit of meat for a more familiar flavor, the new version offers a more nutritious, vegetable-rich base, and the effort has been welcome.

“Markets are so appreciative that we come in and talk to them, that we want to know about these fruits and vegetables,” says Mangan. “Our goal is to make Worcester the showpiece, the most integrated system of urban agriculture and nutrition in the country.”

That may seem a formidable task at the moment, but it’s in the nature of Mass Aggie’s original pioneers to envision potential and look toward the future. “As a researcher, I spend a lot of time explaining to people that change takes time, something we don’t often have the luxury of in academia,” says Sibeko. “But improving people’s lives is a process. Understanding that is part of the culture of Extension.” 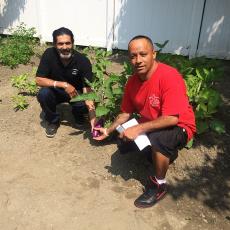 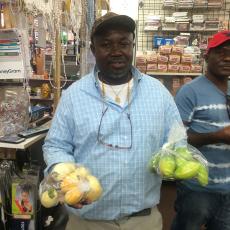 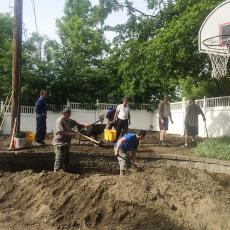 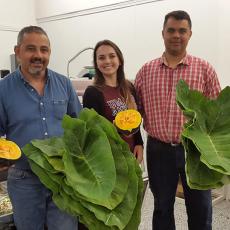 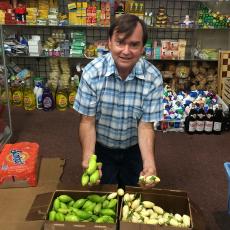 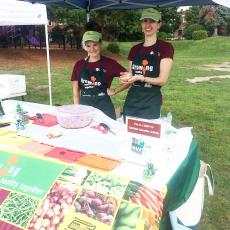 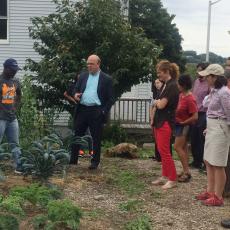