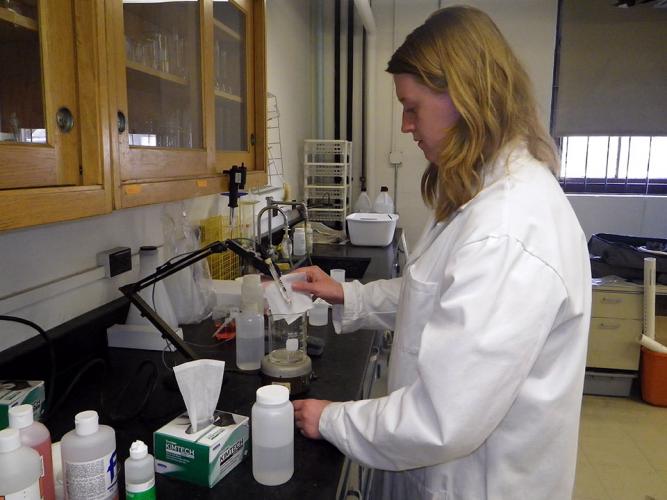 Thirty Years of Volunteer Efforts to Track the Problem
April 2, 2014

Although acidic rain was discovered in 1853, it was not until the late 1960s that scientists began widely observing and studying the phenomenon. In the 1970s this environmental concern was brought to the attention of the nation, raising much concern about the damaging long-lasting effects to our rivers and streams. We learned that acid rain is caused by emissions of sulfur dioxide and nitrogen oxide, which react with the water molecules in the atmosphere to produce acids. 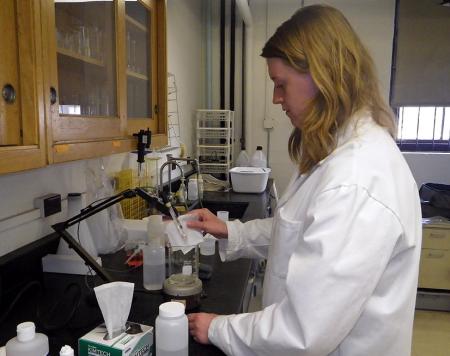 Is it still a problem? With the enactment of the Clean Air Act Amendments in 1990, acid rain has been reduced, but by no means eliminated. The Act put restrictions on emissions for power plants so there is definitely less measureable sulfate that gets into the water. However, with increased vehicular traffic, more nitrogen oxides are now released in the atmosphere and end up in surface and ground water. And there is more sodium chloride due to road salt.

So who keeps track of the status of acid rain in Massachusetts? In 1983, the University of Massachusetts, through UMass Amherst Water Resources Research Center, raised its collective hand to monitor the effects of acid rain on surface waters statewide and report their findings. This unique collaborative effort involves hundreds of citizen volunteers across the Commonwealth working in partnership with the University of Massachusetts scientists to accomplish three goals:

This project has continued for 30+ years with a brief hiatus due to funding issues.

End use of data

A searchable database of the project’s results can be found online here.  There are three general categories of groups who need and use this data.

The first Sunday in April is usually the day volunteers circle on their calendars. Hundreds of helpers pick up their sample bottles, equipment, boots and wade out into streams and ponds. The samples they take are then delivered to laboratories where more volunteers analyze samples. Ages of these stalwart folks range from 12 to 90. Some are scouts, retirees, teachers, state government workers, 4-H members, grandchildren and fishermen.  Sites that are currently monitored are fewer than the initial number, but the 150 water bodies being monitored today are evenly distributed throughout the state.  Massachusetts was one of the first states to use volunteers thanks to the efforts of Paul Godfrey. It is a feather in the cap of UMass Amherst to know that we helped to start this effort nationwide.

Several of the ARM volunteers have been with the program right from the beginning. For the 30th Anniversary of ARM, Governor Deval Patrick issued a Governor's Citation to each of the volunteer samplers and volunteer laboratories state-wide, recognizing their outstanding service to the Commonwealth. The Acid Rain Monitoring Project would like to especially recognize Mr. James Kennedy for his 30 year commitment to coordinating the sampling efforts in Bristol County.. He started in 1983 and was sampling as recently as April 2013. Mr. Kennedy recently passed away in February, 2014 at 97 years old. His daughter tells us he always loved the outdoors, hunting, and would do whatever he could to protect the environment. Thanks to the dedication of people like Mr. Kennedy, we all have a better understanding of the state of our environment.

ARM data helped to make a case for the reauthorization of the Clean Air Act by monitoring to check for any big changes, especially for trends that may indicate a serious condition is changing for the worse.

Changes can negatively impact affect wildlife, data which is necessary for fishermen and wildlife experts.

The effects of Climate Change can be seen in altered amounts of precipitation depending on where we live. Tracking these changes is important for long-term planning for infrastructure, agriculture, and overall species health.
Status

After the Clean Air Act Amendments of 1990, with measureable decrease in air pollution we had hoped to be in a much better shape today. We are not. We are examining the issues that prevent a feeling of huge success. They are: 65% of the water bodies we are following have not improved significantly over time. They are as acidic as they were 20 or 30 years ago. Still, this means that 35% have improved, which is testimony that legislation to reduce air pollution has had a positive effect on our surface waters. 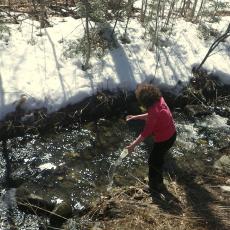 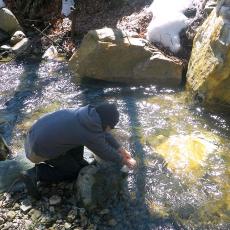 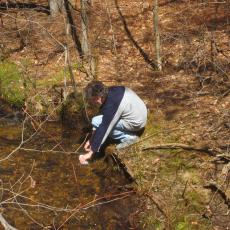