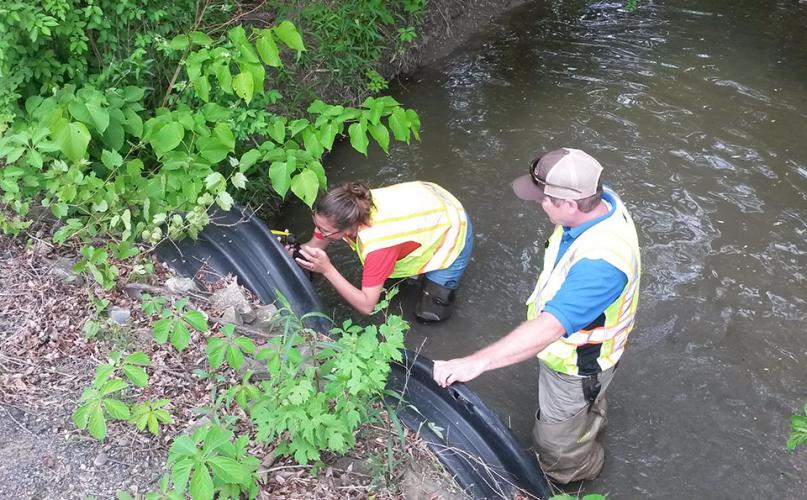 If you have ever witnessed the damage done by hurricanes that result in severe flooding to regional roads and wash outs at stream crossings, you may long for a crystal ball that would help prevent future destructive scenarios.  However, the University of Massachusetts and their collaborators have a much better plan: assess and develop protocols that determine which roadway stream crossings are most vulnerable to climate change conditions well in advance of a disaster.  Oh, and place culverts at the top of that list.

A unique partnership of federal and state agencies, along with nonprofit conservation groups recently launched a new, uniform protocol for citizen scientist volunteers and professional fish and wildlife managers to use in assessing the state of stream-crossing culverts in 13 Northeast states. The assessments will help identify culverts, for instance, that block turtles, trout, salamanders and other wildlife from moving up and down streams.

Undersized or poorly designed crossings fragment streams and habitat and exacerbate flooding, but thoughtfully designed, well-placed culverts and bridge replacements can increase habitat and stream connectivity for fish and wildlife, as well as help reduce flood damage to roads.

In one of the first such multi-state collaborations in the nation, a core team with members from the U.S. Fish and Wildlife Service, The Nature Conservancy, Vermont Agency of Natural Resources, U.S. Forest Service and the University of Massachusetts Amherst introduced the North Atlantic Aquatic Connectivity Collaborative (NAACC), thanks to shared support of about $475,000 from the North Atlantic Landscape Conservation Cooperative and the Disaster Relief Appropriations Act of 2013 through the U.S. Department of Interior.

Scott Jackson, professor of environmental conservation at UMass Amherst, which will host the database, says, “We know that these ecosystems must be reconnected to be healthy. As climate change alters habitat conditions, some vulnerable species like Eastern brook trout and Blanding’s turtles really need to be able to move freely. This new aquatic connectivity collaborative will bring people together in a unified network to address the issue in a coordinated, collaborative and systematic way.”

The ecologist says turtles that die trying to cross roads are a stark example of why culvert upgrades and replacements matter to wildlife. It can take some turtle species 14 years to reach breeding age, Jackson notes. “Turtle populations, especially in heavily populated areas, really can’t handle the mortality of adults. Just about every turtle you see dead on the road is a blow to the population. In some places, it’s a question whether we can retain the species or not.”

Up-to-date stream crossing and culvert data are more important and urgent than ever since many culverts in the region failed during tropical storms Irene and Sandy, Jackson points out. “Human communities as well as wildlife will benefit from up-to-date data to protect them against future storm damage.”

Jackson says, “This program is citizen science with some strong data quality protection, so the data will be credible. We are relying on people from conservation commissions, volunteers from nonprofits and employees of state and federal agencies who care about the land, who care about their streams, their fish and wildlife, to get involved. There are so many crossings that they’re not all going to get done without a big collaborative network.”

Each crossing will be scored on its ability to allow fish and other wildlife to pass upstream. Planners and others could then use the online database and maps to identify high priority bridges and culverts for upgrade and replacement. In Massachusetts, Jackson estimates that just 15 percent of the 30,000 to 50,000 stream-crossing structures have been assessed to date, but he hopes that will improve as NAACC swings into action.

He notes that hundreds of volunteer citizen scientists and professional managers have been collecting information on river and stream continuity for more than 15 years, but until now those states had their own reporting and coding system, making it hard to compare needs and prioritize what to remove or repair first. “It’s really a collaborative effort, we are just bringing the experts together and providing a home for the database to live,” he adds.

“For an ecologist,” Jackson points out, “streams are long, linear ecosystems in which wildlife need to be able to move up and downstream, whether on a daily basis or related to the breeding cycle, drought, flood or water temperature, for example. Everything needs to be able to move. Most times when we humans set up a culvert crossing, we think of the water, not the wildlife, but in fact many stream crossing structures create barriers that prevent anything from moving up and down stream.” 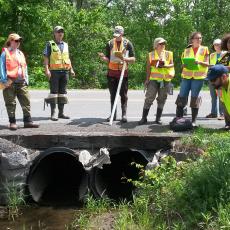 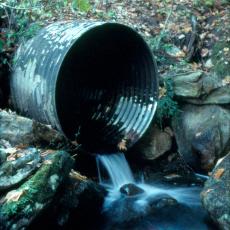 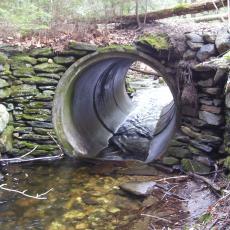