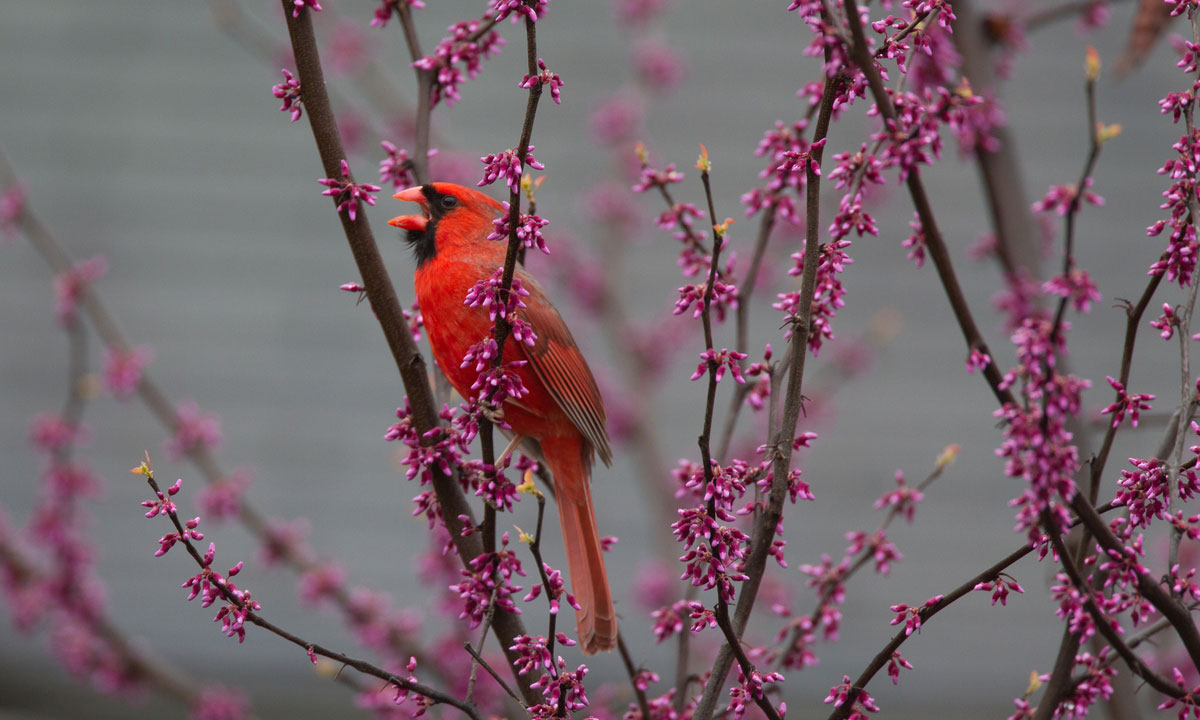 (Bird) Songs of our Cities

Ahhhh, the sweet sound of birdsong.  Some scientists think that just hearing the sound of birds can counter some of the negative effects of modern life, suggesting that just five minutes of listening to birdsong every day could be beneficial to our well-being.

A bird’s song is one of the most pleasing sounds to the ear, isn’t it? A calming presence that has permeated our atmosphere for millennia. The flute-like tone of  wood thrush or the classic cardinal call are easily identifiable, even to non-birders. 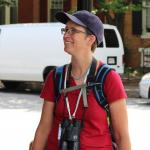 Can you imagine a world without our feathered friends and their unique tweets? Paige Warren, professor of environmental conservation at UMass Amherst, thinks about this all the time. She is professionally concerned about the decline of biological diversity in a world that has steadily become dominated by humans and our infrastructure.  An outdoor enthusiast, Warren is passionate about finding ways to influence the habitat and resource availability for birds and other organisms in cities. 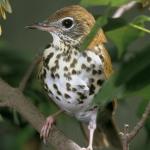 Rapid urbanization is one of the greatest challenges facing conservation biology, with many cities expanding in physical size faster than in population.  Research in her UMass lab is focused on bird species and the impacts of urbanization on animals.  The highly-managed nature of a city landscape provides biologists with some unique opportunities to understand both the role of humans in altering patterns of biological diversity and the role of human behavior in limiting animal territories. A guiding principle for Warren’s research is that the typical signs of urbanization, such as human population density, describe only a portion of the structure that is important for wildlife. Human behaviors, values, and resource consumption levels can also influence habitat and resource availability for birds and other organisms.

Strengthening City Chorales Across the U.S. and the World

Warren has examined challenges for wildlife and urban biodiversity in Boston, Phoenix, Baltimore and Raleigh-Durham.  She has examined population dynamics to better understand who the city residents are that are most missing warbles and chirps; not surprisingly, she found that typically it is lower income city dwellers who have less access to greenspace and urban parks than their more affluent neighbors.

Cities can be tough places for birds. According to New York City Audubon, New York is a major stopover for migratory birds on the Atlantic flyway. However, an estimated 90,000 birds are killed by flying into buildings in New York City each year.  So how can these winged creatures better survive in an urban setting without much natural habitat, with cars whizzing by emitting polluting gases, and tall buildings in the way of smooth flight?

According to Warren’s research in Boston, increasing small green areas within cities has proven to increase bird diversity. Add some trees along a street, and birds can find places to rest or roost. Add even a small park at the end of that street, and migrating birds can stop and eat on their way to or from their breeding grounds. She found that even adding the equivalent of 10 parking spaces of green space will bring one additional bird species into a neighborhood. Such spaces can include a community garden that also benefits human residents. Bees, butterflies, and other pollinators will also show up, said Warren, “even in very dense metropolitan areas such as Manhattan.”

In 2016, Professor Warren traveled to South Africa. In both Johannesburg and Potschefstroom she co-led a workshop for urban ecologists and social scientist members of UrBioNet, funded through the National Science Foundation.  She was part of a “cross-town walk,” which can be used by anyone who is interested in observing their surroundings as they relate to the urban environment and wildlife. A cross-town walk is a teaching tool where people are invited to document specific aspects of urban biodiversity by noting relationships between conditions such as building disrepair, yard size, the presence of large trees, lichen on trees, weeds in sidewalks, street lighting, animals or potted plants on porches. Such observations can begin to document social and ecological patterns and grapple with relationships between social, economic and cultural aspects of environmental conditions. And whether or not birds and other wildlife have established home or could do so in the future. Warren's main contribution to this workshop was to push forward a global analysis of income inequalities and how that impacts interaction with urban birds.

Warren collaborates with many colleague boith on and off campus. One of them is Associate Professor Krista Harper of UMass Amherst’s Department of Anthropology. In Springfield, they visited the same urban parks and small green spaces and observed very different facets of human/nature dynamics, then came back together to talk about what's going on.  Other partners on this project included Professor Robert Ryan, Landscape Architecture and Regional Planning and Brenda Bushhouse, Political Science. Harper and Warren are developing a project proposal about the social and natural life of urban green spaces. Harper is a cultural anthropologist who works on urban gardens and environmental mobilizations. She reports that she finds it exciting to reach across the disciplines and work with a conservation biologist and see the same landscapes through a completely different lens. Harper says Warren is unusually adept at asking interesting questions about the relationships between the human cultures and birds, flora, and fauna that share the urban environment.

“Stop, look up and listen! You’ll love what you hear and, as a side benefit, you might just lower your blood pressure.”

Birds of a Feather Who Do Not Flock Together 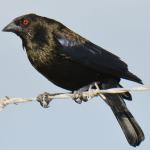 The bronzed cowbird (larger than a normal cowbird) offers a unique opportunity to observe different avian behaviors. They are called parasitic birds because they do not build nests of their own. Instead, they lay their eggs in the nests of other species of songbirds. The question arises, “How do you learn your own song if raised by other birds?” A bird has to hear members of its own flock to learn their song. This question motivated Warren’s PhD research on the cowbird in the desert Southwest. She found that the bronzed cowbird sings different songs in different regions – southern Arizona birds sing different songs from the birds in West Texas, different from those in South Texas. She followed the birds to their wintering grounds and discovered a potential mechanism by which this parasitic bird could learn and refine their songs. In the winter, the species, like its blackbird relatives, gathers in large flocks, often in city parks. Young cowbird males hang out with older males, providing a potential opportunity for them to practice and refine their songs. This trip into the cities to follow the cowbird flocks formed the basis of her interest in urban ecology.

In 2012, Warren and Christopher A. Lepczyk co-edited a book entitled, "Urban Bird Ecology and Conservation".  Areas of particular focus include the processes underlying the changes we see in bird species with increasing urbanization, as well as the demography of urban birds, the role of citizen science, and how humans and birds interact in urban areas.

Cardinal image courtesy of Chris Wood at the Cornell Lab of Ornithology.