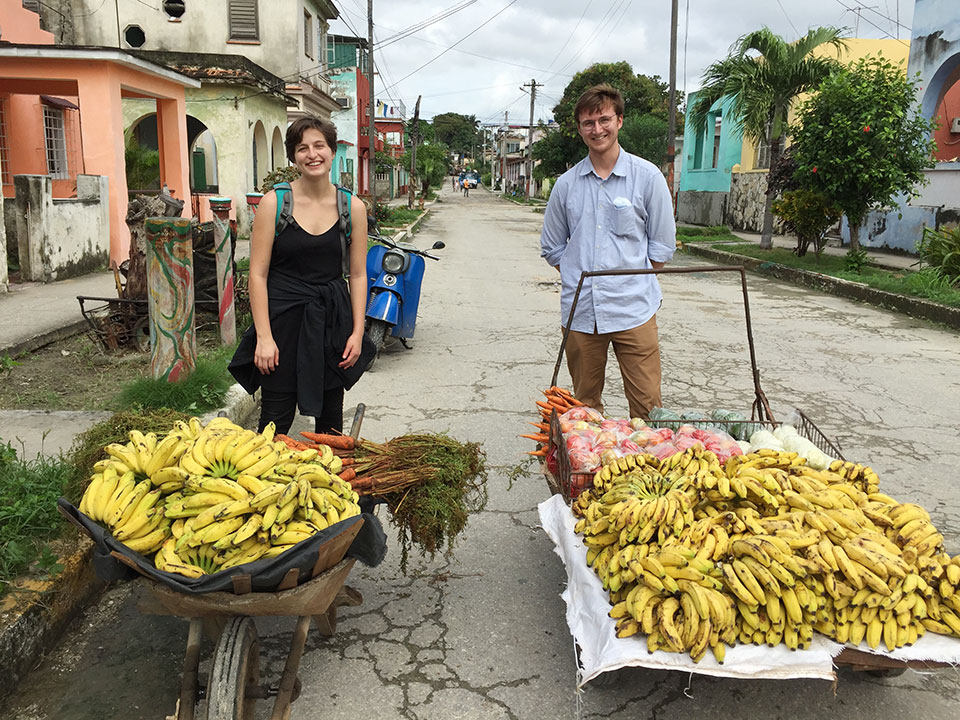 Cuba: Four Students, One Professor and a Complex Food System

Cuba in January: Four Students, One Professor and a Complex Food System

When asked about the state of agriculture in Cuba, Anna Hankins, a student at UMass Amherst, says, “It’s complicated, everything is complicated.”

In January, 2016, Extension Professor Frank Mangan led a four-student delegation to study Cuban agriculture (three students from UMass Amherst, and one from Harvard University).  The group stayed with host families in Havana to more completely enmesh themselves in Cuba’s daily culture.

Anna is a senior at the Stockbridge School of Agriculture at UMass Amherst majoring in Sustainable Food and Farming with a minor in Political Science.  Her growing-up years in central Massachusetts were heavily influenced by contact with a dairy farm close to her community, still in business today. She is interested in growing food and issues that create community sovereignty. While at UMass, Anna has been involved with youth food movements including Real Food Challenge and the Student/Farmworker Alliance, which works in solidarity with the Coalition of Immokalee Workers. Her relationship to food workers is important to her and has helped her to envision potential work directions. 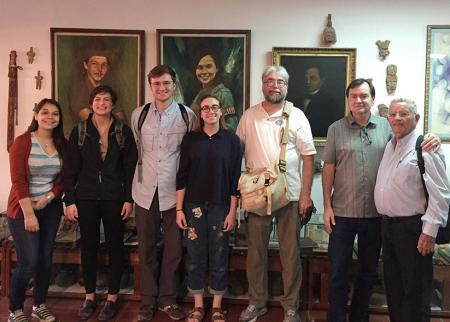 With a strong interest in both food and political issues, Anna was the perfect candidate for a ticket to Cuba. She said, “While I have spoken with others who have traveled to Cuba, there is a lot to learn through seeing it rather than just hearing about it or reading about it in a text book.”  Anna’s goal was to learn what their food economy actually looks like first-hand.

Prior to the trip, Anna predicted she would eat lots of beans and rice (she did, along with chicken and local fruit). She believed there would be good examples of rooftop farming (some existed, but not as many as she expected to find). Before she toured the island, she knew Cuba offered an interesting example of food systems and believed she would find community resilience (she found three different systems of currency, three black markets, and inequitable land distribution as major stumbling blocks to community resilience). She accurately predicted that Cubans do not produce their own food in significant amounts (80% of their food is imported).

Accompanied by the three other students and Professor Mangan, she visited urban farms where they observed agricultural practices that drew their interest. There was a permaculture garden in a backyard that gave back to the community (grapes grown on roof along with medicinal herbs). It became clear that when people grow food themselves, they save a substantial amount of money.  During their ten days in Cuba, the UMass entourage was fully engaged in thinking and learning about Cuban food systems. Food markets were visited every day and they traveled to farms that were one to two hours from Havana with walking tours led by an interpreter.

Most Cubans cannot grow food due to lack of space, resources, infrastructure, refrigeration, seeds and equipment. The Americans learned that some of their food products came from the United States, such as soybeans, wheat and poultry products. They read labels on milk containers from Spain and France; yogurt was sourced from Saudi Arabia, and tomato sauce came from the United States. A trip to several grocery stores revealed bare shelves and a noticeable lack of fresh produce.

Still, there were notable success stories, chief among them farmers who have diversified their produce. Those who grow both animals and produce fared better than others. A new market has emerged for growing and selling ornamental flowers to hotels. And one farmer is planning ahead by growing thousands of mahogany trees that will be ready to harvest for timber in 25 years.

Access to food is stratified, with the Cuban government regulating every aspect.

The timeline for change is longer than she initially thought. Rather than implementing changes over the next few years, Anna thinks that a decade is a more appropriate projected timeline before they see major changes in Cuban agriculture.

Some may have better access to land, but there are little or no resources to make the land productive. Challenges include: few tractors or other farm equipment, lack of seeds, and poor soil fertility in red clay (and a lack of soil testing that would reveal what amendments could be helpful, if they were available).

The United States calls it an embargo. Cubans call it a blockade. Through whichever lens one uses, no exports are coming out of Cuba to the United States in spite of the fact that some agricultural products are allowed to be sold by the U.S. in Cuba. If the blockade were to be lifted, Cubans could sell many agricultural products to the United States, which is currently not allowed, such as cassava, mangoes and other tropical crops that are growing in demand due to the large and increasing immigrant populations in the U.S. from tropical regions of the world. This would provide valuable foreign income for their domestic needs, which are many. The further opening of relations between our two countries could also lead to exports of agricultural products to Cuba from New England, such as apples and potatoes among others.

Cubans are very well-educated; this may not be too surprising considering that a college education is free. Many Cuban citizens the UMass group met with had graduated with degrees in agriculture. And the highly-educated people are finding ways to get access to resources.

Photos of Havana look quaint as they often showcase 1940-1950’s American cars.  However, Anna reports that taking a deep breath posed a challenge because along with picturesque scenes comes a heavy dose of air pollution. Air quality was noticeably poor, blamed on vintage vehicles that were built pre-pollution controls.

One theme of this course was to highlight similarities and differences in the food systems of New England and Cuba; strong differences but also many similarities. In both places, the crops have to be grown, managed, harvested and brought to markets. For example, winter squash is a very important and cultural crop for New Englanders and grows well in our region. Winter squash is also a staple throughout Latin America, including Cuba where they call it calabaza. The way it is grown in Cuba, in general terms, is very similar to the way we grow it here: the soil is tilled, the crop is seeded, fertility is applied, pests are managed and the squash is harvested. Students who learn the science of growing vegetables in New England are able to use this knowledge to grow crops in places such as Cuba or anywhere else in the world.

For more information on sustainable production and marketing practices for crops poplar among the large and growing immigrant populations in the United States (focused on the Northeastern U.S.) go to: worldcrops.org 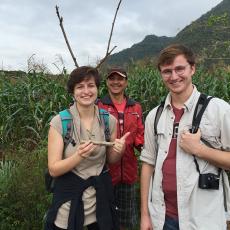 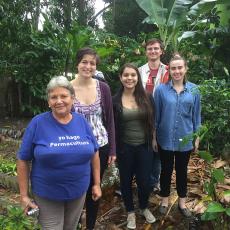 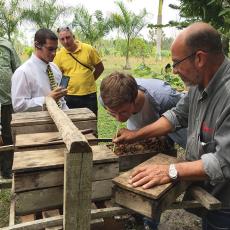 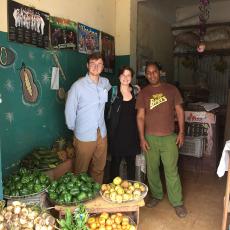