The Flight of the Bumblebee

Lynn Adler, professor of biology at the University of Massachusetts Amherst, has been studying the flight of the bumblebee for nine years. The context for the work is pollinator decline, as pollinators (bees, hummingbirds and butterflies among them) have become increasingly threatened by stressors including pathogens and insufficient food resources.

As an evolutionary ecologist, Adler’s curiosity about how these big fuzzy insects collect both pollen and disease while flying from flower to flower has led her to some ground-breaking discoveries.

In the Beginning: the Discovery of 2015

In 2015, Adler was one of the first researchers to discover that chemical compounds in nectar can help reduce pathogen infection in bumblebees. People might take medicine to fight off disease, but bumblebees have nectar. She found that chemicals in the nectar reduced infection levels of a common parasite (Crithidia bombi) in eastern bumblebees (Bombus impatiens) by as much as 81% at seven days after infection. However, the benefits of nectar compounds were not always consistent in subsequent studies, which may be because pathogens differ in how sensitive they are to these compounds.  In 2018, Adler and colleagues discovered that consuming sunflower pollen dramatically reduced Crithidia infection by as much as 98% compared to other pollen diets, and this was consistent across different pathogen strains. Furthermore, farms with more sunflowers had bees with less infection, suggesting that results in the lab could have real-world implications.

Researchers studying the interaction between plants, pollinators and parasites report that in recent experiments, bees infected with a common intestinal parasite had reduced parasite levels in their guts after seven days if the bees also consumed natural toxins present in plant nectar.

In this early and comprehensive study, researchers at the University of Massachusetts Amherst and Dartmouth College studied hundreds of eastern bumblebees and their intestinal parasite Crithidia bombi, using eight separate toxic chemicals (known as secondary metabolites) produced by plants to protect themselves against predators. Adler says, “We found that eating some of these compounds reduced pathogen load in the bumblebees’ gut, which not only may help the individual bees, but likely reduced the pathogen Crithidia spore load in their feces, which in turn should lead to a lower likelihood of transmitting the disease to other bees.”

As to whether bees ‘know’ about the benefits of plants’ chemical medicine cabinets and can treat themselves when they are sick, she adds, “That is the million dollar question, the one most often asked when I give talks about these ideas. Unfortunately, it’s too early to tell. We just don’t know yet.”

Today, in 2020: Is More Infection an Acceptable Trade-Off For Increased Reproduction?

Fast forward to today’s findings. Although flowers provide important resources and perhaps even medicine for bees, they are also places where bees can crowd together and spread diseases – a phenomenon we are now very familiar with in a human context. In a new study published in the prestigious journal, Proceedings of the National Academy of Sciences, Adler and Rebecca Irwin (NCSU) suggest that flower strips – rows of pollinator-friendly flowers planted with crops – offer benefits for common eastern bumblebee colony reproduction, but some plants also increase pathogen infection risk for bees. Adler and Irwin wanted to know the effects of flowering strip plant species on the health and reproduction of bumble bees.  Flowering strips including sunflowers and many other native species are becoming more common as growers look for ways to mitigate pollinator declines.

Sunflower and thyme were both low-infection species, while purple loosestrife was high-infection.

However, all bees had greater survival and reproduction with any flowering strip than with only canola, even if that flowerings strip also increased infection. The flowering-strip tradeoff -- more bee reproduction but higher pathogen infection rates -- may be acceptable.

Weighing the tradeoff depends on how critical food versus the pathogen is for pollinators. "Crithidia is somewhat benign, but if these patterns hold for other pathogens like Nosema, a common honey bee disease, it may be more of a concern. Right now I would not recommend stopping our investment in flowering strips," Adler concluded.

The researchers hope to continue examining the effects of flowering strips on bee populations and health by including other bee species and pathogen types. "I think we need a much more comprehensive program to evaluate how pollinator habitat characteristics affect pathogen spread to make informed choices," Adler said. "In the meantime, providing flowering resources in pollinator habitat is still the best path forward."

"Flight of the Bumblebee" is an orchestral interlude written by Rimsky-Korsakov in 1899–1900. Today, it is one of the more familiar classical works because of its frequent use in popular culture. Take a listen to a US Army Band performance. 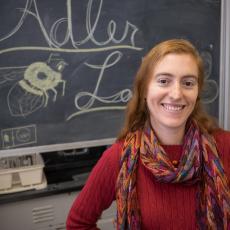 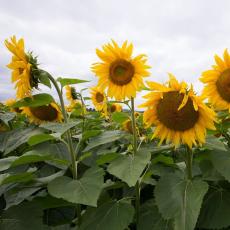 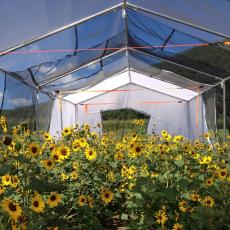