Working to Curb Malnutrition From the Ground Up
January 28, 2013

Empty calories. Depleted soil. Overproduction. By now, most Americans have heard reports that even as we’re eating more, we’re taking in fewer nutrients. Today’s ubiquitous fast foods and processed meals play a large part in the changing quality of our diets. But research also suggests that the mineral content of plant-based foods—fruits, vegetables, and grains—has been steadily diminishing since the 1950s.

What’s behind the decline? Some say commercial farming methods that target higher yields are stripping the soil of minerals, leaving less for new plants to absorb. Other theories point to modern hybrid species that have been developed for higher yields, easier handling, better appearance, and marketability at the expense of nutritional content.

With deficiencies in essential minerals linked to osteoporosis, anemia, higher infection rates, and a host of other ills, figuring out how to increase the nutrient density of crops is on the minds of farmers, consumers, scientists, and public health departments alike. That’s where Stockbridge School of Agriculture Professor Allen Barker comes in.

Barker and his team set out to study the nutrient content of a selection of fruits and vegetables to see how new cultivars compare to old-fashioned strains and how both are affected by various fertilizers. In the first two years of the project, they’ve grown and harvested 24 varieties of tomato, 35 types of cabbage, and 18 different lettuces in soil enriched with either chemical fertilizer, organic fertilizer, or compost. The results offer more than a few surprises.

“For lettuce, cabbage, and tomato, essentially no differences occur in nutrient accumulation between modern hybrids and heritage varieties,” reports Barker. “On average, they have essentially the same composition.” Nor did the team note a large disparagement in average nutrient content between phenotypes – that is, between red cabbages and green cabbages, or between romaine lettuce and iceberg lettuce.

However, there proved to be an enormous difference among specific varieties within those phenotypes. According to Barker, “Varieties of cabbage, lettuce, and tomato differed widely, with some varieties having twice the nutrient content of others in all species.” In other words, he explains, “We can’t say that romaine is better for you than iceberg, or that red cabbage is better for you than green cabbage, but we can say which varieties of romaine or red cabbage are best.”

This is good news for farmers, who are eager to hear Barker’s recommendations so they can plant and market healthier foods. It’s good for breeders, who are interested in using the information to develop higher-nutrient plants through genetic improvement. And of course, it’s good for the consumers who take those fruits and vegetables home. In fact, one of the project’s main goals is to build public awareness of the nutrient content in different types of produce, thus opening new marketing opportunities for farmers while helping to combat malnutrition.

But choosing the most nutritious tomato is only part of the picture. Much of the project’s value lies in helping farmers determine not just what to plant, but how.

“Soil fertility problems associated with nutrient depletion by crop production are worldwide,” says Barker. Since the 1960s, he explains, fruit, vegetable, and grain yields have increased markedly, resulting in a dilution of the minerals available in the soil and, it follows, in the crops themselves. “There’s concern that we’re mining the soil, taking out more nutrients than we put back in,” he explains. “For nutrient-sufficient foods to be sustainable, elemental depletion of soils must be compensated for by return of nutrients through fertilization.” That’s been hindered, says Barker, by the cost of fertilizers and by recent criticisms of over-fertilization.

To find the most effective way to replenish the soil, Barker and his team used three regimes to grow their specimens: organic fertilizer, conventional chemical fertilizer, and compost. Each of the three media was fundamentally equal in nutrient content, that is to say, richly fertilized. “We fed them well,” says Barker.

In analyzing the harvest, Barker found that the fruits and vegetables grown using quick-releasing chemical fertilizer were equally nutrient-dense to those grown with slower-acting organic fertilizer. Trailing behind was compost, which is effective in the long term, says Barker, but may require several years to build up the soil. The experiment suggests that what’s critical in growing mineral-rich produce is not the type of fertilizer used, but rather the quality and quantity of nutrients provided.

Barker hopes to take these results further in several directions. One is to discover whether the mineral content of nutrient-dense varieties can be boosted even more with vigorous fertilization. He’d like to see if a plant’s nutrient components can be enhanced in soil as they have been when grow hydroponically. And he’s eager to correlate his results with those of scientists who are researching other plant components, such as vitamin content.

“There are quite a few people looking at other constituents, but we’re kind of unique,” says Barker. “I don’t know of anyone who’s studying the specific factor that we are with as much intensity.” 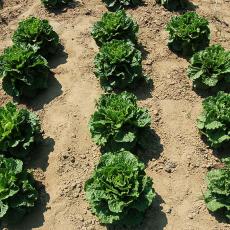 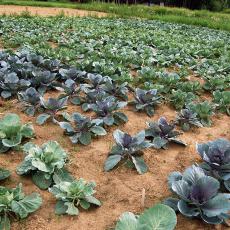 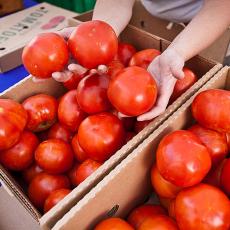