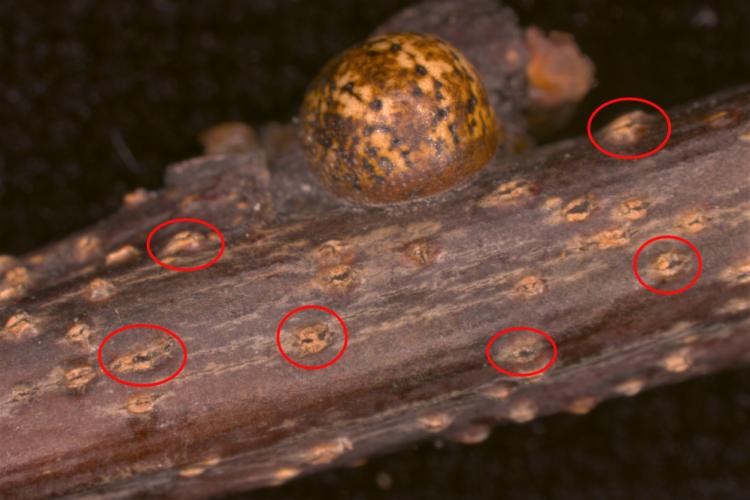 Help for the Sick (Plants, That Is)

At the UMass Amherst Plant Diagnostic Laboratory, bags of brown pine needles, diseased tree branches and blighted tomatoes are among other not-so-healthy plant samples that arrive every day in search of answers. Or at least an understanding of what ails them. Microscopes stand ready for professional examinations to determine the cause of their ills and to help the Lab team offer management steps that a homeowner, farmer, or landscaper can take to take to restore plant health (or not, as the case may be).

Plant pathologists Nicholas Brazee and Angela Madeiras, along with weed specialist Randall Prostak, form the team of plant detectives in this bustling laboratory. On average, they receive 1,100-1,300 samples per year.

Brief History of the Diagnostic Laboratory

Way back in 1941, the University of Massachusetts opened the UMass Shade Tree Laboratory, a lab with the specific mission of combating the emerging Dutch Elm disease epidemic. Later, the lab’s focus expanded to encompass all urban shade trees and their problems. When the Shade Tree Lab’s parent unit, UMass Extension, experienced severe budget and staff cuts in the late 1980’s, the Lab was shuttered.  It was reopened in 1991, led by the efforts of UMass arboriculture professor H. Dennis Ryan, with a renewed focus on urban forestry. In 2002, the UMass Plant Diagnostic Laboratory was formed and headed by UMass Plant Pathology professor Dr. Robert Wick. The new and expanded lab took over the Shade Tree Lab’s work, offering diagnostic services for urban trees, vegetables, turfgrasses and small fruits, among other plant crops.

What, Exactly, Do They Do? 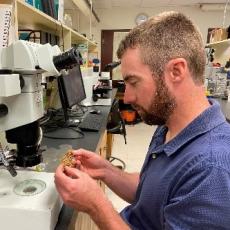 Nicholas Brazee has always been interested in working with arborists and in diagnosing problems of plants. He landed a job at UMass as an extension plant pathologist in 2012 in the laboratory he now manages.

He says, “Diagnosing plant problems is the first step in an effective and economic management program. We serve farmers, greenhouse producers, landscape contractors, turf managers, arborists, nurseries, and others in agriculture and the green industries. Each diagnosis includes a written report with pest management strategies that are research-based, economically-sound, and environmentally appropriate for the situation.”  Homeowners who are perplexed by a plum tree with black fungus, or by invasive grasses, or by organisms eating away at their shrubs can also benefit from the expertise of the plant diagnostic team.  Specific guidance on measures to treat troubling plant issues can be a real relief for their clients.

Packages arrive daily as Brazee, Madeiras and Prostak peer into microscopes, perform a variety of tests, and consult the Compendia—a series of illustrated books published by the American Phytopathological Society  about diseases of crops.

There is tremendous variety in the plants that are mailed into the laboratory, allowing the team to acquire new information every year, and this has been the aspect of the work most surprising to Brazee. Management of diseases, plant needs, and new insect arrivals can change over time and the team stays well-read on evolving challenges. In particular, greater frequency of problems related to heat and water stress has been noticeable over the years, attributed to heat and rain from a climate that is changing. 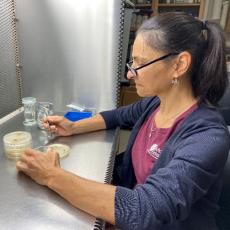 In her childhood, Angie Madeiras said she was a self-described biology nerd and was always interested in plants.  When she arrived as a student at UMass Amherst, she took a class with Professor Wick, and was hooked on plant pathology and nematology. She had found her calling… working with not just plants, but with a wide variety of organisms including fungi, bacteria, viruses and insects.

Madeiras observed that “the vast majority of plant diseases are caused by fungi, but we look for many other organisms as well.” When a plant has a problem, environment or nutritional deficiencies can contribute to the problem, not simply one disease.  Madeiras describes herself as a plant detective. She looks at the evidence, runs tests, observes the big picture and develops a well-considered answer.  “It is fun and challenging to work with all the different puzzle pieces in each case, but sometimes you have a limited number of clues.”

To that point, her colleague Brazee notes that that the more contextual information provided, the more precise the team can be with their conclusions. He encourages people to send not only the plant, but also photographs of the plant at the site it is growing and include other information that will help them (e.g. are there other sick plants in the area? have there been any recent applications of fertilizer or pesticides? where is the plant located? has the soil been tested?)

While it does not happen very often, occasionally the team is stumped. Then they consult with colleagues and use a diagnosticians’ list-serve to benefit from the input of other plant pathologists around the country.  For example, if the UMass Plant Diagnostic Laboratory receives soybeans, a crop not common in Massachusetts, they may confer with a pathologist from Kansas. Similarly, Brazee and Madeiras are consulted by other pathologists in turn in this small and relatively close-knit profession.

Getting Knee Deep in The Weeds 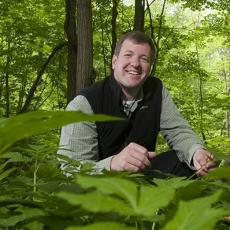 If you need someone who can tell hogweed from cow parsnip (they look similar), Randall Prostak is your guy.  He joined UMass in 1994 and has been an extension specialist since 2000. He specializes in weed management, diagnosing and developing management plans for invasive and non-invasive weeds. He currently serves on the Massachusetts Invasive Plant Advisory Group.

In New England, there are many invasive plants including the all too familiar Japanese knotweed, purple loosestrife, burning bush, and Norway maple. Garlic mustard is a relatively new weed that is edging out native plants. Noxious weeds begin creeping into landscapes and in some cases, they obliterate native plant communities including endangered rare species. In the southeast United States, kudzu (puerari montana) has become a difficult invasive plant. When established, it appears as though a green carpet has been thrown over acres, smothering every native plant in its path.  It requires a long-range time-consuming management strategy. A few communities in New England are eradicating small incursions of kudzu that recently found their way into the region.

Prostak says several other invasive weeds are on the rise including: Japanese stiltgrass-–an invasive species that has been showing up more often; Hoary alyssum--a poisonous plant of hay and pasture that is very problematic for horses. Pilewort-- is not considered an invasive weed, but one that has been increasing in numbers over the last 10 to 15 years.

New Issues On The Horizon

Brazee expresses concern about widespread health issues for eastern white pine that first developed in 2009. In the years since problems became apparent, a great deal has been learned and it’s now known that multiple fungal pathogens, an insect pest, and a changing climate are responsible.  Brazee said the issues have been linked to a changing climate and its subsequent effects on influenced insect pests and diseases.

A new issue that has recently arisen is beech leaf disease, which was first detected in Massachusetts in 2020 and significantly expanded in distribution in 2021. This disease, caused by a foliar nematode, has the potential to kill large numbers of trees and could dramatically reshape New England forests. 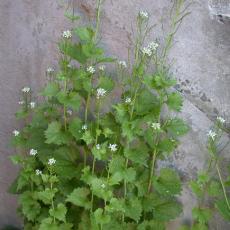 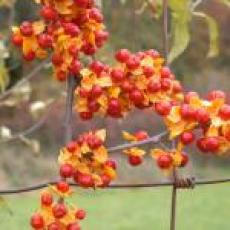