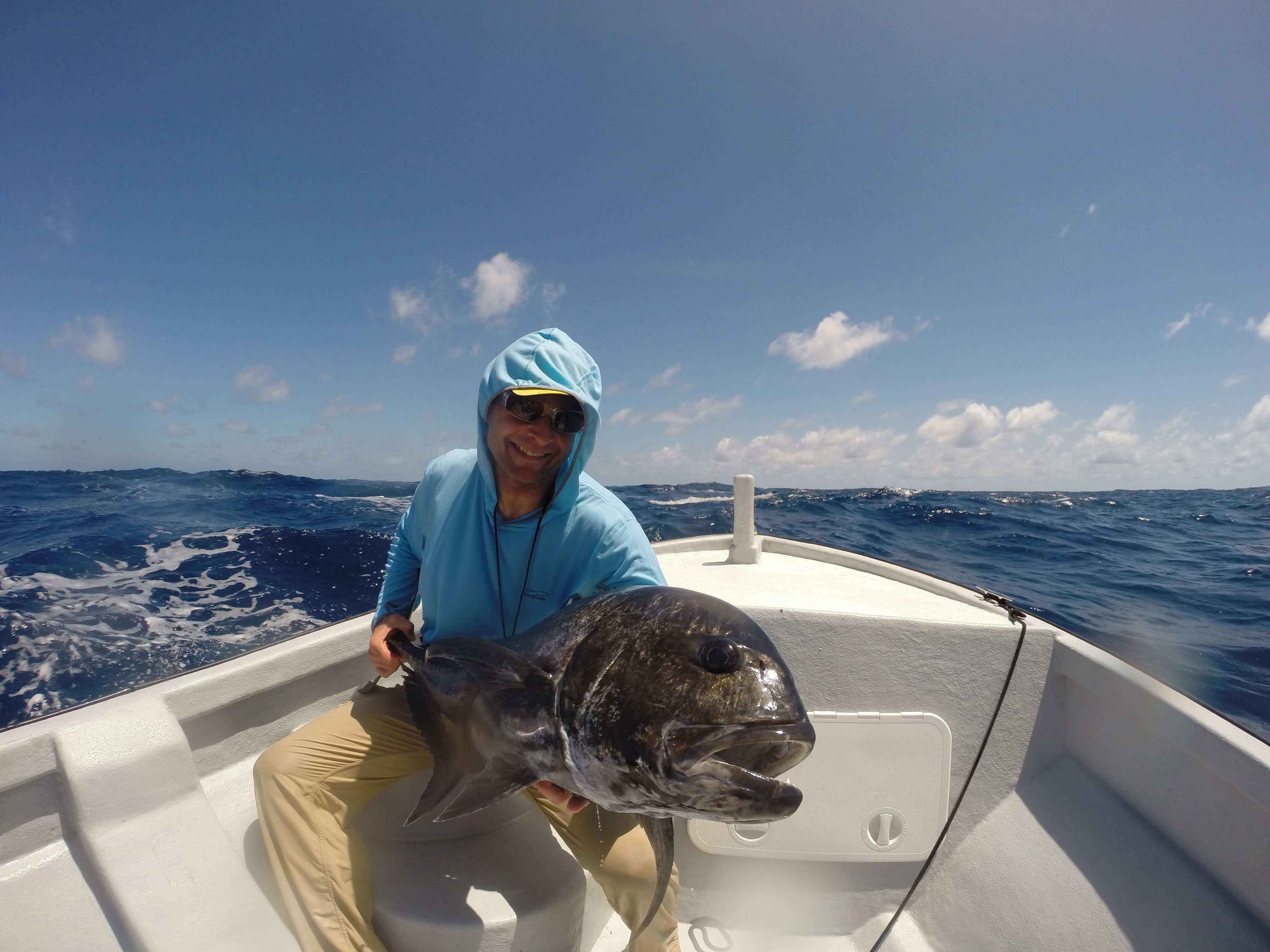 Way back when, the fishmonger would yell, “Fish, fish, fresh fish!”  However, given the rapidly depleting availability of fresh ocean fish, if anyone is still mongering, they won’t be for long.  Today, fish are in hot water.

Elvio Penetti of the International Game Fish Association shares a sobering statistic: “In the last 50 years, fish stocks have been depleted by 90%, that means we now have just 10% of what we used to have in 1965.”

However, this particular fish story is not all doom and gloom. Thanks to research and innovation, we are developing strategies (and business models) to ensure that fish remains available for good eating.  The world of fish farming or aquaculture has become a viable alternative.

Andy Danylchuk: aka the Fish Guy

When you talk to Andy Danylchuk for just a minute or two, you know you are chatting with the quintessential Fish Guy.  An ecologist who joined the faculty at University of Massachusetts Amherst in 2009, he offers fish conservation education as the core of his research and teaching.

Danylchuk is a different kind of professor. He employs modern technologies to study the world’s fish populations and then disseminates knowledge of best practices to conserve and protect them. To carry out this work, he wears many hats. Among them: associate professor in environmental conservation at UMass Amherst; founder of the UMass Science Media Collaborative; and co-founder of Fish Navy Films, an independent film company that educates about ocean issues and solutions. Development of “best practices” for the conservation and management of recreational fisheries is a driving research passion of his.

His personal experience with fish as a child (angling and eating them in Ontario, Florida and the islands of The Bahamas) helped to form a bedrock passion about these aquatic animals. Growing up in Canada near the Great Lakes, he was made aware of high rates of lake and stream pollution in the 1970’s and subsequently chose a profession that allows him to research and promote sustainable solutions to environmental problems, especially as they relate to fish and their watery homes. 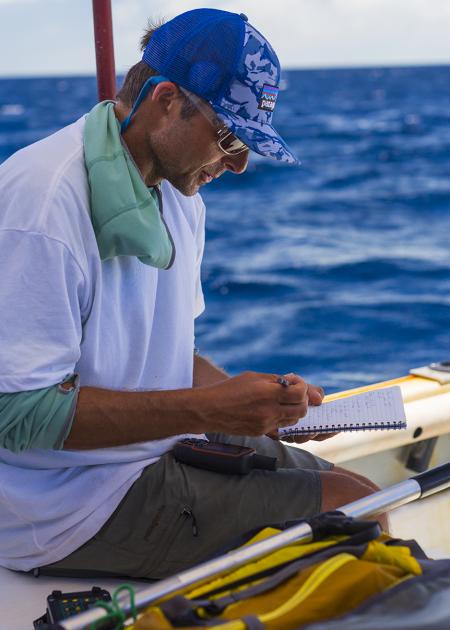 Angling—the common style of fishing that requires a hook, line and rod—is one of the most popular leisure activities in North America as well as in many other places throughout the world. Because of the sheer volume of recreational anglers that regularly turn to open waters (and because many fish are caught and released), Danylchuk and his colleagues study the potential impacts related to this activity.

Danylchuk is called upon by organizations near and far to lecture on catch-and-release techniques and to share ecological principles regarding the dwindling fish supply. As an example, some of his collaborative research on bonefish shows that for every minute of air exposure, a fish is six times more likely to be preyed upon by a shark or barracuda when released. Not exposing fish to air can have a huge conservation benefit, as the fish may survive and eventually contribute to the future of the population. Though seemingly simple, these techniques are important not just for the health of wild fish stocks, but to local and regional economies that rely heavily on the direct and indirect income associated with recreational angling. There are two reasons that recreational anglers practice catch-and-release. The first are mandated regulations: fish are undersized or the wrong species. Also, it may be the wrong season to catch a particular species. The second is a matter of a growing conservation ethic. More people fish for the sheer joy of being outside or for the leisure act of fishing, rather than to eat the catch.

Danylchuk says, “Fish are the last wildlife we harvest for food. We have domesticated cattle, chickens and pigs. One interesting thing about fish is that they are below the waterline, so we can’t readily observe them as we can, for example, birds.  In this case, ‘Out of sight, out of mind’ is not a good thing.”

What causes fish stress? It turns out, many factors. Among them: exercise on the end of a fishing line, temperature changes due to climate change, confinement in pens (farmed fish), and hooks and barbs in sensitive areas. Anything that interferes with their natural behavior is stressful to a fish.  The impacts of physiological stress response take their toll.  Just like the fight or flight instinct that humans possess, fish will also experience the same physiological response – release glucose (sugar) as fuel for muscle activity and try to combat the buildup of lactic acid that can impact muscle performance (the stuff that athletes worry about when exercising too much).

Danylchuk’s motivation to research sustainable aquaculture is deeply felt. He will tell you that damaging practices by commercial fisheries continue to have considerable impacts on marine ecosystems. Over one quarter of United States’s fish stocks are overfished, leading to early depletion of certain species.  Methods such as bottom trawling (an industrial fishing method that involves dragging a large, weighted net along the ocean floor) uproot entire ecosystems.  Bottom trawling also produces significant collateral damage, or ‘bycatch’ – fish and other marine life that are not valued commercially and often discarded as waste.  As wild stocks continue to be overexploited, and as stakeholders take steps to recover them, the practice of aquaculture will need to step in to help.

“Given the demand for seafood, we may need to turn to aquaculture to meet that demand, but not all aquaculture methods are created equal. Looking for sustainable solutions for growing fish and other aquatic life is imperative, otherwise we’re just not going to have fish to eat,” Danylchuk says.

Research to understand worldwide best practices and recreational angling issues have taken him to places as far flung as Indian Bhutan, Argentina, French Polynesia, Turkey, Greece and British Columbia.  Many questions have presented themselves regarding how to practice aquaculture more sustainably.  Some of those are: What are we feeding fish? What is the cost to produce a fish? How do we minimize inputs and maximize outputs while closing waste streams? How can we promote better labeling laws for fish?

Recently, Danylchuk has begun a new initiative: the Science Media Collaborative at UMass Amherst. This collaboration brings together several UMass Amherst units: the Department of Environmental Conservation, the College of Natural Sciences, the Isenberg School of Management, and the Interdepartmental Program in Film Studies. Collectively, they are working to help manage expectations for the contemporary scientist that wants to use digital media as a tool to engage others. Using the best of on-campus departments, this collaborative blends business savvy, film theory, and practical hands-on training for students and faculty in the sciences. It is a new art/business/science format: video for science communication.

Danylchuk is also a host and scientific advisor for Fish Navy Films, a film company dedicated to making documentaries on aquatic sustainability. Danylchuk and his colleagues have produced and released two films. The first, Fish Meat, delves into the challenges of modern fish farming and looks closely at those who are doing it efficiently and sustainably, offering effective solutions. Raising Shrimp uses shrimp, the most popular seafood in the United States, as a case study for examining the global seafood industry and the potential perils of imported versus domestic products. 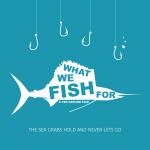 A new film, What We Fish For, will have its world premiere at the New England Aquarium IMAX on December 11, 2015 as part of the Boston Globe’s GlobeDocs Series.

For Danylchuk, educational outreach is a priority, which is why he devotes time to public speaking and film production. He believes his work is not fully realized until it reaches as many eyes and ears as possible.

“It goes back to the individual—the types of information that we provide them and how empowered they feel to make a difference. If they can leave a film screening, presentation, or classroom just feeling a little more informed, then I’ve done my job,” says Danylchuk. 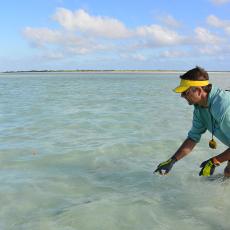 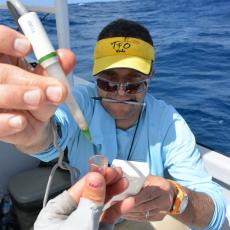 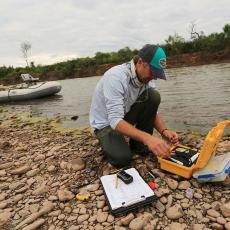