Two recent natural disasters—an invasive pest infestation in Worcester and last year’s tornado touchdown in Springfield—were devastating for the citizens of Massachusetts. For researchers at UMass Amherst’s Center for Agriculture, though, they created a perfect storm that may help them come up with ways to reduce energy use and carbon emissions far into the future.

It all began with a call to UMass from the Massachusetts Department of Conservation and Recreation (DCR), the agency responsible for removing trees to halt the spread of the dreaded Asian longhorned beetle, first identified in Worcester in 2008. Under their direction, 80 percent of the tree canopy in the city’s Burncoat and Greendale neighborhoods was preventively razed within the year. “What they had to do was gut-wrenching for them,” says Extension assistant professor Ben Weil. “But to their credit, they also recognized that they had an opportunity for an experiment on their hands.”

In fact, the randomized, controlled conditions that resulted created what Weil calls the “gold standard of experimentation” for determining the impact of tree cover on energy usage. Working closely with DCR and local utility companies, Weil and his colleagues compiled data on the neighborhoods before and after the tree cover was selectively removed. After correcting for weather variations, they found that summer electricity use increased an average of 37 percent without tree cover. That translates to an extra 115 metric tons of carbon dioxide emissions. “From a policy point of view, that’s huge,” says Weil. “And with global warming, our cooling needs are only going to increase.”

Equipped with this data, the state’s Department of Energy Resources (DOER) can turn to utility companies, who are required to spend a portion of their profits on energy conservation, for funding to subsidize neighborhood tree replanting and care. “Now they have a number they can use,” says Weil. “When asked ‘Is this really going to save energy,’ the DOER can say ‘Yes, it will.’” According to Weil, these discussions are already in the works.

While the cooling effect of shade trees is nothing new, Weil’s experiment is a game-changer on several levels. Most previous studies had measured the effect of trees on single houses, either through computational studies or in isolated locations in climates unlike New England’s. Worcester’s tightly packed housing presented new variables. “The trees in my yard might shade you, or block you in the winter,” explains Weil. “In an urban setting, half the value of the tree belongs to the house next door.” Treating each block in effect as one big house enabled Weil and his team to normalize the data to account for this density.

Weil was offered another chance to study the effects of tree loss—this time during the winter heating season—when a tornado cut a swath of trees through Springfield in June 2011. Surprisingly, says Weil, his team found that the negative effects caused by the loss of windbreaks was offset by the positive effects of increased solar exposure. This isn’t to say that tree planting isn’t justified, adds Weil, but that wind distribution analysis and impact on neighboring houses should be part of the consideration when choosing energy-efficient, cost-effective solutions. Such results serve to emphasize Weil’s position that the relationship between trees and energy must be studied at the community level, not in isolation.

Bringing expertise to the community in this way, say Weil, is exactly what a state land-grant university like UMass Amherst is both mandated and equipped to do. “Why should state agencies do research they’re not qualified for, or bid to private consulting firms, when we the taxpayers have this university?” he says. “We’re the think tank and research wing of the people who are paying our salaries. Extension and the Center for Agriculture can do policy-relevant research, not just on what a particular professor is interested in, but on what people actually need to know.”

The relevance of Weil’s research is clear—and expanding. In cooperation with faculty from the UMass Amherst Architecture and Design Program, he’s currently using the information he’s gathered on tree placement to devise ways for developers to build around existing trees rather than leveling sites and starting from scratch. It’s a plan that, in addition to preserving trees and reducing carbon emissions, helps builders save money and earn energy credits.

Next up, he’s broadening his findings even further, to the citywide level, in his work with a professor at Clark University in Worcester to determine the density of tree cover needed to offset the summer heating effect of close-set buildings and pavement. “Cities don’t cool off enough at night for residents to reset their house temperatures just by opening their windows,” says Weil. “Lack of trees is one reason for that.”

“The things I’ve learned about how to better correlate energy bills to temperature will be applicable to this work,” he concludes. “We’re figuring out what we need to do in the next ten years to help our cities survive climate change. It’s all part of our mission to serve the citizens of the commonwealth.” 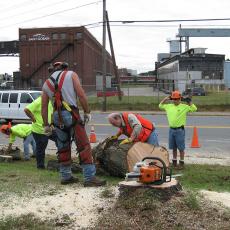 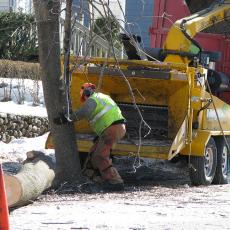 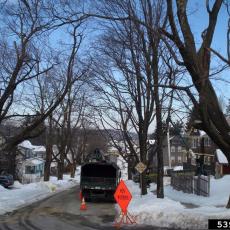 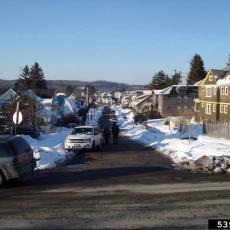 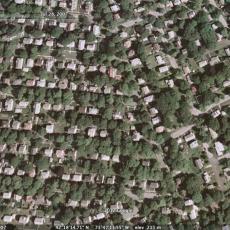 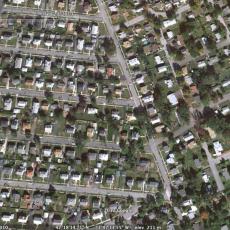