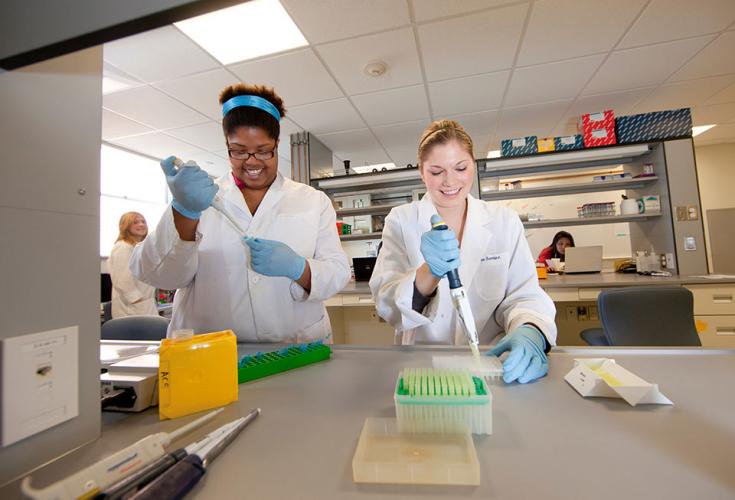 Putting Superfoods to the Test

Why finish your vegetables? UMass researchers are about to find out.
January 21, 2014

Beat cancer with pomegranate juice. Pop a few fish oil capsules for your heart. You can’t flip through the news without hearing about wonder foods that purport to prevent or even reverse any number of diseases. They’re in the natural foods aisle, so they must be healthy, right?

Not so fast, say researchers at the UMass Amherst Department of Food Science, who are at the forefront of research into what are known as “functional foods”—foods that provide additional health benefits beyond basic nutrition. It turns out that knowing what your body needs is a lot more complicated than choosing cereal with a happy heart on the box.

“Epidemiological evidence has indicated that a diet abundant in fruits and vegetables may reduce the risk of chronic diseases such as cancer, and this effect has been attributed to bioactive components present in these foods,” says associate professor Hang Xiao. What’s critical, according to Xiao, is to first identify the specific agents that have a positive effect on health, and second, to understand how those substances work in the body. “Why do they have these protective effects? How does the body handle these components?” says Xiao. “If you simply add them without considering the format, they may not be able to be absorbed by the body, so we need to also consider the mode of delivery.” 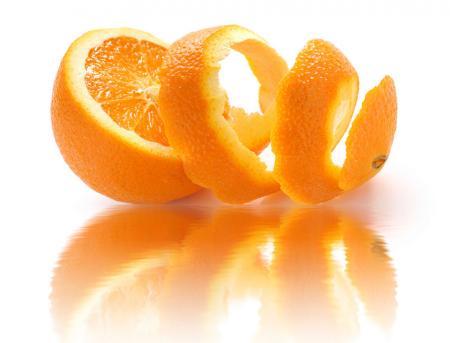 Xiao has been working in collaboration with his UMass Amherst colleagues to study food components such as flavonoids, fatty acids, and antioxidants, first on a biochemical level and subsequently in animal models. Among his long-term goals are the development of targeted nutraceutical and diet-based methods to prevent and treat diseases including cancer, cardiovascular disease, obesity, and metabolic syndrome. “The field of functional foods focuses on food as a base to develop strategies for human health,” says Xiao. That may mean extracting the beneficial components in foods and reincorporating them in a way that enhances their health-promoting effects.

Xiao describes his laboratory research as a “pharmaceutical approach” applied to agricultural products including fruits and vegetables. His current research targets the anti-inflammatory and cancer-inhibitory effects of flavonoids derived from orange peel. “We’ve found out that, in terms of absorption, the microflora in the gut can help activate flavonoids in orange peel, making them more potent.” But before you begin pounding the citrus, consider this: “We all have different microflora in our gut,” adds Xiao, “meaning that you and I could eat the same thing with different results. I may see a benefit, but you may not.”

That’s one reason Xiao is studying dietary components holistically, from the way food is produced, to the absorption of nutrients in the GI tract, to metabolization in the body. “We’re looking at the whole process,” he explains. “Scientists may report that something is good for you, but they’ve just looked at an isolated component. If you use an artificial model without considering what happens in the GI tract, liver, and small intestine, the information won’t be meaningful.”

And that’s where teamwork comes in. “We each understand the role we play and the limitation of that knowledge,” says assistant professor and Extension specialist Amanda Kinchla. “For example, once Professor Xiao finds the bioactive component in a food, he can work with Professor Eric Decker, who’s the oxidation guy, to keep it in a bioactive state, and with Professor Julian McClements to emulsify and stabilize the bioactive component.” Such thorough study is critical to ensure that a substance’s efficacy isn’t reduced as foods are processed, as well as to develop food-based delivery systems that don’t sacrifice taste, appearance, shelf life, or affordability, adds Xiao.

This reputation for collaboration—and the department’s status as one of the top three food science programs in the nation—was enough to entice new assistant professor Geodong Zhang to UMass Amherst to continue his research into the role of omega-3 fatty acids, such as those found in fish oil, in preventing some forms of cancer and macular degeneration. Zhang believes that clarifying the mechanisms of functional foods may lead to the ability to provide targeted, personalized nutrition strategies, both to prevent and to treat disease.

“One problem in nutritional research is that because everybody responds slightly differently, we can’t always make conclusions or give recommendations,” says Zhang. “We need to understand which enzymes are critical to metabolize fatty acid, so that we know who is going to see a benefit.”

The number of those benefits seem to be increasing. In her 20 years studying conjugated linoleic acid (CLA), a food component found in ruminant-based meat and dairy products, associate professor Yeonhwa Park has seen a surprisingly wide range of biological effects emerge. “I started looking for the effects of CLA on the immune system, but soon I found that it can reduce body fat,” says Park. “Since then, I’ve discovered that CLA can also improve bone mass, and I’m currently looking at its effects on muscle, such as improving lean body mass.” That suggests to Park that the overall balance of foods and food components may be important to keep in mind—another reason to be leery of broad recommendations based on shaky science.

But through the work of UMass Amherst scientists, not only consumers but food industry professionals, from cranberry growers to fish oil distributors, will have the knowledge they need to back up their health claims. “We have a lot of support from industry,” says Kinchla. “Industry believes in UMass as a research entity.”

“Through a small grant, we’re working to understand the effect of cranberries on colon cancer,” says Xiao. “What is the responsible component? Will it provide protection? Can we enhance the effect? And how do we develop cranberry-based products to deliver those benefits?”

“We need to go further in terms of in-depth research,” he adds. “Right now we can say, ‘This is good for you.’ We want to figure out why.”