Taking the High Road During a Flood

It’s not hard to imagine watching a news clip from Cape Cod as high tide combined with a hurricane deluge overtakes much of the peninsula. Homes are flooded, businesses lose merchandise and property is destroyed. This is not an imaginary scenario; floods are happening with greater frequency as the effects of climate change increase with each passing year.

Shannon Hulst is the deputy director and floodplain specialist for Cape Cod Cooperative Extension and Woods Hole Sea Grant and a highly-skilled professional. If she were in the imagined flood newscast, she would be the one wearing the superhero cape.  Hulst, a certified floodplain manager with a strong background in climate change issues, juggles many flood-related jobs that are, amazingly, on the front burner all at once. She has a great sense of urgency about her work since shorelines take the brunt of many storms. A few of Hulst’s roles in promoting coastal resiliency are to help municipal leaders with issues of flooding, and to assist home and business owners who live in floodplains understand how to obtain and minimize costs for their all-important flood insurance. Since 20% of the land on the Cape is floodplain, that is quite a few residents.

If you live near the coastline, floodwaters are never far from your mind. A flood can occur anywhere on Cape Cod as a result of heavy rainfall, clogged drainage systems, and storm surges from the ocean, Cape Cod Bay, and Nantucket Sound. These bodies of water are associated with tropical storms, nor’easters, and more increasingly, heavy rainfall events. Properties all over Cape Cod are susceptible to floods, even if they are far from the water’s edge. Properties closest to the coast are most prone to deep flooding, but coastal floodplains now extend far inland. The fragile ecosystem of Cape Cod includes water supplies that are susceptible to contamination and serious beach erosion.

Hulst says, “We are surrounded by water. Cape Cod has many low-lying areas that are vulnerable to inundation with high tides, especially when wind and waves are present from a coastal storm. With climate change, the sea rise adds inches on top of high tides that can overwhelm defenses man and nature have constructed.” FEMA and other agencies agree that Cape Cod has a significant flood risk. 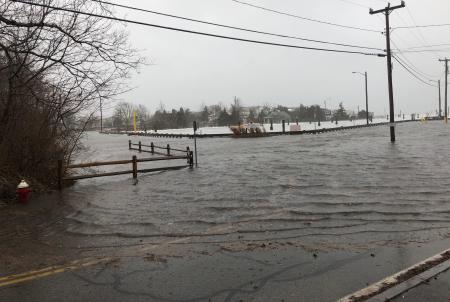 If you find yourself in a vehicle during a storm on Cape Cod, how can you avoid parts of town that are under water? Enter Mark Borelli, coastal geologist and director of seafloor mapping at the Center for Coastal Studies (CCS) in Provincetown, who brings a boatload of expertise as a problem-solver.  A few years ago, he and his team developed an idea to map areas where water flows into low-lying coastal areas called storm tide pathways. At the time, many websites showed the extent of flooding for a certain water level, but this readily available data was based on large areas and lacked the important details needed to act on a very local level (like avoiding those flooded streets in your car).

Think of a street map you have tucked in your glove compartment or your cell phone GPS that can guide you to your destination. Storm tide pathway maps are like that, but they offer extensive detail to show drivers exactly where water will travel during a storm, street by street. Not only can these maps help predict where storm water will flow, but they can also be used to plan further ahead for sea level rise. They map out places to avoid when traveling during the storm. This is vital information for first responders, departments of public works and engineering departments, residents, business owners, community planners, harbormasters and others who have to be on the roads during storms.  If an ambulance needs to get the hospital quickly, knowing which roads to circumvent can be lifesaving. The CCS conducts the mapping, and then works with Cape Cod Cooperative Extension to bring the information to communities for input and feedback. Borelli and Hulst are currently working together to complete maps for twelve of the fifteen Cape Cod towns.

Another important partner has emerged to offer storm surge predictions: The National Weather Service (NWS). The National Weather Service currently predicts minor, moderate, and major flooding, but doesn’t offer graphic depictions of what will flood. When all details of the storm tide pathways project are complete (Spring 2021), the team will work with NWS to tie the data into flood forecasts, creating maps demonstrating what is likely to flood with each prediction. This information can help municipalities identify critical locations where action is necessary to minimize or eliminate coastal flooding (such as where and when to deploy sand bags or temporary flood walls). Communities can plan actions that will help reduce significant damage and economic loss. Hulst and Borrelli will be available to show towns how to work with the maps and first responders can incorporate the data into their rescue plans (i.e. map out a different route if roads are under water). More work and funds are needed for other regions of Cape Cod, such as Buzzard’s Bay, which is vulnerable to hurricanes.

Let’s say your home has flooded as a result of a storm. If you don’t have flood insurance, you’re likely out of luck. Hulst works to make flood insurance on Cape Cod accessible and affordable, and to make the public aware that they probably do not have it and should consider carrying it. She has worked in floodplain management since 2012, specializing in the National Flood Insurance Program and Community Rating System (CRS). Shannon is now nationally recognized for her work with CRS, one of whose goals is to reduce flood damage to insurable property. How did that happen?

For some perspective, let’s back up to Hurricane Sandy and New York City.

In 2012, Hulst finished graduate school with master’s degree in marine policy focused on climate change and flooding. When she was two weeks into working on issues of sea level rise with a nonprofit in Virginia, Hurricane Sandy hit NYC . Shortly thereafter, reforms to the National Flood Insurance Program that had been passed by Congress prior to Sandy coincidentally became effective after that storm, causing confusion about flood insurance rates. Hulst researched these reforms intensively to help communities and homeowners understand how flood insurance costs were changing and why. She then dove into the CRS, a program that encourages flood resilience and saves money on flood insurance at the same time. With this timely information at her fingertips, she became the National Flood Insurance go-to person. After relocation to Cape Cod Cooperative Extension and thanks to her research and results for homeowners, she won the 2017 national award for excellence in floodplain management from Association of State Flood Plain Managers. In 2020, Hulst won the national CRS Award for Excellence. Currently, Hulst is the only person in the country that oversees this type of regional management of the CRS, but many communities nationwide are interested in the approach.

The CRS gives a home or business owner a discount on flood insurance if their community took specific actions to reduce flood risk to receive credits. These actions include: preserving open space in floodplains, engaging in public outreach and education, and much more. There are 100 actions that can be taken to earn credits. If towns take actions, then homeowners in those forward-thinking towns get a discount.  A born planner, Hulst realized this was also a good way to drive adaptation work.

Does it work? You bet. Since 2015, Hulst and her team have saved flood insurance holders on Cape Cod nearly two million dollars. Policyholders in Harwich, Orleans, and Sandwich receive a 15% discount on their flood insurance, while policyholders in six other towns receive 5% or 10% discounts. More information on participating towns can be found here.

For more information on flood insurance click here or here. 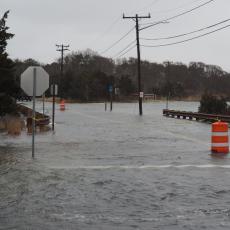 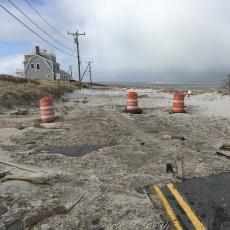 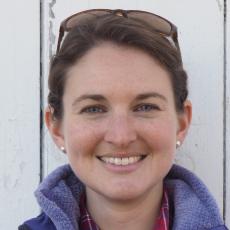 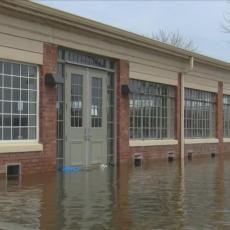