They Got the Power 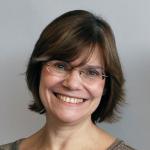 Jean Anliker, director of Extension’s Nutrition Education Program (NEP), is helping snatch power from fast lane marketers and put it back into the hands – and health – of young people.

What’s more, Anliker and her Extension and UMass Amherst Department of Nutrition colleagues are succeeding by borrowing some key moves from Madison Avenue’s own playbook.

The SPIN program (Strength and Power in Nutrition), developed by Anliker and Nutrition Department colleague Elena Carbone as part of a major USDA-funded initiative called Tween Power, examines what motivates kids to make healthful choices, and then applies that research in ways that have some young people dancing to a new beat when it comes to nutrition.

It is this marriage of research and outreach that made Anliker an outstanding choice to receive the 2008 Distinguished Academic Outreach Award in Research.

This is how it works:

As much as we may hate to admit it, the Rolling Stones’ classic “Start Me Up” will forever conjure up images of Microsoft for many of us, in much the same way that we can’t hear Bob Seger’s anthem “Like a Rock” without picturing a mountain-hugging Chevy. It’s all part of what savvy marketers have known for years – music DOES get under our skin.

SPIN starts off by teaching adolescents to make smarter, healthier choices, not through the traditional “good food, bad food” approach, but by clueing them in on the tricks that companies use to get them hooked on food choices that may not be in their best interest.

Anliker and Carbone then go a sneaky step further to level the playing field when it comes to winning the hearts, minds and appetites of young folks – and they are doing it with a beat you can, and perhaps should, dance to.

“We looked at a marketing model that was specifically designed to reach adolescents – a whole book just on marketing to kids – and compared those tactics to what the kids were telling us in our research,” explains Anliker. “It was a direct hit.” 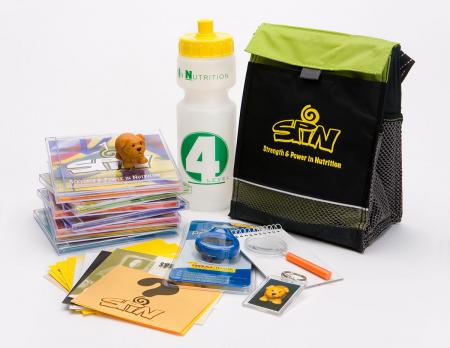 To design a program that would resonate with kids, Anliker and Carbone knew they had to match that corporate ability to tune into young brains. One of their most striking conclusions from early interviews was that music is a big part of kids’ lives. Very big. “When I work with people, I like to ask them what TV shows they like, how many hours they spend listening to music,” says Anliker. “Many of these kids couldn’t even tell us how many hours. It’s just on all the time.”

That was enough to convince Anliker and Carbone to make music their central unifying marketing tool. As a result, the program’s curriculum is rich with music terminology and iconography, from the educational materials packaged like CDs to the hit songs that introduce and define each program session, including such emblematic classics as Respect, I Got the Power, and For the Love of Money.

“We listened to what the kids told us. We heard them, and we’re trying to reach them using their own culture and their own language,” explains Anliker. Signs that it’s working couldn’t be clearer. “We’ve heard that a lot of after-school programs have large drop-out rates. But these kids are not dropping out,” she adds. In fact, they’re asking for more music.

In that spirit, the team recruited young people from Holyoke, Amherst, and Northampton to develop a SPIN theme song. Under the direction of area musicians Cinamon Blair and Julius Ford, the group worked through the summer to create a piece imbued with the program’s messages and with their own life experiences, from the Reggaeton beat to the sometimes achingly personal lyrics.

The result does much more than provide an energetic backdrop to the workshops; it serves as “the teaching tool needed to bridge the gap” between knowledge and culture, says Ford – the mark, he believes, of a true collaboration between institution and community.

“Because the music was written and produced by young people themselves, there’s a certain level of realness to it,” says Ford. “It’s young people talking to young people. That’s what makes it so effective. It really empowers the community to teach itself.”

And in the end, that sense of their own power is just what the program’s founders hope kids will grasp.

“It’s really all about power, the power of the decisions kids make, the money they spend,” says Carbone. “What’s actually in that serving of French fries? How much of your money is going to pay for those ingredients, and how much is going to the CEO of the company? Or look around the room at all the logos on your clothes. Why aren’t those companies paying you to advertise their products? I mean, how much of your power do you really want to give away to others?”

Music videos tend to be associated far more often with Grammy Awards than with the Distinguished Academic Outreach Award, and in this regard it is also a first for UMass Amherst Outreach. In presenting the Outreach award in April, Vice Provost for Outreach Sharon Fross pointed to NEP’s ongoing success in bringing health literacy to some of Massachusetts neediest citizens through the Family Nutrition Program and the Expanded Food and Nutrition Program, and to Anliker’s innovations through curricula like Choices: Steps Toward Health, an adult learning platform that received the Northeast Extension Directors Award for Excellence in 2006.

“The SPIN curriculum cleverly uses the culture and language of youth to create compelling lessons that resonate with teens struggling with issues of identity, peer pressure and independence,” said Fross. “Dr. Anliker’s research and the programs it supports have made a profound difference in the lives of so many, providing the information and motivation to make proper nutrition a key to their well-being.”