Valuing the Forest for the Trees

Ensuring forestland into the future
March 7, 2012 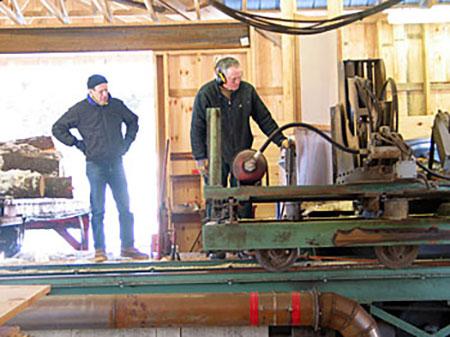 Want to enjoy a simple, quiet walk in the woods?

Finding the woods shouldn’t be difficult, in that 62 percent of Massachusetts is forested. And quiet? That depends. If we each stake out an individual share of the state’s forest tranquility tomorrow afternoon, we will each have less than half an acre to explore. Massachusetts, it seems, is both the eighth most densely forested and the third most densely populated state in the nation.

And simple? The impact of the Massachusetts forest land on the state’s economy, environmental integrity, biodiversity, public health and overall quality-of-life is much more complex than may seem apparent during that stroll through the woods—especially if you consider that:

Economically, then, it’s easy to miss the value, and the impact, of the forest for the trees—an impact that, given current trends in land conversation rates, we may be losing.

According to UMass Extension Forest Specialist Paul Catanzaro, however, economics is not what motivates a vast majority of those forestland owners. Instead, they tend to value forestland for the same reasons that all of us do—reasons that aren’t easy to quantify. For many, a relationship with a forest parcel is intensely personal and spans generations.

“Woodland owners are different from traditional farmers,” said Catanzaro. “It is typically not a business investment. They own it for the privacy, the solitude, and the beauty. It is a place to share with family and a place that can be left to children.”

Despite the commitment of owners, however, it can be difficult to maintain the integrity of those parcels as the decades roll by, as development pressure builds, land values rise, and as the land is broken into parts and passes to multiple heirs. While profit may not be the primary motivator for landowners, tapping the economic value of the forest or recognizing the tremendous value their forests offer through tax incentives is essential if the forestland and all the many benefits they provide are to be ensured into the future. 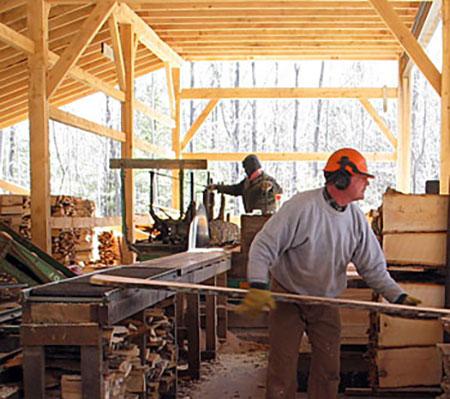 Catanzaro, working with faculty members Dave Damery and Dave Kittredge of the UMass Amherst Department of Natural Resources Conservation, as well as post-doc Anthony D’Amato, just completed a financial analysis of land ownership in the Deerfield Watershed of Massachusetts. The findings suggest that making money from forest management is not keeping pace with the land’s tax burden and rising real estate values.

“Good forestry is no longer enough and no one pays them to be custodians of the land which benefits us all, sequestering carbon, protecting watersheds and nurturing biodiversity,” said Catanzaro.

Not yet, anyway. That’s where the Massachusetts Woodlands Cooperative comes in. The landowner-led cooperative was launched in 1999 with the assistance of Catanzaro, who was then a state forester, along with professors Dave Damery and Paul Barten. The co-op gives its nearly 60 members access to information, land management resources—including services and equipment—and marketing resources.

The cooperative has succeeded in achieving “green certification” through a group certification from the Forest Stewardship Council (FSC) by meeting stringent requirements for sustainable forestry. “It is a strong marketing opportunity,” noted Catanzaro. “People seem to want to buy more locally grown, environmentally friendly products which can expand markets.”

However, the real value of our forests, however, may lie in our desire for economic and environmental sustainability, clean drinking water, and in the critical need to control carbon emissions into the atmosphere.

Catanzaro is enthusiastic about the possibility of paying landowners for the often unseen and largely unrecognized ecosystem services their land provides the Commonwealth everyday, such as the emerging market in carbon credits. With a cap on total annual carbon missions, the financial markets can assign a value to initiatives that reduce carbon in the atmosphere. That value can then be sold or traded to organizations that emit carbon.

While it is not possible for individual landowners to tap that market, a green certified co-op may well qualify for credits for the carbon-reducing impacts of growing trees.

“As our parcels get smaller, it will be increasingly important to find ways for landowners to collaborate in order to access markets for ecosystem services and maintain a viable forest industry,” he said. “That is what is so exciting about the co-op. They are breaking new ground and redefining how landowners can work together to maintain working forests into the future.”