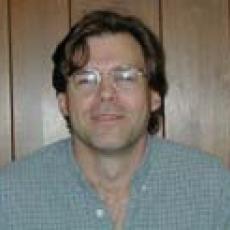 The laws of genetics are not universal. While many species have classical Mendelian genetics, in which both parents contribute equally to the genomes of all offspring, several other genetic systems exist. In thousands of insect species, females monopolize parentage of sons. In others, males are completely absent. This variation and its evolutionary significance remain poorly understood, illustrating the incompleteness of the synthesis of genetics with evolutionary biology that constitutes the theoretical underpinning of modern biology. My laboratory studies the evolution of unusual genetic systems -- especially paternal genome elimination and parthenogenesis -- in armored scale insects.

Niche explosion: evolution of extreme generalists
Parthenogenesis (asexual reproduction) in insects is frequently correlated with an extremely broad range of host plants. Other correlates include: flightless females, invasiveness, status as economic pests. To account for these correlations, I have proposed the niche explosion hypothesis, postulating a positive feedback loop between host range and population size that resulted in extreme polyphagy and abundance in several insect groups having flightless females, including scale insects, broad-nosed weevils, and several families of moths. We are working to test several of the genomic and ecological predictions of this hypothesis. Consistent with the hypothesis, we find that several cosmopolitan pest species of armored scales are abundant and truly polyphagous in a tropical rainforest canopy in Panama.

Systematics and molecular identification of armored scale insects
Identifying armored scale insects to species is a non-trivial problem. In part this is simply due to the fact that that only skillfully microscope-slide-mounted adult females can be identified, but in part it is due to interesting biological phenomena such as very large population sizes and cryptic species complexes. My lab is assembling a collection and database consisting of thousands of genomic DNA samples linked to individual well-mounted, well-identified specimens. This collection will enable us to test evolutionary hypotheses, reconstruct evolutionary history, and improve the classification of these insects. It will also make possible a reliable system of molecular identification.