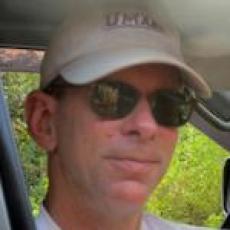 The main archives of climate information that I am interested in is speleothems, the family name for cave deposits such as stalagmites and stalactites. Speleothems faithfully record changes in the climate signal contained in oxygen isotope ratios of rainfall. Carbon isotope ratios of speleothem calcite and trace element compositions can provide additional paleoenvironmental information. I like to think of them as underground ice cores. The great majority of my speleothem-based research has been in the tropics.  In previous projects in Oman and Yemen we have produced records of changes in precipitation that extend back over several hundred thousand years. For the most recent climate period, the Holocene, these records are up to annual in resolution. Similar work in Brazil and the Peruvian Andes demonstrates strong asymmetry between the Northern and Southern hemisphere tropical rainfall on timescale ranging from orbital to millennial.

I have three current research projects that use speleothems to investigate climate variability.  First, in the Yucatan region of Mexico, Martin Medina (Amherst Collge) and I are speleothems to study the patterns and causes of claimte variability at the edge of the NH tropics.  One focus of this work is the relationship between climate and Mayan cultural evolution.  Second, Laurie Godfrey (Dept. of Anthropology, UMAss) and I are studying the climate and environmental history of Madagascar and the relationship between climate and the disappearance of Madagascar's megafauna.  Finally, David McGee IMIT) and I are in the early stages of investigating climate change in Southeast Asia using speleothems from caves in Vietnam.