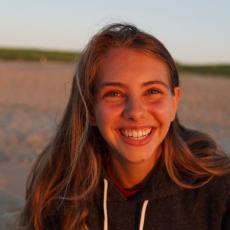 Methods: On July 12th, 2021 the emergence cages were set up in UMass Cold Spring Orchard (CSO). Under each cage 30 infected apple fruitlets, a certain species of EPNs in a certain concentration (there were 6 treatments and a control), and 36 PC larvae (which had been collected in the lab with collected fallen apple fruitlets) were placed. In the top cup of the cage a slice of fresh apple was placed to help lure the adult PC up. Every week the cages were checked, and the apple slices were replaced.

Results: Compared to the control cage there was higher mortality in all the treatments, helping to show that EPNs did have an effect on adult PC emergence. This season there was only a total of 9 adult PC recorded, with 6 of them being in the control. Because there were so few adult PC that emerged concrete conclusions cannot be made.

Methods: On May 25th, 2021 soil samples were collected from the areas at CSO where EPNs had been applied last year. 20 wax moth larvae were placed in each soil sample (we didn’t have PC larvae at that time) and mortality was recorded over 3 days. White traps were set up to test Koch’s Postulate, to prove that the larvae had died from EPN activity. The water from the White traps was used to reinfect more wax moth larvae and a few PC larvae. These cadavers were then dissected, and EPNs were found.

Results: Based off the results from 2 different locations it was shown that EPNs survived the New England winter. Because we used insects that were highly susceptible to EPN activity (wax moth larvae) it is still unclear if they survived in a high enough rate to be effective against PC.

Jaelyn Kassoy poster
Back to top