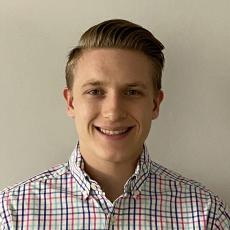 Brown rot fungi cycle more woody carbon in the environment than any other group of organisms, however, the mechanism by which they degrade wood is not fully understood. Currently, it is known that brown rots secrete a gel-like substance known as the ECM to help them degrade their substrate, wood cell walls. The ECM, which is composed of a ß-glucan matrix, directs the flow off metabolites towards the reaction site, while also preventing free radicals that are produced in said reaction from damaging the fungal hyphae. Oxalate crystals are frequently found in this matrix, but their exact role is not known. However, solubilized iron, which oxalate helps produce, does play a role in wood decay.

The goal of this project was to determine the role oxalate plays in the ß-glucan fungal ECM by exploring the chemical and physical changes it may cause in the ECM, as well as how binding to ß-glucan may affect diffusion. To do so, we created gels made of ß-glucan and oxalate, which mimic the ECM of fungi, and performed rheometry as well as oxalate diffusion tests on the gels. So far, we have learned that oxalate does modify the structural and chemical nature of the ß-glucan matrix, which in turn may affect the diffusion of bound oxalate from the ß-glucan, however further study is needed to determine the exact nature of these interactions.

Kyle Mastalerz poster
Back to top