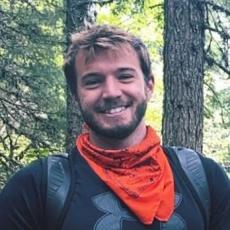 The Conservation Assessment and Prioritization System (CAPS) is a computer model and sophisticated approach to assessing the ecological integrity of ecosystems. It is being used as a comprehensive wetlands assessment and monitoring program for Massachusetts. When credible models of ecological integrity can be developed we use them to get a comprehensive assessment of all Massachusetts wetlands and use it to guide field-based assessments (rapid or intensive) and policy/management to maintain or improve wetland condition.

The project investigates the use of unmanned aerial systems (UAS) to collect data when timing is critical and test the potential of using various sensors to assess vegetation health/stress and physical characteristics of salt marshes. The data are calibrated and assessments validated using data collected on the ground, and will be used to calibrate and test other remotely sensed data (satellite and aerial photographs). The goal is to use UAS technology as part of a nested approach to remote sensing (also including satellite data and aerial photographs) to assess the physical and perhaps biological (e.g. plant stress) condition of salt marshes. Once a system has been developed for assessing salt marsh condition using remote sensing, perhaps supplemented by limited ground data collection, it will be used to assess a large number of sites across the full range of salt marshes in Massachusetts. From these data we will use landscape-scale modeling to create CAPS metrics for characterizing stressors affecting salt marshes and create an IEI model for salt marshes that reflects biological and physical condition as evaluated in the field

What did you do for your internship and how did your work contribute to the goals or objectives of the project?

On our UAS Salt Marsh team, although there is a lot of overlap, there are two primary groups of team members: the Field team and the Data Analysis team. Due to both my interests in GIS and Python programming as well as the COVID-19 restrictions, I was placed under the supervision of Dr. Kate Fickas and Lead Drone Pilot and Technician Ryan Wicks. Under their direction, I had two primary responsibilities which were to automate the generation of training data to run in Dr. Fickas’s model to classify salt marshes, and to assist with image processing from the drone flights carried out by Ryan Wicks and the other team pilots.

The field technicians went out to the salt marshes and collected in depth data in the form of transects and mapping units with the ground cover classification. My role was to take that data and transform it into polygons to serve as training data for the large-scale classification model. The data were required to be accurate to the exact pixel, due to the precision of the model.

Due to the immense amount of field data collected, the transect generation needed to be automated, so I developed a Python script within a Jupyter notebook that can take the field data and automatically produce the training data needed. This script is constantly being worked on to receive various formats of field data and is playing a pivotal role in how the field technicians will be collecting more data in the upcoming field seasons to expedite the generation of these data products.

Under the supervision of Ryan Wicks, I used Remote Desktops to use drone photogrammetry software, Agisoft Metashape, in order to produce highly accurate Orthomosaics and Digital Elevation Models to be used in further analysis.

How did the internship help you to understand or advance your own future goals (academic, personal or professional)?

In the last 2 years I have found a profound interest in GIS and Data Science, as well as the field of Building Construction Technology. Many GIS professionals are avid programmers, so this was an amazing opportunity to further advance my programming skills in a professional environment, and automate using Jupyter Notebooks. Being in the research field, I was encouraged to use all open source software, allowing me to broaden my Python knowledge and gain experience with external Python libraries such as Geopandas.

I have a small amount of experience working with Unmanned Aerial Systems, and this was a great way to get more exposure to how they are used in a professional setting and even gain hands on skills within photogrammetry software. I have also immensely improved my troubleshooting skills and collaborated with the other team members on fixing various photogrammetry and other software issues.

Additional comments, thoughts or observations about your summer internship

I need to thank Charlie Schweik and Scott Jackson for giving me this opportunity. I was previously employed at UMass’s Physical Plant as a GIS Assistant, where I was intended to work for the next 2+ years and work on a Master’s project there. However, due to the COVID-19 pandemic and its financial burden, all non-permanent employees at Physical Plant were laid off, disbanding my entire GIS team. After scrambling to find a new job and reaching out to Charlie who I have previously taken courses with, and after a lot of dialogue with him discussing my future plans with GIS and UAS, Charlie brought forward the CAFE position the minute it opened. This opportunity completely turned my summer around from what looked like was going to be an entire summer of missed experience to essentially the best experience I could have had. I’ve learned so much under the supervision of some of the best professionals in their own fields and could once again work with a diverse team of not only talented, but exceptionally personable individuals. I was once again blessed to continue my work on the project through the semester where I hope to wrap up some current projects and publish some of my work and code on GitHub. This is an unparalleled opportunity that I can only recommend to everyone looking for a great summer internship in the future.

Finally, a sincere thank you to my amazing team members for all their hard work and dedication to the project. Charlie and Scott for being the primary facilitators and leading the team. Dr. Kate Fickas for guiding me and her amazing work on the HHPCC and the classification system, as well as Marc Carillo for his assistance on that. Ryan Wicks for leading the way with UAS work, Josh Ward and Amanda Davis both for their amazing contribution in the field, data processing, and analysis, and finally Taylor Braunagel and Lucy Cousins for the amazing work in the field and on data analysis respectively. 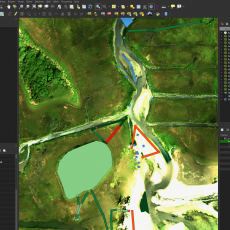 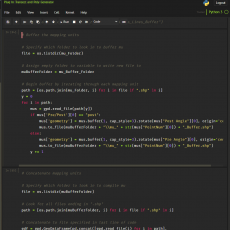 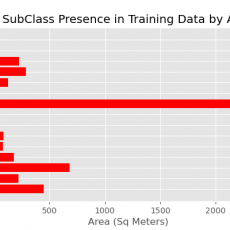