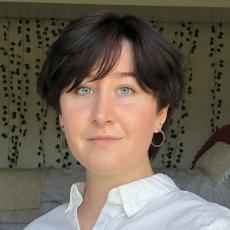 The goal of this project is to determine whether the invasive species spotted lanternfly (Lycorma delicatula; SLF) has established populations in Massachusetts. The spotted lanternfly is a looming threat, already established in several states following its accidental introduction to Pennsylvania in 2014. This species feeds on over 100 species of plant, including fruit trees, many native hardwoods, and grape vines, which makes it very threatening to many large industries such as production agriculture and commercial horticulture. Early detection and monitoring, which this project hopes to achieve, can help establish the current range of this species in Massachusetts, which could be useful in preventing further spread.

Between May 17th and June 1st, a fellow lab technician and I scouted out locations where Ailanthus altissima (tree of heaven), the preferred host plant of the spotted lanternfly, was reported in order to confirm their presence at these locations and find potential trapping sites for the SLF. We found stands of Ailanthus in the towns of Amherst, Belchertown, Springfield, Holyoke, Deerfield, Longmeadow, and Greenfield, which allowed us to install 13 replications of our traps. Each replicate has two treatments and one control across three trees, which were labelled treatments A, B, or C. On tree A, we applied a puttylike substance called SPLAT (Specialized Pheromone and Lure Application Technology), which contained a chemical, possibly a pheromone, that targets the spotted lanternfly developed by the United State Department of Agriculture’s Dr. Miriam Cooperband. On tree B, the trap was baited with methyl salicylate, also known as wintergreen, a lure that is currently being used in SLF traps nationwide. Finally, tree C was the control, which meant only a circle trap was deployed on the tree without including a lure. Circle traps, which are attached to each tree at chest height, are constructed with a double layer of mesh stapled to the trunk of a tree. They are open on the bottom for the insects to crawl up into and funnel into a collection bag at the top. Each week, a lab tech and I would retrieve the collection bags on all the traps. I would analyze their contents back at the lab by counting the bycatch, identifying it to Order, and preserving it in tubes of ethanol. I used R Studio to make several figures with the data, and I am continuing to gather and analyze bycatch throughout the fall of 2021. I will be learning new ways to utilize R for more in-depth data analysis to see if our different treatments or site factors impacted the bycatch that was collected. To date, we have not captured any spotted lanternfly in our traps around the Pioneer Valley, so the presence of an established spotted lanternfly population in this area of Massachusetts cannot yet be confirmed by this research.

Caroline Schelleng Poster
Back to top