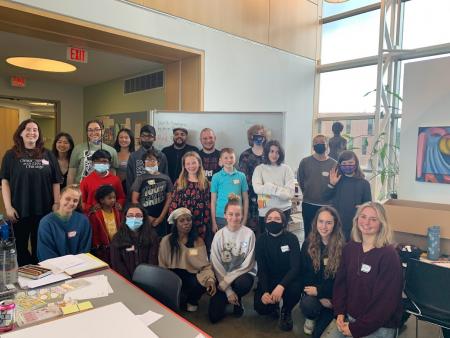 Over the months of March and April the youth were led by UMass Grad student, Chris Spinozzi, over zoom to think about an app they wish existed, who would use it and what it would include.  They created a logo, name and color scheme for their app, taking many factors into consideration.   Then on April 9th the 4-H'ers joined Professor Jeffery Kasper’s UMass Art students on campus for a Design-A-Thon where they learned about taking their plans and using a program called “Marvelapp” to start to put their app together for Beta testing.   To help the creation and debugging there were three teams based on the focus of their apps:  Travel, Environment or Animal Care.  Along with a day of working on their apps they had a pizza party and tour of the Art building and several of the students’ studios.  Most of the participants’ favorite parts of the program was being able to work with the UMass students and see their amazing artistic talents.  After a few more weeks of virtual meetings the 4-H'ers got invited to participate in the semester ending showcase and provide feedback to the UMass students on the apps they created in their UMass class.

A thank you using the Marvelapp created by one of the teams. 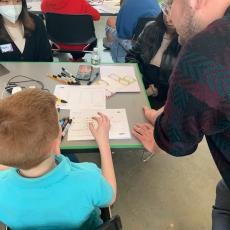 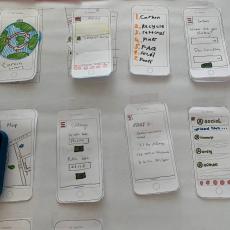 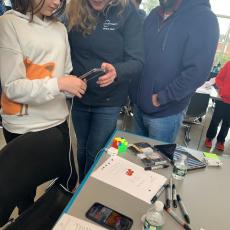 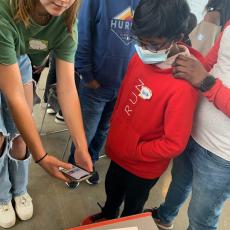 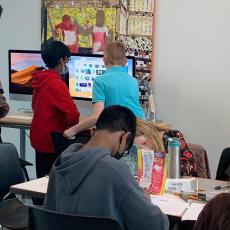